In this article, Leaned Senior Advocate, Kemi Pinheiro, explains the reasons why he believes that the implementation of Virtual Remote Hearings in the courts, does not require an amendment of the 1999 Constitution, pointing out that, the Constitution cannot deal with matters of procedure. He therefore, enjoins all Heads of Courts to take steps in line with the NJC Guidelines, to issue Practice Directions for virtual proceedings in their various courts

According to Justice Madan Loukor:
“Harnessing technology for the benefit of litigants – seekers of justice – is of utmost importance, and this is eminently achievable through visionary leadership.”

Before proceeding to state why a constitutional amendment is not required, I wish to first invite the attention of all to the fact that, the United States Constitution of 1787 has been in existence for 230 years, with only 27 alterations. Similarly, the Canadian Constitution of 1867 and 1982 (both in operation in Canada), have been altered only nine times. Those countries have only been faced with little, or no constitutional crisis. The Nigerian Constitution on the other hand, is 21 years old and has been altered five times within its short life span. In fact, it has now become the practice for every Assembly to amend the Constitution. Should that really be the case? I will proceed to now demonstrate why a constitutional amendment for virtual hearing, is not required.

Reasons why a Constitutional Amendment for Virtual Hearing is not Required. Firstly, it is imperative that we understand what a Constitution is, and what it should ordinarily contain. In this regard, I will rely on the decision of the Supreme Court in the case of FRN v Osahon (2006) 5 NWLR (Pt. 973) 361 where per Belgore JSC (as he then was) opined thus:

“Constitution of any country is the embodiment of what a people desire to be their guiding light in governance, their supreme law, fountain of all their laws…Common sense must be applied to give meaning to all its sections or articles”. Taking a cue from the foregoing, in the case of F.C.D.A. v Ezinkwo it was held that:

“The Constitution being the organic law of the country and the fons et origo from which all other laws derive their validity…no part of it can be described to be adjectival or procedural law…The Constitution is a substantive law”. Clearly, matters of procedure cannot be found in the Constitution. May I also invite attention in this regard to the opinion of Nora Hedding of the Institute for Democracy and Electoral Assistance, which I adopt as mine as follows:
“A Constitution is not meant to provide laws and regulations, for every aspect of a functioning society. It is usually neither practical nor beneficial for a Constitution, when envisioned as a long-term, general framework for operation of the State, to go into details. It is impossible to predict how society will look in the future, and what its specific circumstances and needs will be”.

It is therefore, not surprising that there is no provision in the Nigerian Constitution on how the Executive Arm of Government is to hold its meetings (i.e Federal Executive Council Meetings), or for how the Legislature would hold parliamentary sessions. Such issues are easily dealt with, by the rules set up by the Legislative houses. In fact, recently the Federal Executive Council held its meeting virtually, with no constitutional amendment. Why then should there be a constitutional amendment, specifying how the Judiciary should hold court sessions?

“the proceedings of a court or proceedings of any tribunal relating to the matters mentioned in (1) of this section (including the announcement of the decisions of the court or tribunal) shall be held in public”.
As would be rightly observed from Section 36(3) of the Constitution, public has not been restricted to “court room”. Also, physical presence or place was not mentioned. What then is Public? Public as stated in Section 36(3) of the Constitution is used in an adjectival sense, and according to Oxford Learner’s Dictionary Online, Public when used as an adjective in terms of a place refers to: “where there are a lot of people who can see and hear you”
Similarly, public used in an adjectival sense according to the Cambridge Dictionary online is: “relating to or involving people in general, rather than being limited to a particular group of people”.

With the modern day reality of the world wide web as a virtual public space which members of the public can easily access, and the advent of virtual public meeting rooms via collaborative platforms such as Zoom and Skype for Business where members of the public can participate, can we then say a hearing conducted via any of those public platforms offends Section 36(3) of the 1999 Constitution, to warrant an amendment of the Constitution?
It is my view that, the contention that “public” meansopen court, is a product of a very narrow and restrictiveinterpretation of “Public”. To start with, the cases reliedon for the contention such as Menakaya v Menakaya(2001) 43 WRN 138 and Oviasu v Dr Oviasu & Anor (1973) 1 ALL NLR 730 dealt only with the issue of whether hearings conducted in Judges’ chambers constitute “public”, and it is the settled law that a case can only be good precedent in another case where the facts are similar. Thus, where the facts are not similar theprecedent will be inapplicable.

What then is the judicial position on what constitutes “public” within the meaning of Section 36(3) of the 1999 Constitution (as amended)? The judicial position has always been tilted towards considering same as a matter of fact, and before now the appellate courts have not been confronted with facts bordering on remote hearing. However, the appellate courts have always viewed “public” in this context, from the standpoint of access to members of the public. See: Nigeria-Arab Bank Limited v Barri Engineering Nig. Ltd.

See also, the dictum of per Muhammad JCA in the case of Kosebinu & Ors v Alimi (2005) LPELR-11442(CA) where he opined as follows: “a place qualifies under Section 36(3) of the 1999 Constitution to be called “public” … if it is outrightly accessible, and not so accessible on the basis of the “permission” or “consent” of the Judge.”
Consequently, if the general members of the public can have access to participate in a proceeding, then it meets the requirements of public hearing. This must have been borne in mind by the National Judicial Council (NJC) when, in setting out the policy of the Nigerian Judiciary as it relates to virtual hearings, specified that details of such hearing must be publicised to enable members of the public participate. Therefore, publishing the information of the url and login details becomes sine qua non to a virtual hearing, andas soon as that is done, it qualifies as hearing in “public”

All that is now required, is for the appellate courts in Nigeria to adopt a purposive interpretation of the Constitution that will take into account the current realities, and the fact that, by the tenor of the provisions of Section 36(3) of the 1999 Constitution (as amended), public has not been restricted to the courtroom, neither has virtual proceedings been prohibited.

It is also my considered view that, the NationalAssembly should give attention to other pressing issuesaffecting the nation, such as giving legislative support tothe fight against the spread of Coronavirus, otherwisesooner than later our Constitution will be an “encyclopaedia of alterations”. What is required is progressive thinking and interpretation of those existing provisions, in the light and context of present day realities.

Conclusion
It is my considered opinion, that necessity is the mother of invention, and in this period of the Covid-19 pandemic in which access to justice has been hindered to contain the pandemic, there can be no better time for the Nigeria Judiciary to commence virtual hearings. It is my hope that, all Heads of Court will take steps in line with the Guidelines of the NJC, to make Practice Directions for virtual proceedings in their Courts. As stated by Gabrielle Katriel:

“Let us rise to the occasion, not stoop to the circumstance” 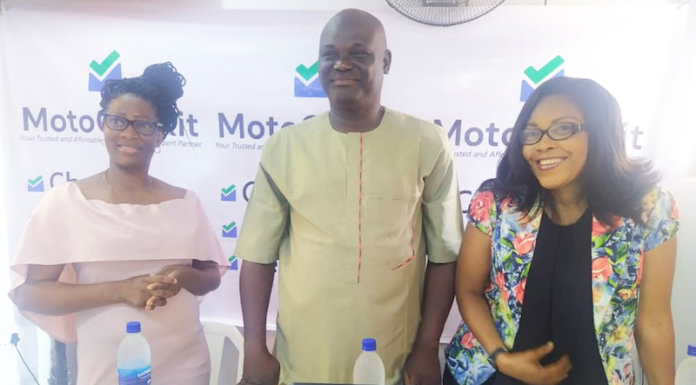