A United States-based foundation, Global Health and Indigent Care Foundation has distributed rice to about 4,000 households in Ayetoro-Gbede and Igbaruku-Okeri communities in Kogi State.

The foundation, owned by a Nigerian-born family, Dr. Sam and Mrs. Lola Oloyo executed the food outreach programme as a response to the economic dislocation prompted by the spread of COVID-19 pandemic in Nigeria.

Oloyo who has at various times intervened in education and health sectors in Ayetoro-Gbede and adjoining communities, commended the traditional institution, the Ayetoro Gbede Global Network, and its President, Mr. Ola Oyelola, as well as another United States- based compatriot, Mr. Olaolu Eniolorunda, for their various roles in ensuring the success of the programme.

In his address, Oloyo, explained that the foundation recognises the significant hardship and humanitarian crisis that people are having to contend with during this moment of ravaging pandemic.

He hoped that the gesture would help to alleviate the pain and hardship.

In his speech, the Olu of Ayetoro Gbede, Oba David Sunday Ehindero, who described the gesture as a ‘gigantic gift’ to the community, recalled the various health outreaches that Oloyo and his foundation had conducted in Ayetoro Gbede and environs.

He described the gifts as another proof of Oloyo’s humanity and kindness.

He prayed for God’s blessings on the donors.

Head of the Local Organising Committee for the distribution of the items, Mr. Richard Akanmode explained that the data of all households in the community had been collected earlier, to guide the committee in its assignment.

He commended Oloyo and his wife for their consistent demonstration of love for the people, and for the zeal and sacrifice with which they executed the programme. 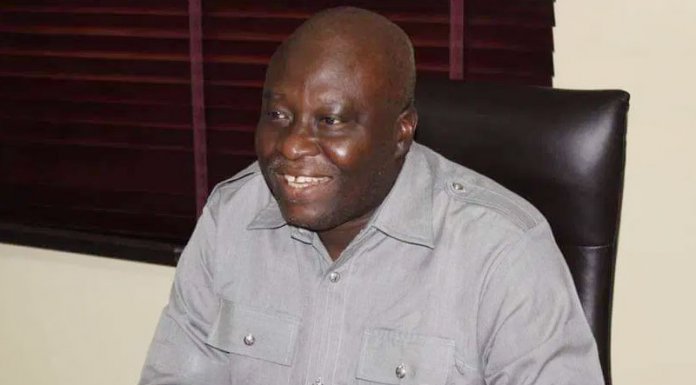