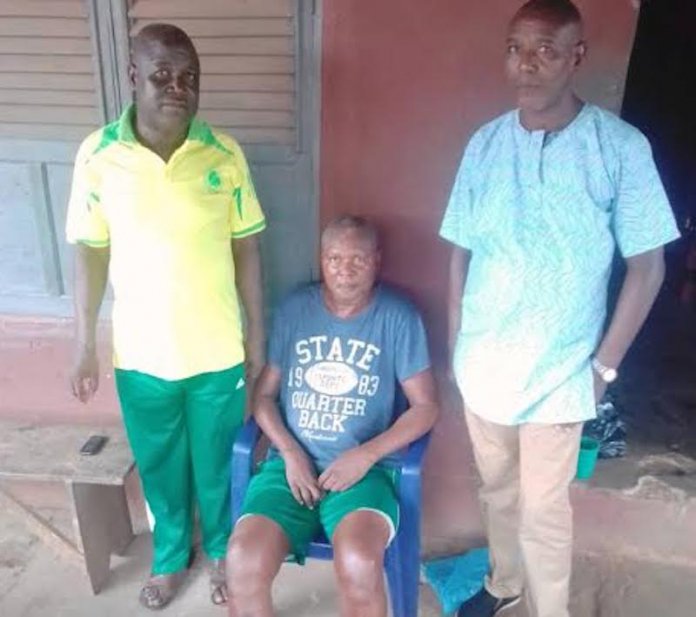 Following his outcry in a national paper that he was sick and in dire need of support, the Minister directed one of his aides, Mr. Ogunjimi to trace Eboigbe and hand over the cash gift to assist him.

The amount donated to Eboigbe was not disclosed.

According to the Minister’s aide, the gesture would not end with just the cash gift, but the ex-international would be given needed medical assistance after proper evaluation.

“The state of his ailment would be assessed by medics with the aim of giving him proper treatment to be paid for by the Minister,” observed the minister’s aide.

At the weekend, the Federal Ministry of Youth and Sports had written to the Nigerian Football Federation to come up with a welfare package that would take care of ex internationals who are either sick or injured.

Dare had similarly extended his assistance to the mothers of late Rashidi Yekini, Samuel Okwaraji and quarter miler Sunday Bada.