The council also approved N47.235 billion for the provision of additional power grid infrastructure to aid the supply of 40 megawatts of electricity and $80 million loan for Ebonyi State.

In addition, it consented to a loan facility of $1.2 billion to finance the mechanisation of agriculture in 632 local government areas (LGAs) nationwide.

The revised budgetary estimates are based on a benchmark of $25 per barrel of crude oil, down from the original $57 per barrel and at a production rate of 1.94 million barrels per day (bpd).

The revision of the budget came against the backdrop of the economic crisis unleashed by the double whammy of the onset of the COVID-19 pandemic, which disrupted economic activities, and the sharp decline in the price of crude oil occasioned by the impact of the pandemic and oil price war between two critical producing nations, Russia and Saudi Arabia.

Addressing journalists, after a virtual meeting of FEC, the Minister of Finance, Budget and National Planning, Mrs. Zainab Ahmed, said the revision of the original budget signed into law from N10.594 trillion to N10.523 trillion, translated to a difference of N71.5 billion.

The virtual meeting was presided over by President Muhammadu Buhari.

The new budget threshold translates to an increase in the size of the revised 2020 budget by N318 billion from N10.276 trillion earlier proposed but not submitted to the National Assembly, to N10.523 trillion.

Ahmed explained that the new budget was based on the crude oil benchmark price of $25 per barrel for the adjusted 2020 budget, up from the $20 per barrel earlier announced by the Budget Office and down from the $30 earlier proposed and the $57 in the original budget.

Ahmed, who said the deficit would be financed by both external and internal borrowing plans, highlighted the borrowing arrangements with the proposed creditors.

“The Ministry of Finance, Budget and National Planning submitted a memo to the council for approval of the amendments of the Medium Term Expenditure Framework for 2020-2022 as well as an amendment to the 2020 budget.

“The council has approved our recommendations and the approval has these key parameters. The crude oil price is approved at $25 per barrel; crude oil production is at 1.94 million barrels per day, and then an exchange rate of N360 to $1.

“The revised budget is now in the total sum of N10.523 trillion, a difference of just about N71.5 billion when compared to the approved budget. This is because as we cut down the size of the budget, we also have to bring in new expenditure previously not budgeted, to enable us adequately respond to the COVID-19 pandemic.

“The federal government in this budget will have direct revenue of funding the budget of N5.158 trillion. The deficit to this budget is N5.365 trillion and this will be financed by both domestic as well as foreign borrowing. The foreign borrowing we are doing for 2020 are all concessionary loans from the IMF, which has already been approved and has crystalised; from the World Bank, Islamic Development as well as Afro-Exim Bank. “There will also be some drawdown of previously committed loans for major ongoing projects that we will be drawing from both exiting facilities as well as some special accounts with the approval of Mr. President and the National Assembly and also revenue that we are expecting to realise from privatisation.

“So, the borrowing, the drawdown of the multilateral loan coming from special accounts and coming from the privatisation will fund the fiscal deficit of N5.365 trillion that we have in the proposed amendment of the 2020 budget,” she said.

The minister added that the council approved $80 million loan for Ebonyi State for the construction of Abakaliki ring road, designed to connect 13 local government areas of the state.

She stated that the fund would be sourced from the Islamic Development Bank, adding that the road project would also link neighbouring Cameroon and other neighbouring states.

She also said the council approved Nigeria Customs Service’s request to purchase boats for its surveillance and anti-corruption activities.

The minister explained that approval for the purchase of locally-made boats by the council was in compliance with the federal government’s decision to prioritise the patronage of locally-made goods as part of its economic stimulus plan.

“We have prioritised spending in that plan to use and consume made-in-Nigeria products. For example, some of the public works’ projects that will employ a lot of our youths will be done using strictly our raw materials, so we don’t have to import bitumen for example to build our roads,” she stated.

According to him, the contract is meant for the evacuation of power from the area for onward transmission to the national grid.

He added that Nigeria will continue to lose an equivalent of $9 million per annum if the evacuation is not done.

He said: “Council approved the revised estimated total cost for the augmentation of the subsisting contract in the sum of N47,235,303,821.90 in favour of the original contractor to provide additional critical power grid infrastructure for the full evacuation, deliverance and utilisation of 40 megawatts currently being generated from Kashimbila via Takum, Bukari and then Yandel.

“This is to evacuate completely 40 megawatts to the national grid. In fact, if it is not evacuated, Nigeria government will lose not less than 120 gigawatts of power, which is equivalent to almost $9 million in a year.”

Minister of Information and Culture, Alhaji Lai Mohammed, described the power evacuation plan as a critical project that will serve the North-east region.

“The critical need for this power evacuation is that it will not just serve Taraba and Benue States, but also the entire North-east. And you know, it is something you cannot store.

“Once it’s stranded, it also poses a lot of risks. That is why it is better for us to get these additional funds and then evacuate it; 40 megawatts of power will do a lot to improve the lives of many Nigerians,” he said.

The Minister of Agriculture and Rural Development, Mr. Sabo Nanono, also gave details on the $1.2 billion loan for agricultural development in the local government areas.

He said: “Today, we presented a joint memo with the Ministry of Finance, in which we sought the approval of a loan facility of about €950,000 (Euros) which translated to about $1.2 billion.

“This loan is for the purposes of agricultural mechanisation in this country that will cover about 632 local governments plus 140 processing plants. This is going to be a major revolution in the agricultural sector like we have never seen before. I think the executive council has done the right thing and has approved this.”

In his own briefing, the Minister of Transportation, Mr. Rotimi Amaechi, said the council approved a memorandum for the award of N683.613 million contracts to Globe Motors to supply 19 operational vehicles to Nigeria Ports Authority (NPA).

“It’s the first time in four years that NPA is buying any vehicle and that is why the council considered it and said ‘fine.’ And these are operational vehicles and they are all Toyota vehicles,” he said.

Earlier, Mohammed had explained the rationale for yesterday’s virtual FEC meeting, saying holding the meeting became compelling in view of consciousness that concentrating all attention on the fight against COVID-19 would unnecessarily slow down governance.

“While the task force, the various emergency operating centres are doing their best all over the country to arrest and slow down the spread, the government also thought it was important to fight COVID-19; at least to find a way to be running government. That is why we resulted to technology,” he said. 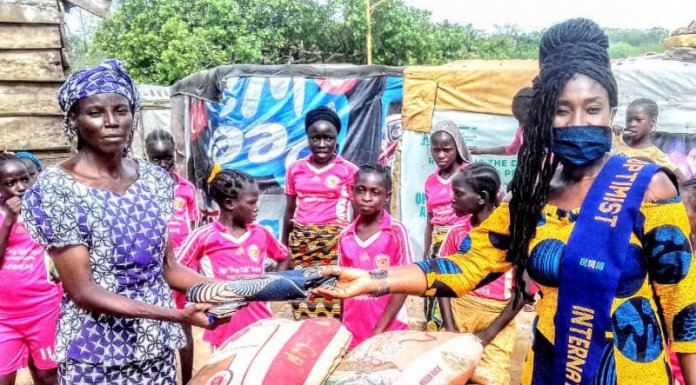