Nigerians consumed about 1. 2 billion litres of petrol in January, with a daily utilisation rate of 38.6 million, a report by the Nigerian National Petroleum Corporation (NNPC), has shown.

The corporation also announced that for the period, its downstream activities were at the lowest, with over 100 per cent deterioration which led to a loss of N1.87 billion, compared to the preceding month.

According to the national oil company, in all, a total of 1,208.46 million litres of the products were sold and distributed by its subsidiary, the Petroleum Products Marketing Company (PPMC) in the month under review, compared to 2,774.78 million litres in the previous month.

“To ensure continuous increased PMS supply and effective distribution across the country, a total of 1.20bn litres of PMS translating to 38.68mn litres/day were supplied for the month.
“The corporation has continued to diligently monitor the daily stock of Premium Motor Spirit (PMS) to achieve smooth distribution of petroleum products and zero fuel queue across the nation” it said.

It added that the 65 per cent decrease in trading surplus decrease in the month arose due to 17 percent drop in the cumulative performance of Strategic Business Units (SBUs) in the upstream and midstream as well as over 100 percent deterioration in downstream activities.

“These weak positions along with deficits of the refineries, ventures and CHQ, led to a decreased surplus to the group” the NNPC said.

The corporation also stated that in line with its commitment to becoming more accountable, responsive and transparent it had continued to sustain effective communication with stakeholders through the reports.

The NNPC said it made a total sum of N151.79 billion from the sale of white products by PPMC in the month under review, compared to N337.63 billion in the preceding month.
“Total revenues generated from the sales of white products for the period January 2019 to January 2020 stood at N2,616.09 billion, where PMS contributed about 97.57 per cent of the total sales with a value of N2,552.53 billion” it said.

Meanwhile, the Department of Petroleum Resources (DPR) has said that it has fuel that will last the next 33 days in its stock, given a daily consumption estimated at 38.6 litres. 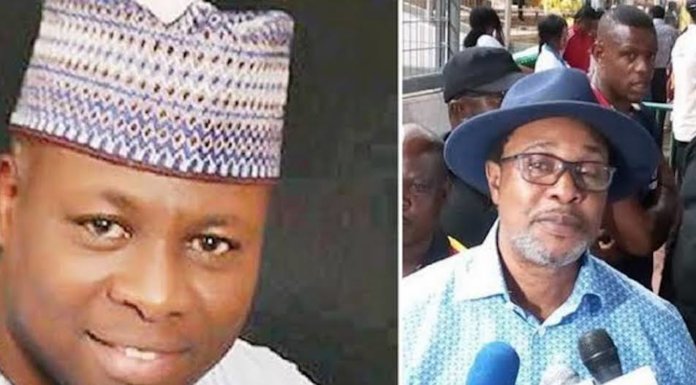