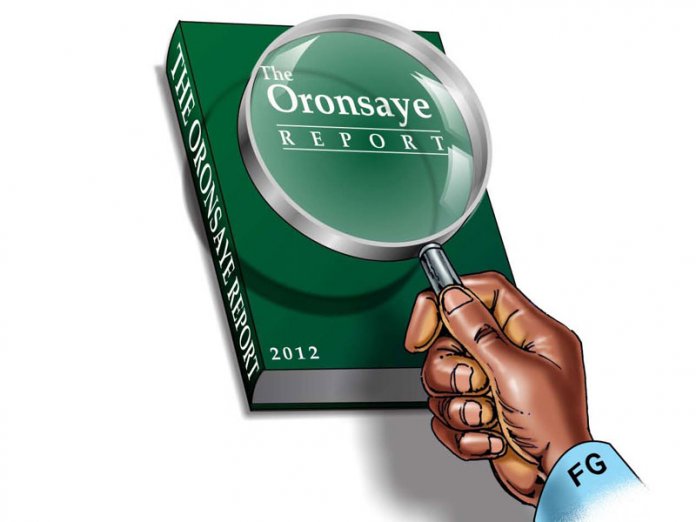 With dwindling resources amid the COVID-19 pandemic that has made nonsense of all revenue projections, the federal government is falling back on the 2012 report of the Presidential Committee on Restructuring and Rationalisation of Federal Government Parastatals, Commissions and Agencies. Established by President Goodluck Jonathan and chaired by then Head of Service of the Federation, Mr Steve Oronsaye (after whom the report was named), the committee proposed a drastic downsizing of the federal bureaucracy that would engender considerable reduction in the cost of governance. According to the Minister of Finance, Budget and National Planning, Zainab Ahmed, “this is a report that has been in place for a long time … but the President has approved that it should be implemented.”

Major highlights of the 800-page report include a recommendation for the reduction in the number of parastatals from 263 to 161 while advocating that 38 of them should be scrapped. Presenting the report eight years ago, Oronsaye highlighted sundry duplication of functions by many of the agencies. For instance, while acknowledging that the Federal Road Safety Commission (FRSC) has been quite active, the committee observed that what the agency was established to do is indeed a replication of the mandates of two existing bodies, namely, the highway department of the federal ministry of works with respect to the maintenance of safety and orderliness on our highways and the role of the police in ensuring law and order on our roads.

While COVID-19 may have forced the hands of the federal government on the Oronsaye report, it is important that they look beyond the immediate challenges. Over the years, successive governments (including the current one) have created a multiplicity of agencies and departments without any corresponding improvement in service delivery. Indeed, the only contribution many can be credited with is that they are cost centres through which some unscrupulous officials fleece government funds. Unfortunately, as we have argued over the years, many of the current parastatals and agencies are sheer duplication as they perform overlapping functions which often result in needless power tussle and conflict of interest. That accounts for why the cost of maintaining the nation’s bloated bureaucracy is rising every year.

This much came out clearly in the Oronsaye report. Aside identifying the waste and inefficiencies in many of the agencies, the report noted that “it is a fundamental breach of acceptable practice of good public sector governance to create a new agency or institution as a response to the seeming failure or poor performance of an existing agency in order to suit political or individual interests. Such a practice has proved eventually to precipitate systemic conflicts, crises and even collapse at a substantial but avoidably high financial cost to government.”

We recognise the challenge that will come with implementing some of the recommendations by the Oronsaye committee but public interest would be better served in doing so. Even when some of the agencies recommended either for outright scrapping or merging with existing ones are creations of statutes, it is our view that there is indeed an urgent need to restructure them. But announcing mere intention is the easy part. The real work is in the implementation.

Instructively, Oronsaye made this same observation to President Jonathan who ended up not implementing the report. He remarked that 12 years after the White Paper on the Ahmed Joda Panel Report on the Review, Harmonisation and Rationalisation of Federal Government Parastatals, Institutions and Agencies (2000), “some parastatals and agencies, which government had decided should either be scrapped, commercialised, privatised or self-funding, are still receiving full government funding, which runs into billions of Naira.”

While we urge President Muhammadu Buhari to go ahead and administer the requisite shock therapy by implementing the recommendations that do not require legislations, we also hope that the exercise will be transparent and not become another instrument in the hands of some unscrupulous politicians.