Bikiya Graham-Douglas has fond memories of Port Harcourt where she spent her formative years. She chats with Vanessa Obioha on her growing interest in the arts and entertainment scene and how COVID-19 will impact the sector

Everything was going smoothly until COVID-19 struck. In fact, Nigeria announced its first index case on the day the festival opened. Graham-Douglas panicked. What would happen to productions? Will people still want to attend the festival? The moments of fear, however, did not linger as she swung into action, taking health precautions by providing sanitizers at designated venues, checking temperatures of attendees and vendors, and ensuring that surfaces were constantly cleaned.

“We got lucky and are pleased to say it’s the biggest and most enjoyable one so far. God really came through for us,” she enthused.
Graham-Douglas is no newcomer on the arts and entertainment scene. She is a stage and on-screen actress, a performing artiste and a promoter of arts. One of the children of four-time Nigerian Minister Alabo Tamunotenyim Graham-Douglas and Bolere Elizabeth Ketebu, former Nigerian Ambassador to Ireland and Iceland, Graham-Douglas has always been at the forefront of promoting arts since she returned to the country over a decade ago. The graduate of Business Economics with Business Law from the University of Portsmouth, U.K, founded the Beeta Universal Arts Foundation (BUAF), an arts organization focused on promoting the arts through production and education, in 2010.
“Development is part of my ethos and when I moved back to Nigeria from the UK, I saw we needed leadership in arts development. Being a solutions-driven person, I had to create this space for artists like myself,” she said.

BUAF started off with stage productions, producing plays in Lagos, Port Harcourt, Abuja, Ireland and South Africa. It was also commissioned to produce a play for the United Nations Education, Scientific and Cultural Organisation (UNESCO) Port Harcourt World Book Capital for the year 2014 to 2015.

The foundation further spread its tentacles to accommodate playwrights whose voices were not heard through the Beeta Playwright Competition (BPC). The competition opened to playwrights between ages 18 and 41 rewards winners with a publishing deal worth one million Naira and production of the winning plays. Some of the winning plays such as ‘Our Son the Minister’ by Paul Ugbede and ‘Jagagba’ by Abdul-Qudus Ibrahim have been published and produced on stage. At this year’s LTF, three playwrights from the competition showcased their works including John Ukut’s ‘Room 7’ which had extra showings at the festival.

The actress shared that the competition was made possible by the support of Union Bank, and as the competition is in its third year, she is confident that it will be a successful outing. Already, 1000 entries have been received and 80 percent of the submissions were from female playwrights.

“For me, seeing these young men and women succeeding in their own right and BUAF being a part of their journey, is the biggest satisfaction one can get for the work one does,” she gushed with pride.

On screen, Graham-Douglas has donned many characters in various films and TV series including the 2013 movie ‘Flower Girl’ where she played Stella and earned an Africa Magic Viewers’ Choice Awards (AMVCA) in 2014. However, the character that increased her celluloid fame was Hadiza Bako, a controversial character in the hit TV series by Femi Odugbemi, ‘Battleground’.

“Hadiza Bako was a complex, intelligent, daring, ambitious, yet flawed character. She was gutsy and dared to do what many wouldn’t have done. She was also mysterious as you never knew what her next action would be. Not easily outsmarted, she kept everyone on their toes. I think that was her appeal.”

To play that character peerlessly, the actress studied some notable TV characters.
“Lady Macbeth and Cersei Lannister from HBO’s TV series ‘Game of Thrones’ were my case studies for building Hadiza’s character. Also, she was very far from my reality being a northern Muslim woman. I read about the culture, watched films and listened to accents of prominent northern women to get the accent right. It was a proper education for me to develop the character and I’m really pleased it paid off. People loved to hate Hadiza and I love that I achieved that. I really enjoyed playing her, and when you enjoy playing a character your audiences will enjoy watching the character.”

That character gave fans the impression that she was a northerner.
“A lot of people thought I was from the north. In fact, some would speak Hausa to me. I heard I was from Kaduna and my uncle was a general in the army and I married a southern Man,” she laughed.
“I went to Maiduguri late last year and many people there thought I was one of them. It was a nice feeling. They were welcoming and very appreciative of my work.”

In reality, Graham-Douglas was born Botoba Tamunolobobikiya.
“Botoba means Boto’s daughter. Boto was my great-grandfather and Tamunolobobikiya means ‘one who holds God would never fall’. I go by Bikiya which means ‘would never fall’ and I hold on to the promise of my name in my everyday life and living.”
Graham-Douglas has fond memories of Port Harcourt, the garden city where she spent her formative years and inspired her love for arts. She remembers visiting the Cultural Centre to watch plays.

“In fact, my interaction with the plays at Cultural Centre inspired my decision to be an actress,” she pointed out. “There was and still is a vibrant choral music scene in Port Harcourt and I remember many performances in our household. My father was Commissioner of Culture and Tourism at the time and he later became Minister of Culture and Tourism, so the arts were always a part of my forming years. Growing up there was a lot of fun. It was really the garden city. There were no airs to anyone, everyone was equal and we all just had a laugh. We prayed, ate and sang together. I hold the city very dear to my heart. I am a Port Harcourt girl through and through.”
She, however, admitted that she is not fluent in her language.

“I don’t speak as much as I would like to but I understand it. I’m working on getting better because the Kalabari language is so beautiful and musical. I’m a proud Kalabari girl.”

With the global crisis caused by COVID-19 upending stage and movie theatres across the globe, Graham-Douglas predicts that consumer behaviours post Covid-19 will change the pattern of distribution for content providers.

“I foresee people changing their distribution strategy for their content. People will become more innovative on how to create content and the formality of traditional content will change. Ultimately, people like the make-believe world and would crave content as they know it. We will face a slight depression but a surge will happen to stabilize traditional content.”

She advised that artists should find alternative ways to create content, cut spending while being effective, take advantage of technology, engage the business sector, and trade ideas for the profitability of the arts in Nigeria.

“I believe Nigerians love arts. Our art is who we are but the distractions of corruption, hunger and survival get in the way but we are encouraged and are seeing positive strides, more commitment, sponsorship and acceptance. I am sure that things will stabilize in time.”
In the meantime, she is coping and has discovered an uncanny passion for documentaries during the lockdown. She made a long list of the documentaries she had seen so far which includes the Netflix hit docu-series ‘Tiger King: Murder, Mayhem and Madness’. However, the documentary that struck a chord with her was the 2016 concert tour series on American singer and actress Barbra Streisand, ‘Barbra: The Music, the Mem’ries, the Magic.’ 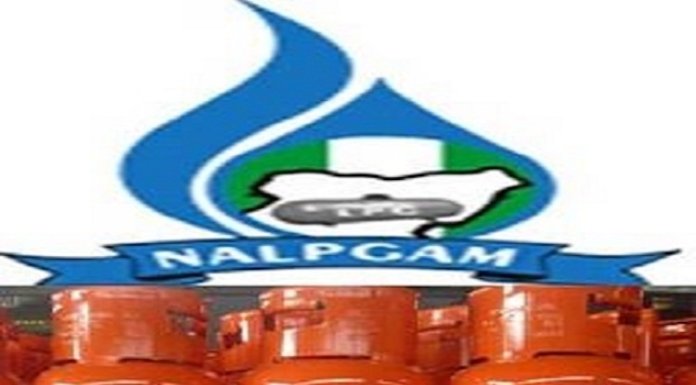