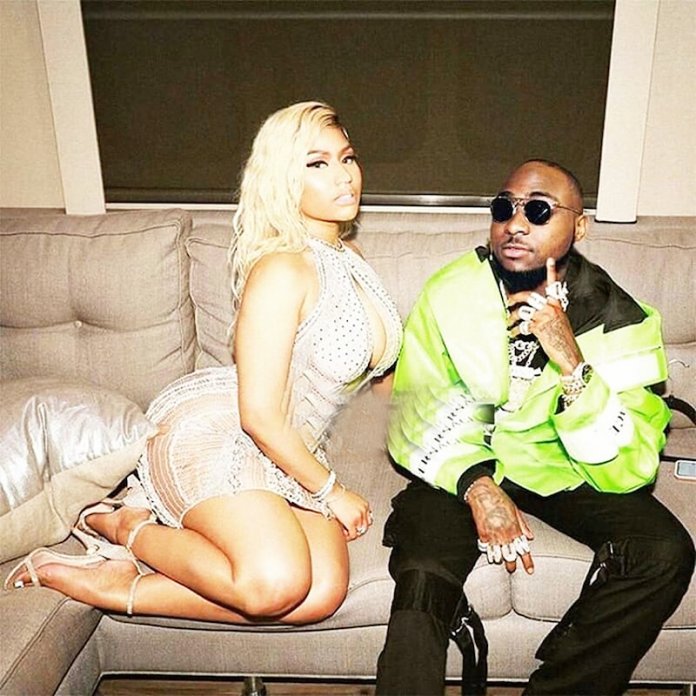 Just about the moment Nigerian superstar David Adeleke announced he has an incoming single with American superstar Nicki Minaj, he had also hinted of a new album tagged ‘A Better Time’. The Sony Music act, well known as Davido, had barely dropped his sophomore album last year titled ‘A Good Time’. The record was released on November 22, 2019. Davido took to twitter days ago to announce he will be dropping his third studio album ‘A Better Time’ by July 2020.

The album which will feature Tiwa Savage already has eleven tracks recorded. This, Davido announced on Monday via his Twitter handle. In another Tweet, he also revealed that it took him and everyone who worked on his new album 14 days to put all the tracks together.

While Davido’s sophomore album, A Good Time was released over five years after his debut album, OBO, the DMW honcho is ramping up efforts to fill his discography and his fans are excited.

The multi-award winning singer, in December 2019, announced a North American tour in support of the album; the tour was scheduled to begin in the winter and end in spring 2020. In March 2020, the singer postponed the tour due to the ongoing coronavirus pandemic.

Judging by how successful his Good Time album was, fans are really excited about the upcoming album. It came as no surprise that fans went wild with excitement on Twitter. Amidst the excitement on Twitter, a Wizkid fan saw the news as an opportunity to hate by comparing Davido’s success to Wizkid. According to the troll, if Nicki Minaj was working with Wizkid, she would have been the one tweeting about the news and not the other way round.

The troll then added that Davido should calm down because there are levels to this. Davido was obviously not impressed with the constant trolling from Wizkid’s fans who are also known as Wizkid FC. The singer expressed as much in his reply to the troll. Two years ago, Nicki Minaj and Wizkid had shared their photos during a studio session on their respective Instagram pages. Reacting to fans, Davido tweeted: “All I see is fans up in my mention arguing every f#cking day!!! Damn una never tire all these years? Person no fit even see road for Twitter again damn… corny AF.”

Davido has worked with many International artistes, including Chris Brown, Summer Walker, Popcan, Cardi B, Quavo, Tinashe, Casanova, Meek Mill, Tory Lanez, Wale and others. Nicki Minaj is the latest addition to an already long list of international ‘features’ that Davido has amassed. In spite of the Covid-19 induced lockdown, the singer is still making massive moves to top the spotlight. The Risky crooner recently premiered the video for D & G, a song off his last album featuring American singer Summer Walker.

The music video was shot while Davido was still in Los Angeles as part of his North American tour just a few months ago. Millions of fans who streamed the music video could not help but praise the singers for their creative genius and the synergy between them on the project. Interestingly, the music video was not just one of his regulars, but one dedicated to a greater cause.

During a feature on American news station, CNN, the singer while speaking with entertainment reporter Chloe Melas, opened up about his collaboration with Italian luxury fashion house, Dolce and Gabbana.

The ‘OBO’ explained that while he was on tour, he was working on a campaign with the fashion brand. Along the line he learnt that D&G was embarking on a research to fund a vaccine for the Covid-19 virus. This was what motivated him to donate proceeds from the music video project towards the research.