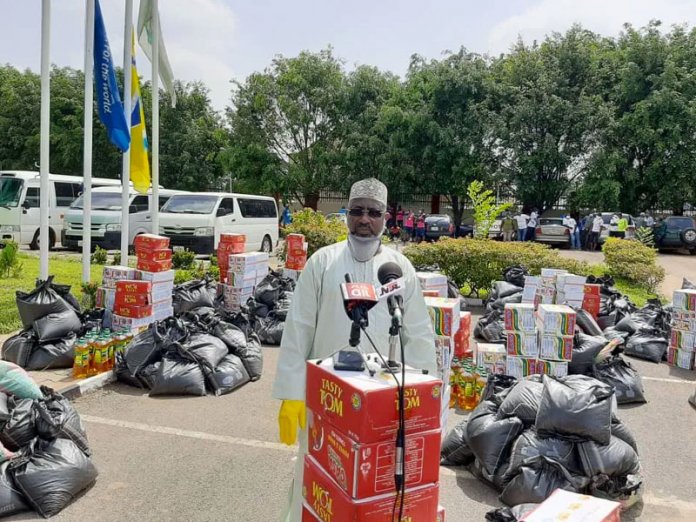 The Nigeria Football Federation (NFF) yesterday handed out palliatives to representatives of 14 different clubs and two communities in the Federal Capital Territory, Abuja as token support in the wake of the novel coronavirus pandemic ravaging the entire world presently.

At the presentation of packed items such as rice, beans, Indomie noodles, groundnut oil and tin tomatoes at the football body’s headquarters inside the MKO Abiola National Stadium, NFF General Secretary, Dr. Mohammed Sanusi clarified that the palliatives were the initiatives of the NFF as its own relief to a number of stakeholder-clubs and not procured from the $500,000 that world body, FIFA has promised to send to each of its Member Associations.

“This package is the initiative of the NFF to, in its little way, support some stakeholder-clubs and communities within the FCT as a result of the COVID-19. This did not come from the money that FIFA is sending to NFF and its Member Associations. When that money comes, it will come with clear instructions on how it should be spent, though we have already got the hint that it will be principally on operations of the Federation.