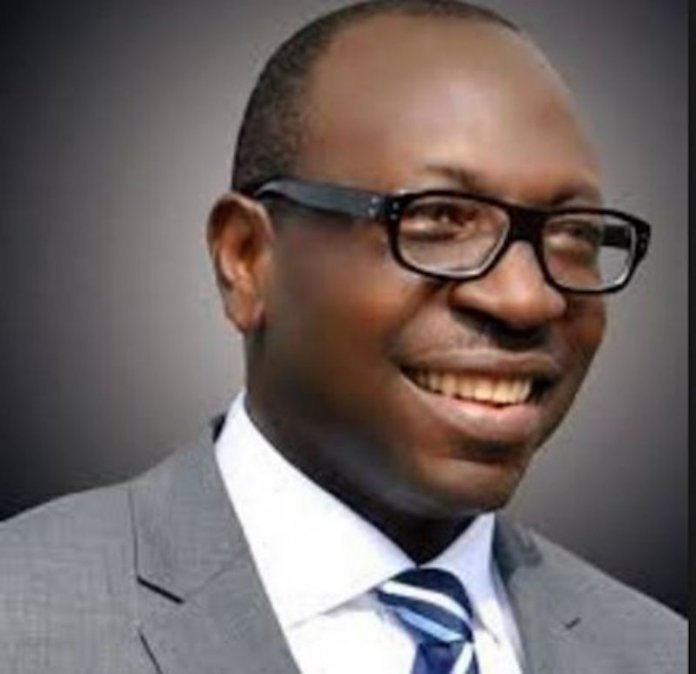 According to Thomas Hobbes, life for man in the state of nature was, solitary, poor, brutish, nasty, and short. It was an era marked with great trouble as men, in their natural instinct for self-preservation, found right in might. Yet, chaos can neither be sustained nor controlled, hence men began to evolve towards civil society. It is this evolution, onward and continually marching, that has brought forth tools of civilized living like government, laws, institutions, etc. It is in this process that the need for visionary leadership arose as men continue to strive towards the best possible living experience.

So far, nations, great and small, have kept themselves in this perpetual course towards greatness. For these nations, there has been a varying degree of success, as crucially determined by each nation’s seriousness and faithfulness to the goal. Often times, although aided by the strength of independent institutions, it is the leaders of these nations, through their character and competence, that determine the fate of these nations.

This aspiration towards greatness goes beyond the national scale. For countries with federal design, component states, in their autonomous nature, strive separately towards their desired destinies. Such can be seen and exemplified by the United States of America where states—like Michigan, California, New York, Pennsylvania, Las Vegas, Texas—enjoy the different conditions of living, different economic reality, and a different ratio of commitment to the ambition of greatness.

Nevertheless, as in America, so it is in Nigeria—a country practicing federalism. The various states of the country strive and aspire, differently, to the mission of greatness. There is Lagos, the torchbearer in socio-economic advancement, and followed by other states locomoting in various stride towards the ambition. Some states are beginning to increase their pace, beginning to dream bigger, beginning to aim higher.

These states may be inspired by visionary leaders or compelled to do so by ambitious citizens. However, where there is no visionary leader, then a gap opens up for the people to strive for their own destiny and two cases buttresses this point. First is Delta State, a state that has begun to aim higher and dream bigger, their increased pace towards such independence led by the former Governor Uduaghan who started the plan to divest the state from its over independence on federal government’s allocation.

The second example is Edo State, a place famed for its lofty ambitions, but have recently come up short as they are bedeviled with bad leadership. Edo state, currently, is like a chariot of fire with ambitiously flaming cogs but dulled down by sickened horses unable to lead the cogs into fiery locomotion. Thankfully, even as the current leadership suffers a lack of vision and ambition, there are over hundreds of brilliant minds able and capable to lead the state towards achieving a more refined and better living conditions. One of these persons is Pastor Osagie Ize-Iyamu who, in an article written five years ago, had predicted the need for delineation from the over-dependence on the federal government’s monthly allocations and occasional bailouts. He believed Edo State is made of more, should stand tall, and be a place of greatness—he still does.

In the article titled ’Edo Without Allocation’, Pastor Ize-Iyamu had stated that the ”true test of a viable state is the ability to be financially self-reliant” after he raised questions like: ”Can Edo state survive without Federal allocation? Does Edo state qualify amongst the few states in Nigerian that can truly be called viable entities?”

It is sad that after four years of Godwin Obaseki’s leadership, this question remains pertinent because the existing administration has not provided the kind of leadership that solved the puzzle. Yet the questions Pastor Ize-Iyamu raised has not been exhausted, and it is even more interesting given that in the structuring of those questions, one finds the pointer to policies and initiatives needed to be made, therefore rescuing the situation. In essence, he wasn’t just asking, he was rather telling, pointing, and prescribing things to be done to raise Edo to its deserved greatness.

Diving deeper into details, simultaneously asking path-clearing questions, Ize-Iyamu further wrote: ”What interface have we had with our local oil operators, NPDC, Pan Ocean, Dubril, Seplat, Newcross or Summit oil as host state to encourage them to increase their scope of activity? How have we leveraged on the good fortune of having the headquarters of NPDC located in Benin City to encourage oil and gas companies to relocate to Edo State to do business? Taxes are traditional and veritable platforms to raise revenue but if the necessary atmosphere conducive for business growth is not created, who are we going to tax?”

Continuing, the widely-read pastor revealed that “many governments have deliberately created tax holidays and incentives for new companies in order to attract them to their locations. What are we doing in this direction and who have we attracted? Where are the business districts or parks in our state and what is government relationship with the private sector if they exist? Edo without allocation must go beyond the stigma of a civil service state to a more commercially oriented state. To achieve this status, we must re-invent our public service, think outside the box, and become more businesslike in our approach to governance.”

From the foregoing, one can easily figure that this writing from five years ago came from a place of deep conviction and a mind filled with ideas. It is a must-read and, thankfully, it is everywhere on the internet and can be dredged up.

But it is easier, one may say, to point at things and make verbal arguments than it is to make actions geared towards achievement, and he or she won’t be wrong. But that altogether brings us all to a point, to a situation where we must now test our hammering ideas against the anvil of experience and actions.

Pastor Osagie Ize-Iyamu is still out there pointing at things and making smart arguments, and even, now gunning for the top job. If he has for long foresaw the things we are now in dire need of even before it became an issue for us, why then must we not bring him in to walk the talk? If we feel it is easy to make arguments than to lead actions, then what is even easier with the opportunity glaring at us is to bring this man in now to prove his mettle.

He has even codified all these questions and the important answers (in the form of initiatives and policies) into a smart and accessible manifesto: it is one that, in clear steps, details the path towards greatness and how, in practicable measures, he will lead the way. And greatness through aspirational living, just like in the era of early men defined by Thomas Hobbes, is what Edo State desperately yearn for. Having seen our needs even before we dreamt it, and still here seeking to convert them to reality, it is finally time to let Pastor Ize-Iyamu lead his people to the promised land.