This is as a mobile court sitting in Port Harcourt has convicted 170 persons for violating the lockdown of Port Harcourt city and Obio/Akpor Local Government Area of the state.

Speaking on the arrests on the first day of the lockdown of Port Harcourt metropolis, Wike said the trailers were intercepted following intelligence from well-meaning Nigerians who saw them making their way into Port Harcourt.

They were arrested at Rumuigbo in Obio/Akpor Local Government Area.

Wike ordered the prosecution of the 14 persons by the mobile court constituted by the administration under the Executive Order 6 signed for the declaration of the lockdown.

He also directed the state Ministry of Health to conduct tests on the 14 persons to ascertain their coronavirus status.

He said: “This fight has nothing to do with individuals. The law must take its course. You are aware of what is happening and then some people want to illegally smuggle persons into the state.

“Port Harcourt and Obio/Akpor are under lockdown and the law must be obeyed. The trailers and the cows will be auctioned tomorrow. “

Wike said the arrest of the trailers has vindicated him, as the security agencies have failed the people of Rivers State as they collect money and allow defaulters to slip through the border.

“You heard them saying that they gave money to the security agencies before they were allowed to cross the border. The owner of the cattle in the phone interview said they have fallen short of the law,” he said.

He decried the level of desperation to smuggle people into Rivers State, but assured the people that the state government would remain vigilant despite the challenges it is facing.

One of the defaulters, Ahmed Aliyu, said they were contracted from Adamawa State to bring cattle to one Alhaji at the new slaughter in Oyigbo, adding that he thought that the lockdown will start by 10pm.

He disclosed that they moved into the state after they bribed security personnel with N1,500.

Meanwhile, the mobile court sitting in Port Harcourt has convicted 170 persons for violating the lockdown of Port Harcourt and Obio/Akpor Local Government Area.

The office of the Attorney-General of Rivers State on Thursday secured the convictions of the defaulters before the Port Harcourt Mobile Courts sitting at General Yakubu Gowon Stadium, Elekahia for violation of the Executive Order RVSG 06 2020 which imposes complete lockdown and prohibits human and vehicular movement in Port Harcourt city and Obio/Akpor Local Government Area. 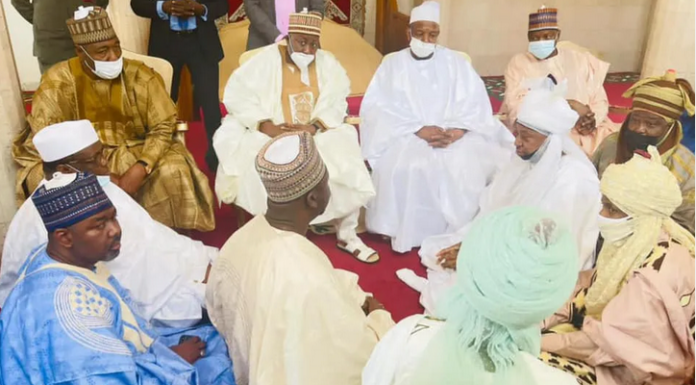