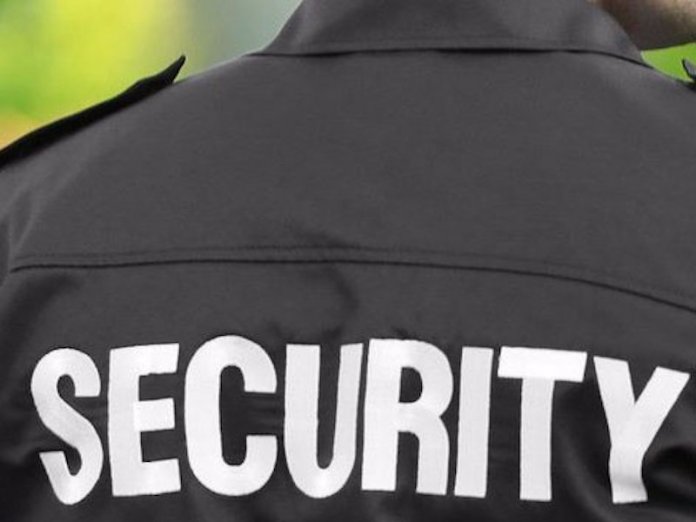 Jide Okiki writes that Lagos is in safe hands

As the lockdown order by the federal government continues in Lagos and some parts of the nation, Lagos State is caught between the need to manage the large population and to also keep the restless masses in proper check. This is not only a worldwide pandemic, it is one virus that has defied both medical, social and political solutions.

Here in Lagos, Governor Babajide Sanwo-olu quickly swung into action the moment the first index case in the state was reported in February. Since then, he has kept himself busy trying to safeguard lives of the people in the state.

Initially, not many people foresaw the situation escalating to the level it is at the moment. A lot of people had thought that the state would be caught pants down as the cases increase daily. However, the state government under the leadership of Sanwo-olu has been up to the task in all facets.

One of the greatest fears in the beginning was how to secure a state as cosmopolitan and highly peopled as Lagos. The governor has done wonders in the area of security. And some highly placed, reasonable and rationale Lagosians have come to grips with the fear that this is a place well secured in time of covid-19 pandemic.

Not only in terms of putting the necessary medical apparatuses in place to fight the pandemic, Governor Sanwo-olu has been able to hold criminals in the jugular. With the warmest cooperation of the state Commission of Police, Akeem Odumosu and other security agencies in state regular patrol, the state has been peaceful. The state police command has chosen to adequately deploy their men, to be on patrol from time to time.

Even the so-called one million boys who have chosen to unleash terror in some parts of Lagos have been silenced. In some areas, the governor has quickly dispatched appropriate agencies to deal with the situation. Given that the state harbours over 20 million people whose daily means of earning a living are meagre, most people thought that by now, the state would be up in flames. With the combination of Civil Defence, the Army and the rest, normalcy has steadily returned to all the nooks and crannies of the state. This is so thanks to the capable and fatherly approach of the governor.

Now with the constant surveillance of the state by helicopters, many have been heaving sighs of relief. It is this same concern that has made many Lagosians to often come out at night to relax in front of their houses, knowing that the police are somewhere keeping vigil in the nighbourhood.

It is good to watch the patrol at work. They usually go about with show of force, might and power, with a lot of civility to it. This is purposely to frighten criminals and make them stay off the streets. So far, this has been paying off, for I have witnessed a couple of places where people at the bus stops immediately took to their heels as soon as they sighted them.

Armed to the teeth, the security agencies now make it known that Lagos is not a place to foment or harbor undesirable elements. For to them, what is at stake is the issue of Covid-19 which is an equivalent of war. It is gratifying to know however that some communities have chosen to complement this security arrangement by organizing vigilante services on shifting basis. This arrangement has been commended by the governor and some well-meaning citizens of the state.

In all this however, there is peace in all corners. There is this peaceful way the governor usually talks to the people, reassuring them that the state is equal to the situation. Fear, therefore, should not rule people’s lives. As the father of the state and chief security officer, he has shown enough zeal to remove panic from the minds of the public. Like he usually says, “this is not time to relax on our oars. We have a greater enemy in Corona virus than in ourselves.” Beautiful words of a cheerful leader, someone who is totally concerned in his handling of the security of the state.

The most important aspect of his measures to balance the security of the state was when he introduced Lagos kitchen. This is a programme being organized to feed one hundred thousand vulnerable people daily. Locations are scattered here and there. The governor knows in sincerity that a hungry man is an angry man and there are millions of unemployed people in the state. Now when you see the crowds that gather at each location to be fed, you would know why the project became highly imperative. This move has been commended by those who benefit from it daily. At least they can be fed and kept happy while the pandemic is being fought to a standstill.

It is also good to mention suspension of interstate movement. This has restricted all the motorparks from operating. It has equally put paid to people daily flocking into the state. In other words, it has curtailed the number of undesirable elements entering into Lagos State. However, the governor believes and rightly so that the security of the state is a collective responsibility. All hands must be on deck to ensure Lagosians do not sleep with only one eye closed.

The common reframe of the governor is that it is his priority to provide for the people as well as secure them. Believing that the pandemic is an emergency, he has also promised to constantly review what is already on ground and see what next to do to make it better.

Therefore, let people continue to give their support to the governor to ensure that this battle is fought and won as quickly and decisively as possible.