Polaris Bank Limited recently published its audited financial results for the year-ended December 31, 2019 after one year of operation. Save for a bit of legacy issues that are already being addressed, from all indications, things are looking up as the bank is strong in profitability and has significantly expanded in assets. Kunle Aderinokun reports

The Nigeria’s economy has been going through a spell of challenges in recent years. The banking industry, being the lifeblood of the economy, is directly affected. As a matter of fact, the slump in prices of oil, on which the economy depend for its major income, has perennially taken its toll on government’s operations and by extension, economic activities of the country, with the banks taking the major brunt. Specifically, the debilitating impact triggered by the oil & gas industry’s sorry state, which was occasioned by oil price crash at the international market between 2014 and 2016, escalated the non-performing assets of some of the commercial banks, causing their operating capitals to be eroded. The oil crash saw Brent crude price plummeting to below $50 per barrel from $115 per barrel as at the second half of 2014.

In fact, as at the end of first quarter of 2016, the adverse impact of oil volatility on Nigeria’s foreign earnings was evidenced in the retarded accretion to the foreign reserves. Coupled with scarce foreign currencies – especially the United States dollar, which forced the federal government through the Central Bank of Nigeria (CBN) to discourage importation, particularly of goods that could be produced locally- and the attendant pressure on the naira, the commercial banks were troubled.

Given this scenario, some quoted banks, including FCMB Group, First Bank Holding, Diamond Bank Plc (now part of Access Bank), Ecobank Transnational Incorporated and the then Skye Bank Plc, sent notices of profit warning regarding their 2015 full-year audited financial results to the stock exchange, for compelling reasons given the prevailed unfavourable economic condition. Profit warning is a statement issued by a company advising the stock market that profits will be lower than expected.

Although the Nigerian banks have since recovered from the then oil shocks with the industry’s total assets at about N44 trillion by the end of 2019, the current crisis in the global oil market caused mainly by the COVID-19 pandemic poses a fresh threat to the country’s economy and banks. It is, however, expected that the impact will now be minimal on the banks’ bottom lines as many of them have restructured their risk assets to be less vulnerable to the whims and caprices of crude oil.

]Despite the fact that its legacy bank was adversely impacted by the global oil crisis and pressed heavily by the consequences of the ensuing loan impairments, Polaris Bank has started strong.

Following the defunct bank’s predicament, the CBN effected key changes in its board and management effective 4th July 2016. The changes, the apex bank explained, were related to the chairman, all non-executive directors on the board as well as the managing director, deputy managing director, and the two longest-serving executive directors on the management team. The board and management, then reconstituted, but still holding sway at Polaris Bank, has Alh. M. K. Ahmad, former director-general of National Pension Commission, as chairman and Mr. Adetokunbo Abiru, a seasoned banker and former Lagos State commissioner for finance, as managing director.

In 2018, immediately after the transition to Polaris, the bank worked with a team of first-class advisers to develop both corporate strategy and corporate transformation blueprints to provide direction for the bank into the future and define its corporate and strategic aspirations. While KPMG served as anchors to the project apart from working on business transformation; they also looked at cost optimisation-it was necessary to realign the institution’s corporate footprint especially as this had not been done after the merger with Mainstreet Bank (former Afribank); EY carried out a deep and detailed review of Polaris Bank’s technology infrastructure and digital transformation needs. This was an important exercise given that investment in technology had stagnated in the precursor institution for over five years. Insight Communications worked with Polaris on brand transformation, while Deloitte advised on tax issues. Adetokunbo Abiru also engaged leading Nigerian consultancies to advise on specific value-adding areas including RTC Advisory Services, Agusto and Co. and Financial Derivatives Company. The bank also worked with leading payments company, Interswitch,on aspects of technology strategy and organisational learning.

More than a year after its take-off, Polaris Bank has grown tremendously in assets and strong in profitability. In all indices, the bank has performed better and its business can be described as sustainable.

After its first year of operation, Polaris Bank, last weekend, published its 2019 audited annual statement and financial results, which is IFRS9 compliant. According to the results, positive performance was recorded across most major key prudential ratios: capital adequacy, liquidity, non-performing loans which is significantly in compliance with stipulated regulatory requirements.

A look at the financial statement revealed that the bank declared gross earnings of N150.8 bilion and a profit before tax (PBT) of N27.83 billion as at December 31, 2019. Also, the bank amassed total assets of N1.1trillion at the end of the 2019 financial year with a shareholders’ fund of N83billion. In the area of deposit mobilisation, a total of N857.8billion was collected as deposits from customers in the review period, representing a marginal decline from the previous level of N861 billion. Available information on the bank revealed that despite the pay-down of outstanding legacy obligations of over $200million (N77billion) within the period, the bank’s deposit stood at N857billion and still ranked the bank among the top 10 in the industry.

Analysts believe the slight drop in deposits was actually positive–as a result of the bank restructuring its deposit base from high cost fixed deposits to low cost current and savings account balances….that is more stable and sustainable and more profitable for the bank.

Likewise, the loan book stood at N261billion in December 2019 providing the bank with the desired headroom to accommodate the required growth in risk assets to support the nation’s economic growth.

The positive results are declared in a highly challenging business environment which has pushed many businesses to cut down on their operating expenses. Analysts believe the bank’s remarkable achievement within a span of one year of operation is a clear validation of regulatory-induced interventions in the nation’s history. They also posited that the bank may be winning the confidence of the banking public to have garnered such magnitude of deposits and realised the level of earnings and profit within a short period of time.

Commenting on the financial performance, Abiru said, “The emergence of Polaris Bank on September 21, 2018, has heralded a new dawn as it laid the foundation for institutional competitiveness and service innovation in Nigeria’s challenging banking space.”

He added that, “Our strategy, which anchors on rebuilding the franchise and strengthening the balance sheet position, provides enablers for ongoing initiatives towards lean operations and efficient balance sheet management devoid of capital erosion risks.”

On the new corporate governance regime, Abiru gave the assurance that, “We shall continue to run an ethically governed bank upholding sound risk management practices and proactively taking measures to mitigate the impact of the adverse business environment while the board and management continue to guide the bank towards a path of sustainable growth.”

At N82.9billion, the bank’s capital is in multiple of the regulatory minimum of N25billion. With a capital adequacy ratio of 14 per cent, the bank is providing sufficient capital buffers to customers and other counterparties.

Apart from strong capital adequacy, the bank’s other ratios are equally impressive-return on assets (ROA) at 2 per cent, return on equity (ROE) is 33 per cent, return on sales (ROS) is 18 per cent, and liquidity ratio at 81 per cent. These ratios demonstrate operating efficiency, strong inherent capacity for profitability and returns to stakeholders, very comfortable liquidity and asset efficiency.

According to RTC Advisory, the bank’s cost to income ratio of 59 per cent, is well in line with industry averages and further reinforces the institution’s underlying reality of operational and cost efficiencies, which is a significant achievement in view of its legacy constraints.

“One remaining legacy challenge, perhaps understandably, is that the bank’s non-performing loans (NPL) ratio is 46 per cent. Even though the management has brought this ratio down to this level from around 80 per cent at the time of the regulatory intervention, it is evident that the work of the management of Polaris Bank to clean up its inherited loan portfolio must continue until

NPLs are within acceptable benchmarks. However given their success over the last three years in loan recovery, collateral documentation and cleaning up the portfolio, they appear to be on course to a successful portfolio repositioning,” they asserted.

The RTC Advisory analysts asserted further that, “With the exception of its NPL ratio (which as we have noted is understandable given its context and legacy challenges, Polaris Bank’s ratios compare favourably with the leading Tier 1 and Tier 2 banks and are in virtually all cases better than industry averages. ROA at 2 per cent is at par with Zenith Bank; ROE at 33 per cent is competitive against all Tier 1 banks with the exception of GTBank; ROS at 18 per cent ranks third behind only Zenith and GTBank benchmarked against Tier 1 banks; and the bank’s Cost to Income ratio is as mentioned earlier well within industry averages.”

Overall, RTC advisory noted that these results are commendable especially given the institutional, industry and environmental contexts and when reviewed along with the strategic and business transformation accomplished within the bank.

“As the bank’s CEO Mr. Tokunbo Abiru explained in internal bank communication which we have reviewed, “…I am confident to state that our bank has indeed stabilised and is now headed towards our purpose which is to become a “Top Retail Bank” in Nigeria. This was demonstrated by our collective and sustained performance trajectory in 2019…our prudential ratios-capital adequacy and liquidity ratios are now in full compliance with stipulated regulatory requirements. 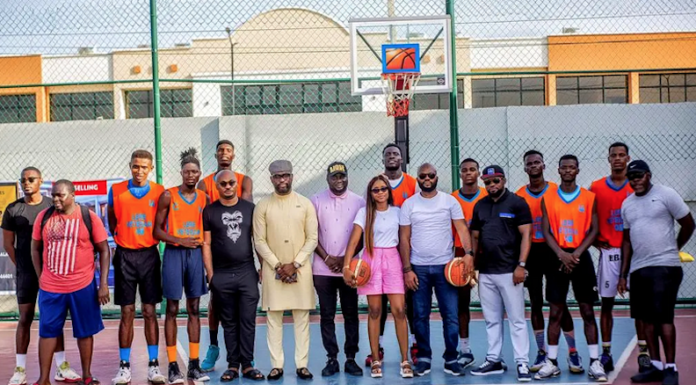