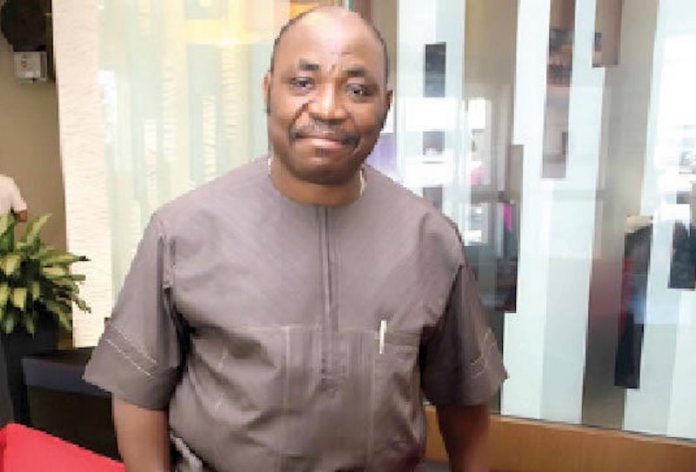 Nature, it is said, abhors a vacuum. Guess famous herbal medicine practitioner, Prince Akintunde Ayeni has finally grasped the full effect of this Aristotle fact. For so many years, this gentleman bestrode the alternative medicine sector like a colossus to the extent that he became a staple for international media organizations like BBC and CNN, who ran a documentary on his exploits.

But as he turned a pathfinder to so many other interested herbal medicine practitioners, he unknowingly yielded the space and relaxed. While he was quiet, foreign herbal products took over and seized the market. In fact, at a time, there were rumours swirling at the grapevine suggesting that he had quit the business due to competition. But the growing concern on the outbreak of the novel Coronavirus globally, rocking Nigeria inclusive, has jerked Ayeni, who is the National President of the Herbal Society of Nigeria, back into action for a research into a remedy to the virus.

Ayeni , popularly known as Yem-kem, is recognized as one of the few individuals who have put the country on the world map, particularly through the practice of traditional medicine.
He is one of the few trado-medical practitioners who have re-invented the trado-medical system of healing. At a point, many had thought that he was out of business, particularly after cutting down on his presence in the media space and also reducing his company’s 48 branches to 7 across Nigeria.

But close sources, in chats with Society Watch, have dismissed the claim, saying the famous trado-medicine practitioner is doing well.
According to one of the sources, “Before now, he was doing consultations across Nigeria. But he later set up a factory in Ogun State, where he now manufactures drugs.

“This made him go on a low profile, thereby fueling speculations that he is experiencing a reversal of fortune.”
Since the break of the deadly COVID-19 virus in Nigeria, the Pathfinder Hotel boss has been charged with the duty of finding a lasting trado-medical cure to the deadly virus.
He and his team are said to have gone into a research in partnership with the Arole Oodua, Ooni of Ife, HIM Oba Adeyeye Enitan Ogunwusi.

The source further said: “Yemkem is getting closer to proffering a lasting solution to the virus with our local herbs.
“In a few months from now, the company will announce its result to the general public.

“He is currently working on herbal formula to find a lasting solution to the pandemic. The vaccine will boost the immunity to fight against the virus. He and his team are close to getting a result and working closely with NAFDAC in trial phase and getting a certification from the board.

“In the next few months, the vaccine will be ready for human consumption.
All he seeks is a partnership with the government so as to enhance a smooth partnership that works.”
Society watch also gathered that the well-travelled Ayeni is also partnering with an America-based show promoter and businessman, Otunba Demola Oyefeso, for international distribution of his products.