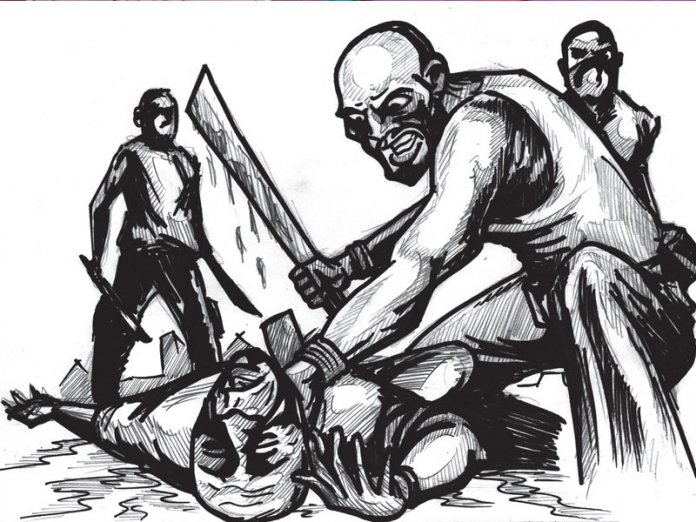 The authorities could do more to rein in the criminals

Bandits invaded six communities in Safana, Dutsinma and Danmusa local government areas of Katsina State recently and killed scores of residents, including women and children. Although the police put the number of fatalities at 47, figures from independent sources are far higher. Aside the killings, the bandits reportedly carted away food items and other relief materials delivered to the villagers as part of efforts to help them during the coronavirus lockdown. A few weeks before the Katsina attacks, no fewer than 50 villagers, including infants, were similarly hacked down by bandits in three local government areas of Kaduna State.

Armed with sophisticated weapons, bandits are now freely attacking several communities in the North West. Farmers are afraid to go to the farms why many others are fleeing the suburbs. In Katsina particularly, various communities in 13 local councils are reportedly under intense attacks with Dutsin-Ma alone witnessing dozens of attacks in recent times. In Jibia town, soldiers have had to engage the bandits on the stretch of the Rugu forest on several occasions.

Desperate to find a solution to the large scale banditry, kidnapping, armed robberies and cattle rustling, Governor Aminu Bello Masari had last September held sessions with representatives of these bandits and signed agreement with them to drop their weapons. The bandits were in turn granted “amnesty,” and their pockets reportedly stuffed with wads of naira. The Masari initiative was adopted by some other governors of North-west states, a region earlier insulated from the havoc and ghastly atrocities of the decade-long Boko Haram insurgency. A peace summit was subsequently convened by the Inspector-General of Police, Mr. Mohammed Adamu, in Katsina and facilitated discussions with representatives of the bandits from Kebbi, Niger, Sokoto, Kaduna and Zamfara. An apparently excited federal permanent secretary, Dr Amina Shamaki commended the effort, arguing that the “dialogue” initiated by the governors in the zone should be adopted by states with similar security challenges. “The application of the carrot-and-stick approach is an effective strategy that enables criminals willing to embrace peace to do so while repentant ones are identified and isolated for appropriate actions by security agencies,” she said.

While the agreement lasted, the bandits released about100 captives in their custody while government in turn freed more than 50 bandits detained by security operatives in Katsina, Kano and Kaduna States. “The peace accord had come and gone and many of us who were against it have now been vindicated,” said Abdusamad Jibia, a university don. But the Special Adviser to the government on security, Ibrahim Katsina said the resurgence of banditry was a temporary setback, arguing that security issues are often a gradual process. “We are presently trying to network members of the community to be alive to their responsibilities and partner with security agencies, so that it will be reduced”, he said.

We are not surprised at what is happening to the so-called peace accord with the bandits which boldly advertised government’s helplessness. Indeed, we warned in this space that it would be impossible to hold a group of outlaws to any form of agreement. With many sophisticated guns in their possession, what will they do if they run out of cash? But what is happening in the northwest is a replication of the general insecurity across the country for which the authorities must find a more enduring solution.

From the unfolding happenings in these states, it appears the security agencies are yet to fully understand the nature of the challenge they confront, hence the inability to proffer the right solutions. We therefore call on the federal government to take appropriate measures to deal with the bandits who have made life difficult for people in a huge section of the country.