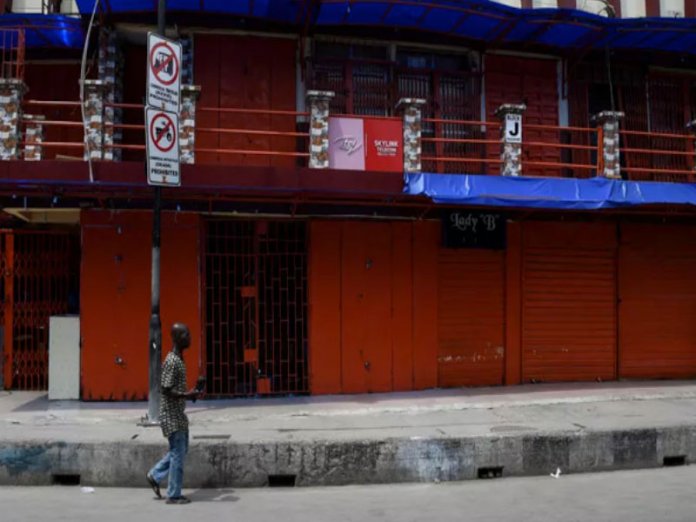 The Nigerian government ordered a lockdown when COVID-19 cases in the country rose to only 97. One month after, it has relaxed it even when the numbers have risen above 1600, and despite a clear sign that the virus is now spreading within communities. Will the decision fuel a new wave of the disease as seen during Spanish flu of 1918 or help in halting the virus? Martins Ifijeh queries

When the Spanish flu first appeared in March 1918, it had all the trappings of a seasonal flu. It was believed that despite its highly contagious nature and extremely harmful strain, it was going to disappear within weeks or months.

But health experts were wrong. Within weeks it spread quickly through the United States Army installation, home to 54,000 troops. By the end of the month, 1,100 troops had been hospitalised and 38 had died after developing pneumonia.

Throughout April and May of 1918, the virus spread like wildfire through England, France, Spain and Italy such that an estimated three-quarter of the French military was infected in the spring of 1918 and as many as half of British troops.

Only a small percentage of people infected died at the time as it was believed the virus was not much as deadly as initially thought, according to history books.

In no time, community transmission of the Spanish flu was evident across Europe and other continents, leading to the total lockdown of schools, markets, churches, mosques, casinos and other public places. There were more stringent measures to contain the virus than in the World War 1 which simultaneously was been fought along with the outbreak.

Historians said there was apprehension by the people as they were tired of the new way of life. They complained of hunger, boredom and static lives. There was pressure on leaders to reverse the order. And in no time, the world war ended, a development the people also assumed signaled the end of the highly contagious Spanish flu.

History dot com, one of the platforms that documented the events of the 1918 pandemic said people began to disobey lockdown orders, as millions took to the streets to celebrate the end of World War 1. In places were lockdown was still effective, there were protests, and then governments started to relax the rules. It was summer of 1918 and the only time people could truly enjoy the weather in cold regions. Coincidentally, reported cases of the virus dropped at the time.

But like the calm before the storm, the second wave of Spanish flu started because people had started to mix up. This time, it was more aggressive than the first, with the strain extremely virulent.

The virus infected 500 million people worldwide and killed an estimated 20 million to 50 million victims; that is more than all of the soldiers and civilians killed during the five year old world war.

While the global pandemic lasted for two years, the vast majority of deaths were packed into three especially cruel months during summer of 1918.

Fast forward 102 years after, the globe is in almost same scenario, with the world experiencing a highly infectious spread of COVID-19 that has now infected over three million people with almost 300,000 deaths globally.

Just like in Spanish flu, leaders have started receiving pressures from their citizens to either relax lockdowns or provide palliatives so they can stay at home and prevent community spread of the virus.

Unfortunately, one of the countries without the ideal structure to provide palliative is Nigeria with millions of its citizens already living in starvation since the one-month-old lockdown commenced; hence forcing the federal government to take an alternate but tough decision to relaxe the order.

President Muhammadu Buhari had on March 29, ordered for a total lockdown of Lagos, Ogun and the Federal Capital Territory (FCT) just when the country had only 97 confirmed cases of COVID-19. Shockingly, with confirmed cases now beyond 1600, the president has relaxed the lockdown effective May 4; a move that reminds of the days of the Spanish flu.

Although the Minister of Health, Dr. Osagie Ehanire told Arise Television, the broadcast arm of THISDAY Newspapers, Tuesday that it was a tough decision the president had to make as part of measures to open the economy and halt starvation and malnutrition, several healthcare stakeholders have described the move as a big mistake, as this may imply that the country’s numbers will begin to jump exponentially until millions of citizens are affected with several hundreds of deaths.

The Chairman, Nigeria Medical Association, Lagos State Chapter, Dr. Saliu Oseni told THISDAY that the relaxation of lockdown will fuel community transmission of the virus, adding that it was obvious the government has failed in providing palliatives to poor citizens.

The former President, Pharmaceutical Society of Nigeria (PSN), Olumide Akintayo told THISDAY Tuesday that what the government really needed to do was extend the lockdown nationwide for the next 14 days rather than the relaxation.

Although the president’s men believe his decision will help stabilise the country in the face of the pandemic, only time will tell if a second wave of the virus will not be seen due to this decision.