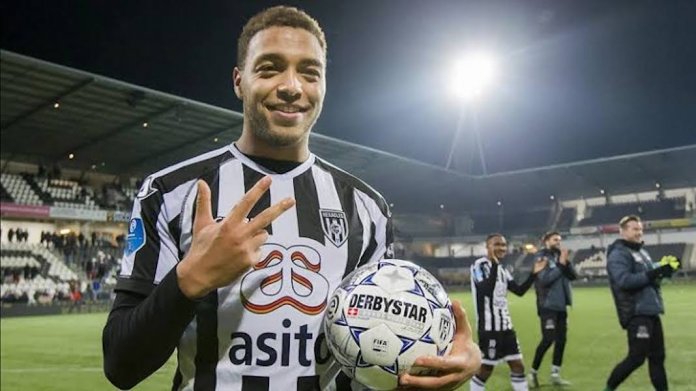 Heracles Almelo striker Cyriel Dessers has become the first Nigerian in history to win the top scorer award in the Dutch Eredivisie after scoring 15 goals in 26 matches.

The Dutch government has banned all sporting activities in the Netherlands until September 1, paving the way for Dessers and Feyenoord’s Steven Berghuis to be crowned top scorer after finishing with the same number of goals.

In doing so, the Nigerian has joined an illustrious list of players to have won the top scorer award in the past including Marco van Basten, Romario, Dennis Bergkamp, Ronaldo, Ruud van Nistelrooy and Luis Suárez.

When asked to name the most beautiful goal he scored this season, Dessers picked his game-winning strike against the champions Ajax Amsterdam in February.

“Yes, Ajax-home was the most beautiful. The moment was fantastic because it was against Ajax and also decisive,” Dessers said to Voetbal International.

“On the other hand, the one against Twente was also fantastic. The atmosphere in that game was incredible.

Having put himself in the shop window, Dessers is expected to move on to pastures new in the summer transfer window and a debut for the Nigeria national team is also on the cards next season.