The Nigeria Centre for Disease Control (NCDC) has warned that the country can ill afford to relax now on measures being pursued to contain the COVID-19 pandemic.

Director General of the centre, Dr. Chikwe Ihekweazu, who spoke on Friday in Abuja at the media briefing by the Presidential Taskforce on COVID-19 said the country needs to remain focused on implementing key response actions to arrest the spread and damage of the dreaded virus.

Ihekweazu said: “I recognise how difficult things are at the moment , many families I know have not been able to bury their dead ones, some have rescheduled their marriages, rescheduled their baptisms and have rescheduled everything they are doing. So it is like life is suspended because we have suspended many things that we hold dear. Everyone one this side of the table recognises the great sacrifices being made by Nigerians but we only have to encourage each other to continue till we get to the position where we think we can relax.

To get to that point we must continue doing what we are doing now,” he said.

Ihekweazu said that among those who are most vulnerable to the covid19 infection at the moment are the elderly and those with underlying illnesses, adding that these segment of Nigerians deserves to be assisted and protected.

On how the centre has been dealing with the management of the virus in Kano, the NCDC boss said test results for Kano which was suspended due to exposure of some laboratory staff and subsequent decontamination of the facility will be out on Friday evening .

While speaking at briefing, Minister of Health, Dr. Osagie Ehanire said that federal government was worried that a good number of health workers may be knocked down by COVID-19 thus incapacitating the health sector if they failed to take adequate measures to protect themselves.

“I urge you to protect yourselves as prescribed and use the PPE judiciously. Do not attempt to treat COVID-19 patients without using adequate personal protective equipment (PPE,) or if your institution is not accredited to do so. This is important because we need to keep health workers safe at this time and cannot afford the numbers testing positive to COVID-19.

Remain vigilant in the line of duty and maintain a high index of suspicion for COVID-19,” he said.

As for the state of the covid19 infection in the country, the minister said: “As of today, 24th April, 2020, 981 people in 25 states and the Federal Capital Territory (FCT) have been confirmed to have COVID-19”.

197 persons had been successfully treated for COVID-19 and discharged, while 31 deaths had sadly been recorded, he said

Ehanire explained that the high number of new cases was due to on-going community transmission and active case search.

“From our test statistics, the most affected age group among the positives, is 31-40 years while the highest COVID-19 fatality rate is among the older generation above 50 years of age,” he said.

The minister said that federal government had deployed COVID-19 starter packs to all tertiary institutions and Federal Medical Centers, to complement what was earlier sent to each State.

On a question about report of dismissed doctors in a hospital in Plateau state, Ehanire said that this was not the right time for sacking doctors due to the nature of challenges the country was currently facing.

Also the Minister of State for Labour and Employment, Mr. Festus Kayemo, assured the affected health workers of the ministry’s readiness to act as reconciliators between them and their employers if they bring up the matter.

NLC president, Comrade Ayuba Wabba, who led a team of labour leaders to interface with members of the COVID-19 taskforce on Friday said that the number of health workers infected by the virus was a source of concern to the labour congress.

He said that NLC and its affiliates had set up a Labour and Civil Society Situation room to monitor developments and to intervene to assist workers where necessary.

Wabba said that there was need for health workers who were in the frontline of the fight against COVID-19 to be conscious of their safety and protect themselves from infection.

“I think it is important to emphasize as the minister had said the issue of scaling up occupational health and safety. Looking at the number of health workers that have been infected so far I think there is no gainsaying that health workers need to protect themselves first before offering service to others,” he said.

Wabba also used the opportunity to present branded masks produced by one of the unions under the NLC, the Textiles and Garments union.

He said that NLC was going to distribute the masks free to less privileged Nigerians especially the women that toil on a daily basis sweeping the major streets of Abuja.

On whether the contributory pensions can be used as palliatives, Wabba objected to such a move saying that the contributed pension fund is merely savings by workers which they hoped to rely on at retirement.

NLC’s intervention came on the heals of outcry by some pensioners who have waited in vain for PENCOM to release fund to Pension Fund Administrators to take care of the elderly Nigerians.

These retirees had sought ways to get the presidential taskforce to intervene and compel PENCOM which they alleged was using the current lockdown as an excuse not to act on their case.

Meanwhile, the Nigeria Medical Association (NMA) has expressed concern over the number of health workers already infected by COVID-19 in the country.

In a statement issued on Friday by NMA president, Dr. Francis Faduliye,, the body frowned on what it described as recalcitrant attitude of some VIPs in the society who were refusing to report to and be admitted at Isolation and Treatment centres for treatment, adding that such behavior was responsible for the level of infection suffered by health workers.

“At the end of today given the trend of reports of positive COVID-19 cases by the NCDC, the country will definitely hit the 1000th figure. So far, over 40 doctors and other healthcare workers had tested positive with three doctors and one nurse paying the ultimate price.

“This very disturbing and unsettling development comes against the unfolding scenario as reported in the media that some VIPs in the society were refusing to report to and be admitted at Isolation and Treatment centres for treatment, rather, they prefer to stay at other non-accredited facilities.

“The Association perceives that by continued refusal to adhere to instructions, some citizens have vowed to make healthcare workers very vulnerable to contracting the disease,” it said.

NMA said that none of the infected healthcare workers or those that died contracted the disease at an isolation and treatment centre, “but in general public and private health facilities while treating patients many of whom refused to disclose important medical/travel information that would have increased the suspicion and facilitate early diagnosis of COVID-19 infection”.

NMA appealed to government to expedite action on distributing PPEs to public and private hospitals without delay.

editor - September 27, 2020 4:02 am
14
SIMON KOLAWOLE BY  (SIMONKOLAWOLELIVE!) We often tell ourselves a lot of beautiful lies in Nigeria. One of my favourite is the saying: “This is not... 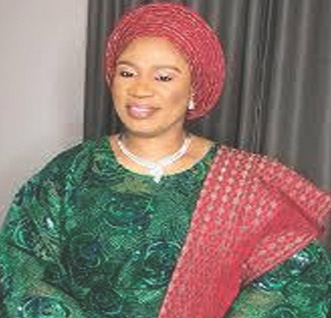 As My Angel Turns 60