Real Madrid are keen on a massive summer swoop for Liverpool’s £132million-rated superstar Sadio Mane… and reports state that the Bernabeu is the only club he would leave Anfield for.

Mane has proven to be a huge success on Merseyside, coming close to winning the Ballon d’Or last year as Liverpool enjoyed an incredible season of European success.

But reports in France Football state that Zinedine Zidane and Real Madrid are keen to end the happy marriage to steal the Senegal star away from the club.

In fact, it has been reported that Mane considers Real Madrid the only club he would leave for, and has long harboured dreams of playing in the famous white strip of Los Blancos.

Mane is heading for legendary status at Anfield, and is said to be desperate to succeed George Weah and become only the second African player to win the Ballon d’Or title.

Mane’s countryman Keita Balde recently fanned the flames of speculation by admitting ‘I don’t think Sadio wishes to stay (at Liverpool) all his life,’ leading to rumours aplenty over his next move.

It has been written that Mane has a current price tag of €150m (£132m) on his head, leaving only the very top European clubs able to afford his signature.

France Football effectively rule out any Premier League switch, reporting that the Reds are completely against selling one of their best players to a direct rival.

That leaves PSG as the only other real potential option, and it is understood they would strongly consider a move for the Senegal star if they were to lose Neymar or Kylian Mbappe in the coming months.

For Mane, though, it appears to be Real Madrid or nowhere as he considers whether his future lies at Anfield or elsewhere.

editor - August 14, 2020 1:32 am
0
By Akin Osuntokun (DIALOGUE WITH NIGERIA) Quite frankly the bad news is not that my good brother and friend, Obadiah Mailafia has been invited by... 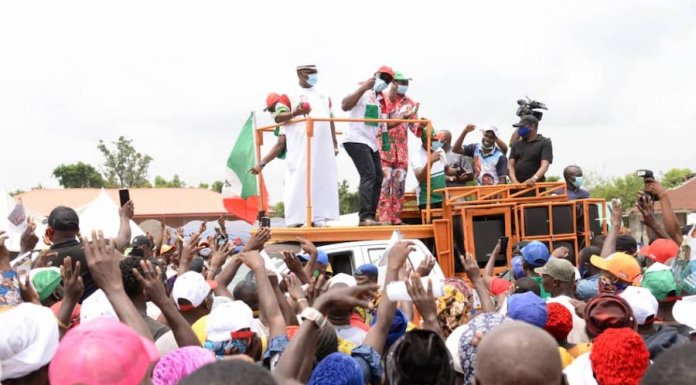