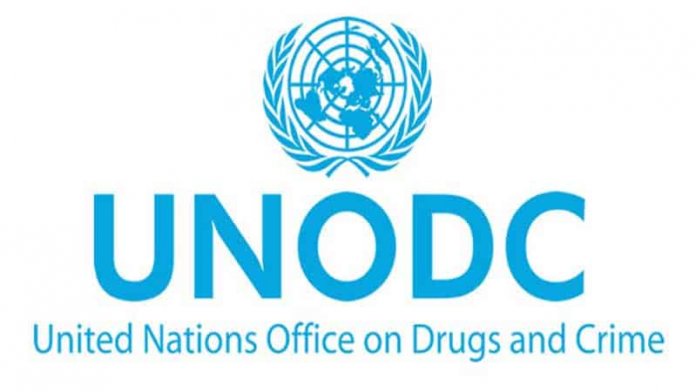 The United Nations Office on Drugs and Crime (UNODC) is collaborating with the Nigeria Correctional Service (NCS) to create awareness about the deadliness of the COVID-19 pandemic among inmates.

The UNODC announced this collaboration yesterday in a statement issued by its Outreach and Communications Officer in Nigeria Country Office, Abuja, Mr. Sylvester Tunde Atere.

The UNODC, according to the statement, would be cooperating with the NCS in the production of information materials for staff and inmates, the provision of basic facts about the pandemic and how the inmates would protect themselves and others from the disease.

Atere said the information materials has been produced in English, Yoruba, Hausa and Igbo and distributed to the 244 custodial centres in the country.

The materials were received by the Controller General of the NCS, Mr. Ja’afaru Ahmed, who stated that “this noble donation will assist the service in its prompt response to curtail and control the spread of COVID-19 and ensure the service maintains its zero COVID-19 related deaths.”

The UNODC’s statement said the COVID-19 outbreaks in prisons around the globe have shown that prisoners are vulnerable to be infected.

It also stated that confirmed COVID-19 cases amongst prisoners and/or prison officers have been reported in many countries, including Austria, Belgium, Canada, China, France, Germany, the Islamic Republic of Iran, Italy, the Netherlands, Pakistan, South Korea, Spain, Switzerland, Moldova, South Africa, Turkey, the United Kingdom and the United States. This number, however, is almost certain to increase in the future.

“Once the virus has reached the inside of a detention facility, controlling it becomes difficult as social distancing options are limited, in particular when correctional facilities are overcrowded,” UNODC said.

The United Nations’ agency also commended the federal government’s timely release of 2,600 inmates serving sentences for minor offences or whose prison terms were about to expire with a view to reducing overcrowding which has been plaguing Nigeria’s correctional system for decades.

According to UNODC, recent prison riots across the globe have shown that being infected was not the only COVID-19 related risk prisoners and staff are facing as “misinformation and misconceptions about the virus can lead to panic, aggression and eventually violence.”