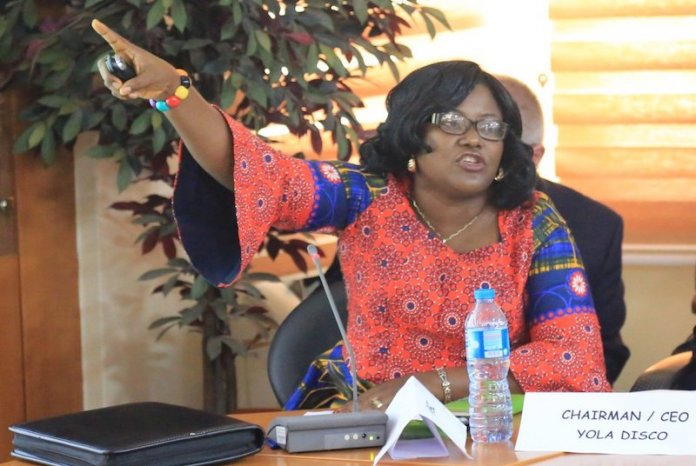 Peter Uzoho
The Executive Secretary of the Association of Power Generation Companies (APGC), Mrs Joy Ogaji, has canvassed for the inclusion of Nigerians not connected to the national grid but use renewable energy sources or power generating sets, in the proposed free two-month electricity supply package.

The two-month free power supply proposed by the National Assembly and the federal government was another measure to cushion the effect of the COVID-19 pandemic on the citizens.
Ogaji in a telephone chat with THISDAY, said the planned free power package should not be for only Nigerians using on-Grid electricity.

She argued that since the National Assembly in their statement talked about free two months electricity for Nigerians, therefore other Nigerians using off-grid sources of electricity should equally be captured.

“First and foremost, you need to check the press statement of the National Assembly. What they wrote there is free power for all Nigerians.

“So if you now say for all Nigerians you need to calculate those that are using generator, those that are off–grid, like private solar arrangement, before you will be able to get the aggregate.
“Because you cannot calculate only those on the grid, because on the grid, with the Discos’ record, it’s just about nine million,” Ogaji said.

She, however, stated that the federal government would spend about N150 billion to provide the free two–months electricity supply to nine million customers allegedly registered with the 11 distribution companies (Discos).
She said the current market invoice for energy, excluding capacity, was about N60 billion, explaining that for the two months, including administrative charges by the Market Operator, the Nigerian Electricity Regulatory Commission (NERC) and the Transmission Company of Nigeria (TCN), everything would come to about N150 billion.

Ogaji explained: “Now, currently, the Discos have customer number of about nine million –they said electricity customers in the 11 Discos are about nine million people. And the current market invoice is about N60 billion per month, that is only energy without capacity; because if you calculate capacity, it’s more than that.

“So for the two months, for only the nine million people, plus administrative charge, because you know we have to pay the Market Operator, TCN, NERC.

“So if you put all of them together we are looking at about N150 billion for the two months. That is for the nine million people that are registered with the Discos.”

THISDAY reported recently that the proposed free two–month power supply would cost the federal government an average of N109.83 billion.