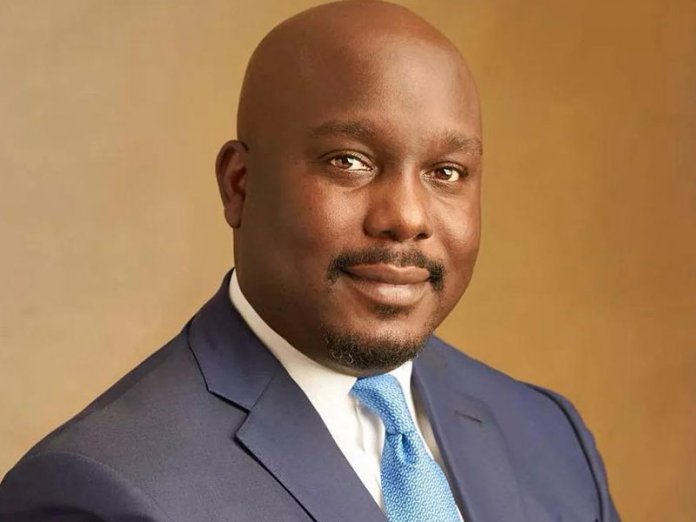 Indeed, were an outpouring of eulogies and tears potent enough to rouse a dead man, Keniebi, the filthy rich godson of former President Goodluck Ebere Jonathan, would have reconsidered spending a few more minutes to say goodbye to his friends and family before plunging into his eternal sleep.

The dark-hued politician who died in the early hours of last Tuesday, at a popular hospital in Lekki, Lagos, after a botched tummy tuck surgery, has cast his friends and family into interminable grief.
Once again, the death of Okoko has sent a poignant undertone of the frailty and fragility of man’s hold on life. The world is indeed a stage and life itself is but a walking shadow.

Yes, life is a permanent shuttle in the crypt, and what we have are fleeting memories, stilled mementoes, fraught memories and the fractured memorabilia of those who are gone forever, alas, never to be seen again.

He was a young man without guile. Despite being involved in the fickle and fractious world of high society, he exuded a sweetness of character and good nature till the very end. Throughout existence, Okoko, the son of Prof. Kimse Okoko, a notable Ijaw scholar and leader, retained his essential humility and a sense of perspective and proportion.

As a successful entrepreneur, Okoko, who hails from Gbarain, Yenagoa, Bayelsa State, contested the last gubernatorial election in the oil-rich state.
By his passage, high society has been thrown into deep mourning and his family and friends are distraught as you read.