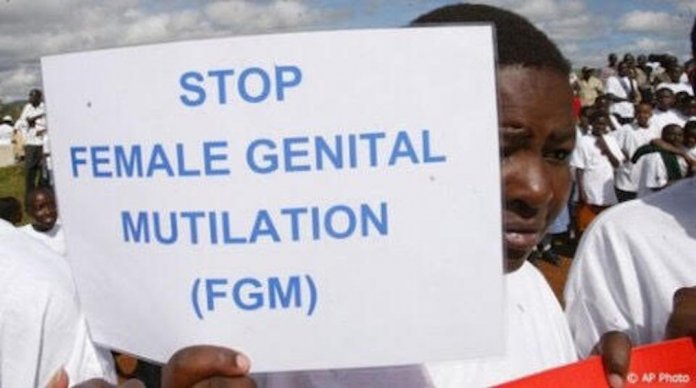 There are fresh calls on the federal government to intensify efforts towards eradicating Female Genital Mutilation (FGM) practice in Nigeria, following the prevalence of the act despite all efforts to stop it.

Female genital mutilation also known as Female Genital Cutting (FGC) is the practice of partially or totally removing external genitalia of young females aged 0-15 years for cultural purposes. One of the reasons adduced for it is to curtail premature sexual urge or promiscuity and prepare them for marriage.

Speaking in Lagos recently at a forum on the Danger of Female Genital Mutilation, a concerned mother, Mrs Foluke Olowoyo said the practice is a family tradition that the government needs to reinforce its commitment and end quickly in Nigeria.

Narrating her ordeal regarding the practice, Mrs Olowoyo said the elders of her husband, Mr Dayo Olowoyo’s family in Ekiti had been pressuring her and her husband to allow their 10-year-old daughter to be circumcised according to family tradition. She added that they said the girl was even overdue for the rite as she ought to have undergone it when she was four years, but her husband had always ignored them.

According to her, “Late 2019, we went to the family house with our daughter to attend a burial ceremony. Surprisingly, the elders exploited that time to forcefully seize and circumcise our daughter when my husband and I went out to get some items. We got angry but they pacified us and said it’s a taboo with grave consequences if she wasn’t circumcised. The girl fell ill soon after due to complications and later passed away. I regret not to have run away with her to a safe place, even outside the country.”
Also speaking at the forum, another woman, a native of a town in Osun State who preferred anonymity said female genital mutilation practice is condemnable. In her words, “I am a victim of this barbaric act. I was circumcised when I was seven years. It was a terrible experience and the effects still linger. My husband says I am like a log of wood in bed. This is because I don’t enjoy sex at all. My marriage is on the verge of collapse. Government needs to stop this wicked practice.” Another speaker and victim, Mrs Joy Peter (not real name) who berated the practice and wanted government to redouble its action said victims of female genital mutilation experience painful menstrual periods, urinary problems, depression, anxiety, broken homes, low sexual urge, etc.

According to the World Health Organisation (WHO), Nigeria has the highest number female genital mutilation cases globally with 41 per cent prevalence. WHO said over 40 million females in Nigeria have been circumcised.

Recent research by the United Nations Fund for Population Activities (UNFPA) and UNICEF shows that the South-Western Nigeria has the highest number of female genital mutilation cases in Nigeria. The breakdown of prevalence rate shows that Osun State has 76.3 per cent; Ekiti State, 71.2; Oyo State, 69.7 and Lagos, 44.8. In the South-East, Ebonyi State has 55.6 per cent and Imo State 48.8.