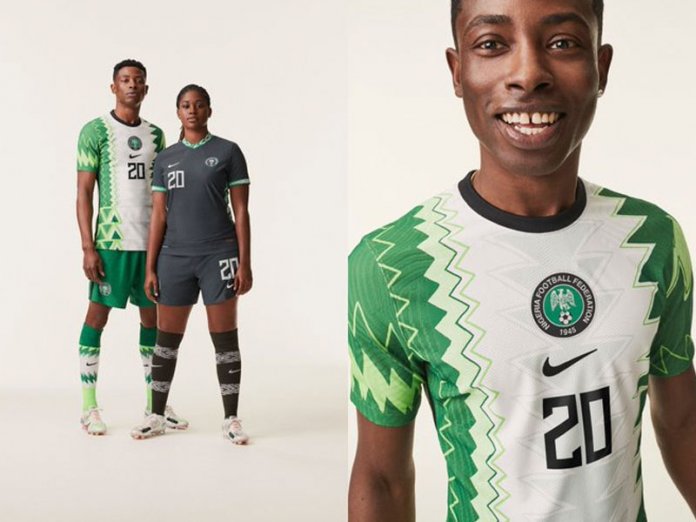 The Super Eagles’ 2018 kit has been voted fifth among the iconic football shirts worldwide across all generations. That is the outcome of the 24-hour poll conducted by BBC sports website.

The Nigerian shirt had nine per cent of total votes cast whereas the winning shirt, that of Brazil, had 14%. England in the fourth place had 10%, just one to pip Nigeria to the fourth place.

The result also revwealed that on-field results, rather than the appearances of the shirts, were the major determinants. The shirts of the winning teams of the competitions won the top four shirts.

Brazil, which topped, had a milestone third victory of the World Cup in 1970.The shirt is very similar to most other Brazil kits, but this one is a retro classic. Worn by one of the greatest, if not the greatest international team the world has ever seen.

The kit was worn by the legendary 1970 World Cup-winning side and was the last shirt Pele sported before retiring from international duty.

In the second place is the shirt of Netherlands, which the team put on to win the European Championship for the first time. In the third position is the shirt won by the then West Germany to win the World Cup at Italia ’90.