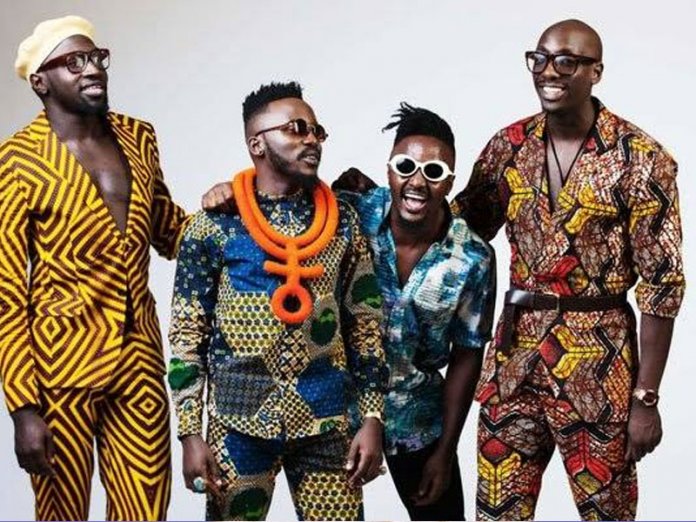 ‘Midnight Train’, the anticipated fifth album from award-winning afro pop band, Sauti Sol, will be released on June 5, 2020. Fans of the band had the opportunity to pre-add singles such as ‘Brighter Days’, ‘Suzanna’ and ‘Disco Matanga’ to their playlists before the official launch.

Recorded between Los Angeles, California, Johannesburg, South Africa and their hometown Nairobi, Kenya, ‘Midnight Train’ demonstrates the bands songwriting and producing skills with electric energy and new rhythms. The album’s theme is centered around enjoying the journey of life but also embracing the hustles and the trials that come with it.

The band, made up of vocalists Bien-Aimé Baraza, Willis Chimano and Savara Mudigi, and guitarist Polycarp Otieno described the album as wholesome, inspirational and uplifting and offers much needed social commentary while not losing its global appeal. “There is a lot of maturity in the album,” states Polycarp. “We have come of age and we express how people should perceive us freely after 11 years as professional singers. Every song speaks to an issue that is relatable to everyone.”

The upcoming album is the group’s first major label record with Universal Music Africa. One of its tracks, ‘Disco Matanga’ (Yambakhana), the official soundtrack to Netflix’s first African Original series, Queen Sono, is the most recent collaborative release to come in the form of Sho Madjozi and Black Motion.

“They were on our list of musicians we wanted to collaborate with, and it finally came to pass,” explains Polycarp. “We love South African music and it is one of the sweetest artistic heritages on the continent.”

Other notable features on the album include American singer and songwriter India Arie on a sensual track ‘My Everything’, and Burna Boy on ‘Time Flies’.

Bien explains that ‘Time Flies’ is inspired by Burna Boy’s meteoric rise to fame. “A lot can happen in a year with dedication.”