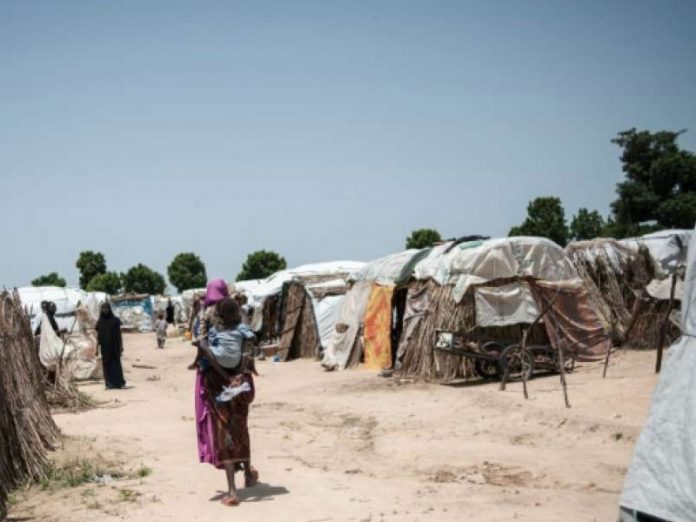 Fourteen people were reportedly killed thursday in a fire at a camp housing tens of thousands displaced by terrorists’ violence in northeast Nigerian, security and rescue sources told AFP.

The blaze broke out mid-morning in a camp holding some 70,000 people in the town of Gamboru, close to the border with Cameroon, the head of a government-backed militia told AFP.

“We recovered 14 burnt bodies from the gutted shelters and another 15 who sustained varying degrees of burns from the fire,” militia leader Umar Kachalla said.

More than 200 shelters were destroyed, rendering 1,250 people homeless, said a rescue official, who asked not to be named.

“The fire killed 14 people, six from the same family, and left 15 with injuries, seven of them critically,” said the official.

It was not clear what caused the fire but residents blamed it on arson after a suspect was arrested with a lighter in his pocket, another militia member Shehu Mada said.