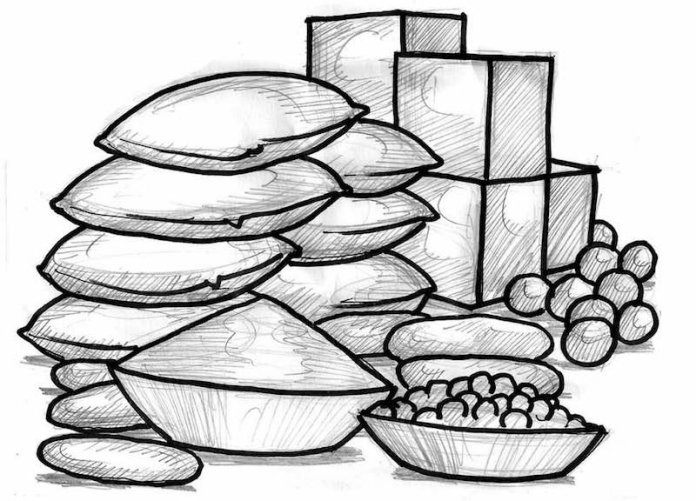 On Monday, President Muhammadu Buhari extended the lockdown in Lagos and Ogun States as well as then Federal Capital Territory by another 14 days in response to the unfinished war against the COVID-19 pandemic.

In his national broadcast, the president acknowledged “the great difficulties experienced especially by those who earn a daily wage,” but added that the stay-at-home order and other restrictions were necessary to beat the virus. While we agree with the president on the necessity for the lockdown, the relief package offered in many of the states for the vulnerable and less privileged Nigerians to cushion its harsh effects has become another tragic issue.

The distribution of this package has further exposed the insatiable level of greed among some public officials. Social media pictures and videos of ridiculous items presented to Nigerians in the name of palliatives across the country are quite disturbing. Yet, if we are to win the war against coronavirus in Nigeria, the challenge of the moment is in the enforcement of the stay-at-home order in Lagos, Abuja and many of the 36 states.

Before the extension on Monday, the lockdown was almost caving in under the weight of disorder and corruption. Without any means of survival, many Nigerians were already risking the wrath of the police and soldiers rather than wait at home in hunger. On one particular day, traffic build-up at the Lekki toll gate in Lagos was so bad that people spent upwards of two hours there at a time they were supposed to be at home. The situation is not different in many of the other states. Aside some governors storming markets to physically and personally dismantle kiosks and makeshift trading tables of poor market women and harassing innocent people on the roads, there has been no coordinated plan to keep people at home.

To address the issue of welfare, the Task Force empaneled by President Buhari announced the release of N3.5 billion for the provision of relief package for vulnerable Nigerians following the lockdown. However, reports from the field indicate nothing but callousness. Some citizens were given loaves of bread to take care of their families for two weeks. Others had handfuls of rice tied in nylons while some others got some miserable packs of food items like Semovita. Yet, they are expected to stay at home for weeks.

Nigerian officials have always exploited the misfortune of the less privileged to enrich themselves. Over the years, any donations or provisions aimed at ameliorating the conditions of the poor have always been hijacked by some highly placed persons who ensure that such provisions do not get to the target audience. Only recently, President Buhari, while constituting the National Humanitarian Coordination Committee to address the plight of the internally displaced persons (IDPs) in the North-east, lamented his experience when he visited three IDPs’ camps. He expressed sadness at the level of deprivation.

While we call on those charged with the responsibility of managing the funds meant to cushion the effects of the pandemic to be more transparent in their dealings, we also demand proper accountability of the relief package. It is embarrassing that senior government officials could engage in sharing money by hands during a period of lockdown and campaign for social distancing. If, as we have seen in the past two weeks, it has been very difficult for many Nigerians, the next two weeks will even be more challenging. Nobody should be allowed to profit from the misery of our people