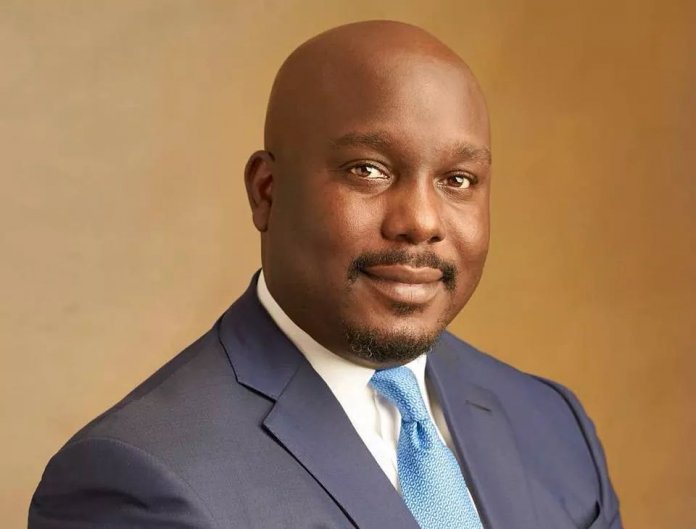 The entire Ijaw nation was thrown into mourning Wednesday, following the death of 42-year-old businessman, politician and philanthropist, Mr Keniebi Okoko, in a Lagos hospital after a failed surgery.

The son of Prof Kimse Okoko – a former Pro Chancellor of the University of Uyo and ex-President, Ijaw National Congress (INC) – Keniebi Okoko, who was a governorship aspirant in the last election under the Peoples Democratic Party (PDP) in Bayelsa, was confirmed dead in a private hospital, due to hypoxia, which is the absence of enough oxygen in the tissues to sustain bodily functions.

A doctor’s report sighted by THISDAY said that the late pastor at Salvation Ministries, Port Harcourt, who hailed from Obunagha community in Yenagoa Local Government Area, had the primary cause of death as hypoxia and secondary cause as cardiac arrest, following the failed procedure to remove excess fat from the deceased’s abdomen and breasts region.

The death certificate was issued by the Amethyst Health Care and Diagnostic Centre Limited, located in Lekki and was signed by Dr Benedict Olusola on behalf of the centre where Okoko, whose death seemed to have brought the entire Ijaw nation together in mourning Wednesday.

His demise came a few days after he made a donation of several items including bags of rice to his kinsmen at Obunagha as a means of alleviating the suffering experienced during the Covid-19 pandemic and subsequent lockdown.

However, it was gathered that the surgery failed following an alleged power failure in the hospital, while the back up generator failed to start after the procedure was underway, leading to hypoxia and cardiac arrest.

The death of the Chief Executive Officer, KDI Engineering and several other business concerns spanning construction as well as oil and gas brought with it some drama as jubilation erupted in Port Harcourt and Yenagoa after he was reported to have been revived and was at the Intensive Care Unit (ICU), a development which was later found to be false.

Some of the early mourners of the late philanthropist who had many sons and daughters of the Niger Delta on scholarships all over the world, were former governor of Bayelsa state, Seriake Dickson, and the erstwhile Director General of the National Maritime Administration and Safety Agency(NIMASA), Dr. Dakuku Peterside.

Dickson who commiserated with the state governor, Senator Douye Diri, and former President of the INC, Prof. Okoko, also condoled with the wife of the late politician, his aged parents, his Obunagha community, the Gbarain Clan, Bayelsa State, the Ijaw nation and the Peoples Democratic Party (PDP) family on the sudden death of the politician.

The former governor who described the death of Okoko as painful and sad said that he left indelible marks in the world of business and politics at a young age of 42 in a statement on Wednesday.

He said: “Keniebi was somebody we all had a lot of hope in; he proved to be an open minded, accommodating, large hearted, understanding political leader that I encouraged to be under my wing henceforth for political grooming and support.

“My family and I are pained and I have made a lot of calls to our leaders. Everybody is pained and we should take it as bad as it is as what God has done. Nobody can question Him.”

Dickson said this period of COVID-19 was a particularly trying period for Bayelsa with the death of prominent politician George Fente, (still being mourned) and the loss of the wife of Senator Ben Murray Bruce to cancer in the US and the painful death of Okoko.

He said that he would personally visit the families of the three prominent people who died recently in the state after the lockdown even though he had spoken to them.

Also in his condolence message, Peterside, who described Okoko as a brother and someone who impacted every soul he came in contact with, said the deceased would forever be remembered for his good works.

“Yesterday I got a call and rushed to the hospital where I met him lifeless . What is important is that he lived a good and impactful life and sure he has gone to be with the Lord .

“Two things smacked me. The extent of human solidarity. I got to the hospital and friends of his from across the country ( high , mighty, ordinary folks ) have taken over the hospital and were ready to go to “war” for our most loved Keniebi.

“It simply restored my faith in brotherhood and humanity. Too many persons, in the midst of wailing, were willing to help to ensure that a loving soul like Keniebi is not put to shame” .

“The second observation is that all and sundry was not happy with the professional handling of the medical attention he got leading to his death and are demanding that we must get to the root of the matter so persons whose professional negligence led to this avoidable death must be held to account for it,” he wrote. 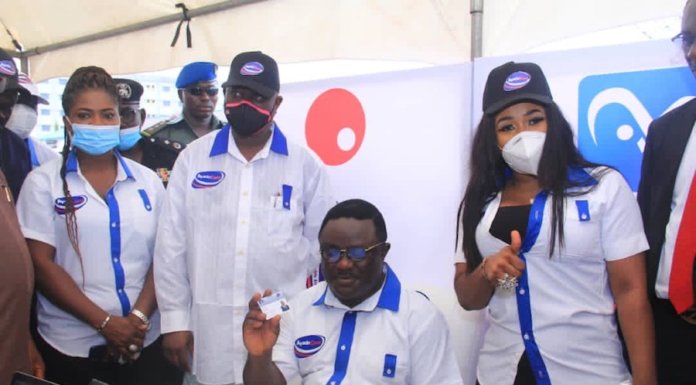