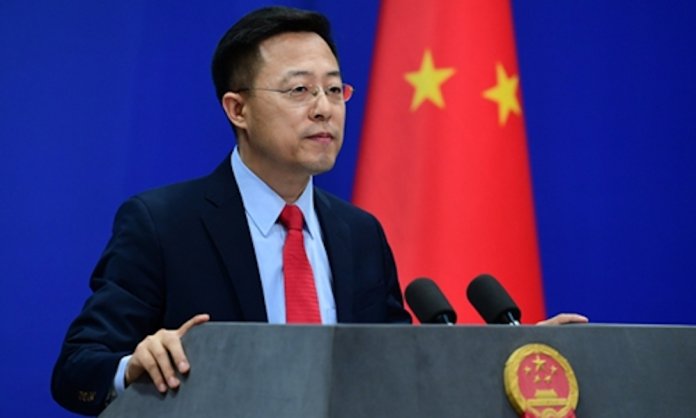 The Chinese government has said it attached great importance to the life and health of foreign nationals in China, especially in its fight against COVID-19 pandemic.

The government said all foreigners were treated equally, adding that it has zero-tolerance for discrimination.

The statement followed the condemnation that trailed a video that went viral on social media showing Nigerians being forced out of their houses and hotels rounded up and their passports seized by the Chinese police in Guangzhou, China.

Lijian said with COVID-19, an abrupt global public health crisis, all countries are taking containment measures to prevent it from further spreading, noting that while China has achieved remarkable progress at this stage, it’s still facing great risks of imported cases and domestic resurgence.

He explained that China and Africa are good friends, partners, and brothers, saying the friendship is forged on the basis of joint efforts to seek national independence, liberation, economic development and better livelihood in the past decades.

Lijian noted that after the Ebola epidemic broke out in three West African countries in 2014, the Chinese government provided assistance at the earliest time possible and fought side by side with African countries and people, adding that now faced with the COVID-19 pandemic, China and Africa are again tiding over difficulties and the friendship is again elevated.

He said since the outbreak of COVID-19 in China, the authorities in Guangdong attached high importance to the treatment of foreign patients, including African nationals, noting that specific plans and proper arrangements are made to protect their lives and health to the best of the Chinese authorities.

Lijian stated: “During our fight against the coronavirus, the Chinese government has been attaching great importance to the life and health of foreign nationals in China. All foreigners are treated equally. We reject differential treatment, and we have zero tolerance for discrimination.”

China explained that as the situation is getting more severe in Africa, its government and people have delivered supplies to the continent.

He said the Chinese government’s assistance conveyed deep friendship for African and also demonstrated the tradition of mutual assistance and mutual support, which he said has been highly acclaimed by African countries and the African Union.