Leicester City’s style of play is modeled on powerful counter attack of which the team has thrived over the years. One player has however been identified as the brain behind the success of the breaks this season and he is no other than Nigerian international midfielder, Wilfred Ndidi. Little wonder respected British television sports channel Sky Sports voted him as the Foxes Most Valuable Player

British television sports channel, Sky Sports has unveiled a list of the most valuable player for every Premier League club in the 2019-2020 season and Nigeria international Wilfred Ndidi has been chosen as the MVP in the Leicester City squad.

The midfield general has appeared in 23 games in the English top-flight, scoring two goals and was in action for 1,892 minutes.

Of the six matches Ndidi missed through injury, Brendan Rodgers side managed to win only once – against Sheffield United on matchday three when they needed a 70th minute goal from Harvey Barnes to secure all three points.

Explaining why the Nigerian was selected, Sky Sports wrote: “Leicester lead the way for counterattacks this season, a hallmark of their game in recent years.

“The bedrock of their midfield and the key man in launching so many fast breaks is Wilfred Ndidi.
“The Nigerian is a master of the art of the turnover, regularly winning possession and springing attacks. His 4.4 tackles per 90 minutes is the highest in the Premier League this season and significantly higher than the next-best central midfielder, Oriol Romeu on 3.2.

“Ndidi’s value was further demonstrated by his recent injury absence – a five-game run that saw the previously high-flying Foxes take only two points from a possible 15.”

Ndidi replaced Frenh midfield general N’Golo Kante at Leicester City and has proven to be a worthwhile replacement but the Nigerian would not want to be compared to the Frenchman.

He said his only focus is to be himself as he spoke on his comparison with Chelsea star N’Golo Kante.
Kante was the defensive midfielder at Leicester City and was part of the squad that won the Premier League title in 2016 before he was sold that summer.

Ndidi joined Leicester City six months later and his impressive performance for the Foxes has seen him compared with the Frenchman.

The Nigerian, however, says he sees no similarities as he wants to be seen as himself.

“I’ve always seen myself as Ndidi, I want to be seen as Ndidi,” the Super Eagles midfielder said in an Instagram live. “Kante is a great player, if you see the way he plays, you’ll know he’s a machine.

“The advice I got right from the time while I was playing that position is ‘just be yourself’.

“I just want to be myself, play my game and fight for three points.”

Ndidi has grown from strength to strength since he joined Leicester City from Belgian side Genk in January 2017.

This season, he has been one of the best players in their thriving push for a top-four finish under Rodgers.
FC Barcelona are said to be eyeing Ndidi as a potential long-term replacement for the legendary Sergio Busquets.

To even be included in this conversation is in itself a testament to the world-class ability of Ndidi, who is perhaps the best defensive midfielder in England and yes, easily among the top five in the world, too.
And Barca’s interest should not come as a surprise to anyone. Not even a record move to the Camp Nou this summer should surprise anyone. After all, he is at that level.

As well as consistently being up there in the league charts for the most tackles and recoveries, he has also been responsible for turning Leicester into one of the country’s better defensive outfits. When he is fit and firing , the East Midlanders do not concede a lot.

It is when he was sidelined at the start of the year that Leicester went missing. They lacked control and authority in the middle of the park, the direct consequence of which was a horrible run of results and plenty of doubts over UEFA Champions League qualification.

When Kante left for Chelsea immediately after the title triumph of 2016, not many thought that Leicester will ever find someone with half his ability, let alone someone as good or better, Ndidi, however, has proved everyone wrong, even if it took him a bit of time.

Indeed, Leicester City boss has highlighted the importance of the Super Eagles midfielder in his team.
Ndidi sits on top of the premier league ranking for interceptions, tackle won and recovery and believes the 23 year old is one of the most important figure in his squad.

Against Norwich, Ndidi made the most tackles and the most interceptions. He recovered possession of the ball more times than anyone else on the pitch and he rarely lost it.

Stars also revealed that 19 of Ndidi’s tackles have come in the opposition half, which helped to give confidence to forward players.

With the attacker getting all the praises, Rodgers, however, understands the player’s importance.
“He is an incredible player,” he said recently.

“The offensive players get the credit but he does the dirty work. He has this brain for the game, where he can smell danger and always finds himself there.

“When you play a pressing game you need someone like Wilf. He can cover the ground so fast, he can press up to the ball, and he can cover in. Tactically he is improving and playing better. He is playing in a specific position we haven’t played before where he can run and he has got a clear role to sit and protect and be that link player.

“His game is simple. He just needs to serve the players in front of him and be an option to play off the center-halves and full-backs and provide continuity in the game.
“He is always smiling too.” He said. 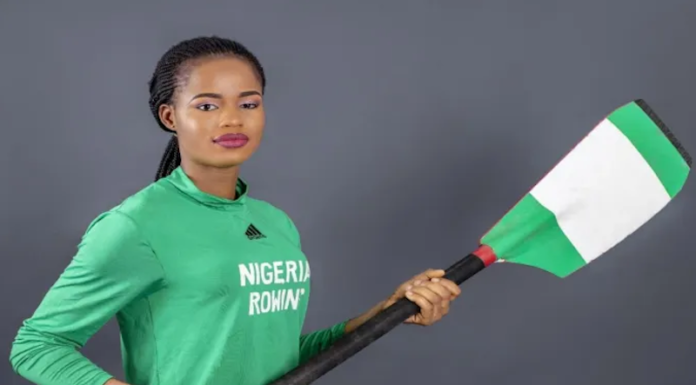