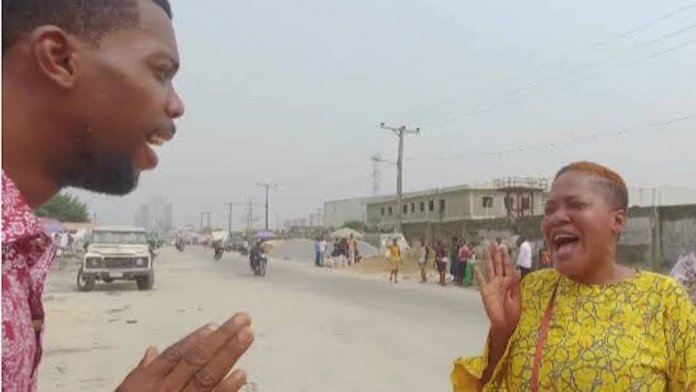 Still mulling over how you will spend the Easter holidays in a lockdown? Don’t worry. We have compiled an array of films to keep your home bubbling this holiday. Also, DStv launched a new pop up channel Africa Easter Pop Up on Thursday, April 9.The channel will broadcast until Easter Monday, 13 April, with the aim of catering to various Christian groups with rich content for a diverse group of viewers to enjoy.

Africa Easter Channel will offer music and sermons that will keep DStv viewers engaged and spiritually fulfilled during the four days of the channel (344) going live. Viewers in Nigeria will be treated to the soul-lifting and encouraging sermon from the pulpit of House on the Rock by Pastor Paul Adefarasin. Anglican viewers will get a chance to come together for a unique and special Easter service led by Archbishop Dr. Thabo Makgoba. While Methodists will be led by Rev Michel Hansrod, General Secretary, Methodist Church of Southern Africa, and presiding Bishop Purity Malinga. Catholic brethren can join Father Lawrence Ndlovu for a special Easter Service during the upcoming Easter weekend.

Meanwhile you can binge on these films:

The Ghost and the Tout: Relive AMVCA’s Best Actress comedy performance in the 2018 film ‘The Ghost and the Tout’. Toyin Abraham starred in the movie directed by Charles Uwagbai as a local boisterous lady who somehow acquires the ability to see ghosts. The film also stars Sambasa Nzeribe who played the ghost.

Miracle in Cell No 7: This heart-rending Turkish film is the rave of the moment in Nigeria. In the past few weeks, the film has remained on Netflix’s Top Ten films in Nigeria, and even sat on the number one spot for two weeks. A remake of the 2013 South Korean film of the same title, Miracle in Cell No.7 is an emotional film that tells the story of Memo, an intellectual challenged father who was wrongly accused of murder by a powerful military official. The plot moves to show the loving and kind relationship between Memo and his little daughter Ova who is determined to prove his father’s innocence.

Knives Out: Catch the American mystery film that won the hearts of many on DStv Box Office. Starring Daniel Craig, Ana de Armas, Chris Evans among other stars, the film follows the usual mystery drama trope when a patriarch suddenly dies and the cops are called. What however sets Knives Out apart is the brilliant performance of the actors and the steady hands of the director who keeps teasing the viewers with suspense on each scene.

OJ: Made in America: There is still time to catch the award-winning gripping documentary on DStv before it leaves. The series, first produced for ESPN 30 for 30, revisits the so-called Trial of the Century, when renowned former American footballer OJ Simpson was murder in the mid-1990s. ‘OJ: Made in America’ looks at many of the critical points of the trial: the domestic abuse, the police investigation, the white Bronco chase, the motive, the blood, the glove and, inevitably, the verdict and the aftermath.

The series started airing on Supersport channel (SS1) on Monday and the final episode will air today at 18:00 WAT.

The Boss Baby TV Series: Keep the children busy this weekend with ‘The Boss Baby: Back in Business’ TV series. The third season was recently added on Netflix comprising 11 adventurous episodes of Boss Baby and his crew.