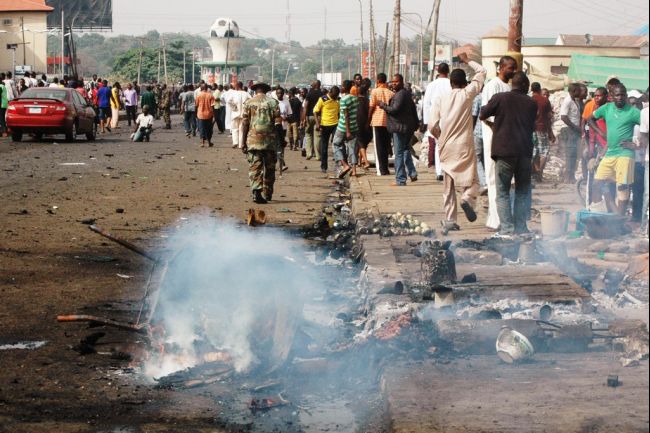 Three persons have been killed, while two policemen are reportedly missing Wednesday morning in Jootar, a border community between Benue and Taraba States, by people suspected to be militia.

According to a resident of the area, the militia stormed the border community at about 4:00am through Wukari and started shooting sporadically.

He added that the latest attack came without any provocation, confirming that at least three Tiv farmers lost their lives, while over 100 houses were also razed.

Explaining further, he said Jukun militia operated unchallenged for about three hours even as the federal government special forces are stationed in Wukari, two kilometres away from the attacked community.

Reacting to the ugly incident, the Caretaker Committee Chairman of Ukum Local Government, Hon. Tortyokaa Ibellogo, condemned the attack in its entirely, saying it was most unfortunate.

He wondered why the Jukun militia will cross over to Benue where there is no crisis, insisting that Tiv farmers in Benue were not at war with Jukun.

“To the best of my knowledge, this is supposed to be a crisis between the Tiv and Jukun in Taraba State and has nothing to do with Benue. In my state, Benue, we have Jukun in Abintse and Wurukum in Guma and Makurdi living peacefully with the Tiv people.

“I want to call on the Inspector-General of Police (IG), Chief of Army Staff and President Muhammadu Buhari, to as a matter of urgency, intervene in this crisis. Already, we are trying to maintain a social distance to face the Covid-19 pandemic which has affected Benue, Nigeria and the entire world,” Ibellogo said.

Jootar was attached last year July by suspected Jukun militia where four persons were killed without any arrest made by the security agencies.

Meanwhile, the Benue State Police Command has confirmed the incident at Jootar.

According to the state police spokesman, ASP Sewuese Anene, three unidentified corpses have been recovered, while two officers on duty in the area are yet to be found, adding that investigation is still in progress.