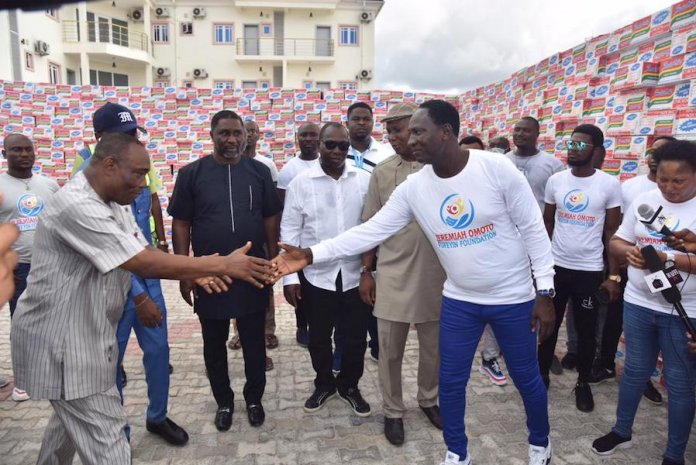 The founder and head prophet of Christ Mercyland Deliverance Ministry, Jeremiah Fufeyin, said he had donated N300 million to support the fight against the coronavirus pandemic.

Disclosing this in a statement made available to THISDAY, Fufeyin said that there was no better time for clergymen to give back to church members, followers and the society than during the COVID-19 lockdown period.

He stated that it was insensitive of pastors to demand the collection of tithes and offerings from members, as everyone is obviously going through a tough time.

According to the statement, Fufeyin has released over N25 million to his church workers, members and staff, to alleviate the tough conditions of the lockdown.

In addition, he said he had also donated a truckload of food items worth over N50 million, to the federal government through Delta State Government, and also to other riverine areas in the state.

Fufeyin said he had also given out over N250 million on all his social media platforms since the lockdown began, and would continue till April, 14.

He appealed to Nigerians and other clergymen to do the same by healing the world, one step at a time.