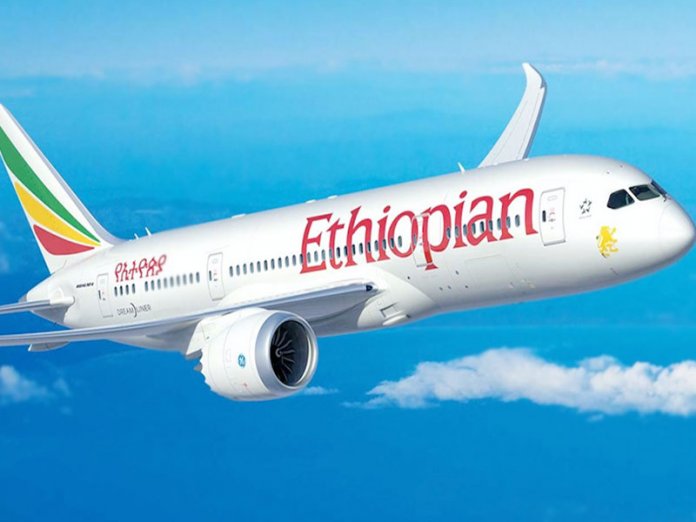 Ethiopian Airlines yesterday evacuated 585 citizens of the United States and Canada from Abuja and Lagos.

The flight, which landed in Lagos first, went to Abuja and departed from Abuja to Addis Ababa at 11.06 a.m.
Ethiopia Airlines also evacuated 385 US citizens with its B777-300 aircraft with flight number, ET 8201, from MMIA, Lagos to Washington DC.

THISDAY gathered that the flight, which was planned to take place last Friday was aborted due to procedural hitches.
Many countries have evacuated their citizens from Nigeria due to the COVID-19 pandemic, which is ravaging the world.
Air France had earlier evacuated Europeans citizens from Nigeria in the same week the federal government closed scheduled passenger flights on international routes on March 23.

Air France and Lufthansa German Airline had also evacuated more Europeans from the country.
Israel and Lebanon have also evacuated their citizens from Nigeria as evacuation has become trendy among countries in response to the pandemic.

After the ban on scheduled international flights, the Nigerian Civil Aviation Authority (NCAA) said the government would allow essential flights, which include aircraft in a state of emergency, overflights, operations related to humanitarian aid, medical and relief flights, alternate aerodrome identified in the flight plan, technical stop where passengers do not disembark, cargo flights and other safety-related operations with authorisation from the Minister of Aviation.

A batch of 140 Lebanese nationals was evacuated through MMIA on Sunday, while the second batch of Europeans, numbering 637, was evacuated last Thursday from Nigeria.