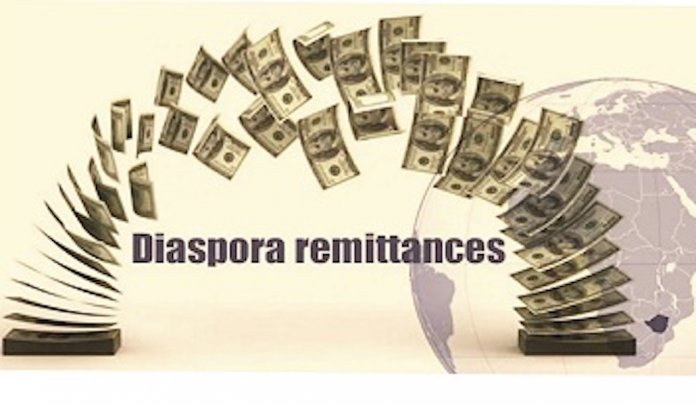 A Pan-African credit rating agency, Agusto & Co, has predicted a 20 per cent drop in Diaspora remittances to Nigeria from $25 billion recorded last year to $20 billion this year.

However, the Central Bank of Nigeria (CBN) had said that it did not have any record of remittances exceeding $3 billion, implying that the figures contained in several reports, including the latest by Agusto & Co must be based on other data sources.

It attributed the projected reduction to COVID-19 fallout, which has caused severe disruptions in the global economy.

The Lagos-based firm, in a report titled: “COVID-19 in Nigeria: Economic Perspectives and Mitigating the Risks,” also anticipated that the effects of the pandemic could place the naira under strain.

“Our prognosis also indicates that with an economic crisis in several western nations, Nigeria could see a slowdown for the first time in over a decade in workers’ remittances.

“We are forecasting a 20 per cent drop in the diaspora remittances to $20 billion from $25 billion in the prior year further placing the naira under strain.

“While we do acknowledge that the country’s import bill will drop owing to the distortions in local and global economic activities, we do not believe that this will provide sufficient support for the naira,” it explained.

Agusto & Co stated that the pandemic’s effects on economic activities and businesses in Nigeria would be dire.

It stated that with governments of some of the world’s major economies enforcing lockdowns and the slump in international travels and local commute, the consumption of energy has shrunk materially, which has led to a supply glut in the crude oil market.
It also noted that ego battles between Saudi Arabia and the Russians have led to the deterioration of the oil market and worsening the situation.

It added: “Crude oil represents about 95 per cent of Nigeria’s export revenues and a downturn in the market for the commodity always has a ripple effect on the economy.

“These shocks tend to spook the foreign exchange market leading to a depreciation of the naira and reactive demand management by the central bank to conserve foreign reserves. In January this year, the price of Bonny Light, the major variant of Nigeria’s crude production, averaged over $60 per barrel but had lost more than half that value by the end of the quarter.

“Our preliminary forecasts have been built around an average price of $35 per barrel for the rest of 2020. Under this scenario, Nigeria’s oil & gas export proceeds may fall by half in 2020 to $25 billion on a year-on-year basis ($50 billion; 2019). This has led to genuine concerns not only for the naira, but also the fiscal position of the federal government,” it added.

The firm anticipated that the naira may also come under pressure due to the slump in crude oil prices.

It explained that Lagos and Abuja are currently under an unprecedented lockdown that could last for as long as two weeks, at a minimum.

However, it noted that other sections of the country “such as Port Harcourt, the oil and gas capital of the country, akin to Texas in the US, are also under some form of lockdown.

“The lockdown of Lagos, Abuja and Port Harcourt, effectively crimps the three largest economies in the country. Global experts on public health and epidemiology argue that the success of the lockdowns in various countries is largely hinged on the rate of tests for the virus and then the ability to flatten the curve.

“Nigeria is in a bit of dilemma at the moment as current benign numbers of infected persons raise a bit of scepticism due to issues around the underwhelming rate of tests currently circa 2,000.

“It is only when Nigeria ramps up the rate of tests, contact tracing, isolations (for asymptomatic patients) and treatments that the subject of flattening the curve will become valid.

“For now, without increasing test rates, it is difficult to gauge the actual number of infections in Nigeria. Thus, it may be quite premature to make a call on the success or otherwise of the ongoing lockdown and its outcome,” it said.

According to the firm, an extension of the lockdown raises the risk of a social unrest while stoking political risks.

It added that without addressing the underlying issues of tests and contact tracing, Nigeria faces an extended lockdown that could push the economy into a double-digit recession spanning beyond 2020 and into 2021.

It said supply chains across the country would also be affected by the lockdown in Lagos.

While it acknowledged the stimulus package offered by the Central Bank of Nigeria (CBN) to businesses, it called for more concerted efforts between fiscal and monetary authorities on a broader stimulus package.

“We believe Nigeria’s dire economic situation (pre-COVID19) characterised by a two per cent post-recession GDP growth leaves the country in a bigger economic morass.
“This implies businesses will require a bigger fiscal stimulus package to sail through these times. The major effects of COVID-19 will be the uncertainty and unpredictability of events in the business environment. Despite the deluge of risks, opportunities abound.

“We believe a few industries are set for strong growth as a result of the pandemic. Firstly, the increasing spate of global lockdowns also brings the subject of food security to the core. We believe the agricultural sector, especially grains and other staples (particularly locally grown rice), is in a strong position to grow as food demand spikes from panic buying.

“Working remotely implies that several white-collar professionals will consume more internet data for work and virtual meetings leading to a spike in demand for data. Even beyond the white-collar segments, we note that more telecoms consumers will spend more time on social media and other streaming apps at this time.

“We believe these trends will help drive growth in the telecommunications industry in 2020 through to 2021. “The home and personal care industry, especially for players who have been able to adapt rapidly to the spike in demand for hand wash and sanitisers, could also see record growths in revenue. “The grocery focused supermarkets also represent a bright spot for the times. The rush to stock-up on groceries by households has been the major driver of growth for this segment of the economy.
“Overall, at Agusto Consulting, we believe this time shall pass and eventually fade into folklore,” it added.