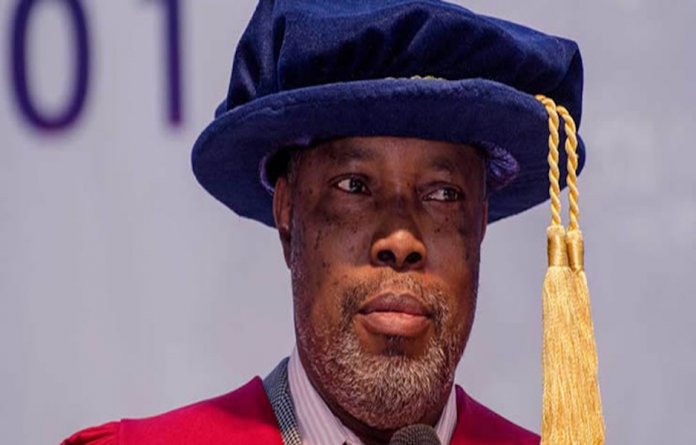 Let me state it very plainly: I subscribe to President Muhammadu Buhari’s government’s policy that Nigerian university scholars need to be starved to death! I am so strongly persuaded, and I urge you to be patient as I explain.

First of all, and unambiguously, this nation does not need universities! What does a rent-collecting state that depends wholly on proceeds of oil and gas being exploited by fraudulent and thieving foreign oil corporations need universities for? What functions will they perform in a nation that does not desire development? Frankly, they are totally irrelevant, if you ask me. Unfortunately, we have deluded ourselves and established several universities with public funds, that should ordinarily have ended up in the bank accounts of our leaders, and now we are saddled with them as a national headache. Any wonder why governments have always turned a deaf ear to the irritating demands of the university lecturers?

Since the government may not be able to totally erase these inconvenient institutions we call universities by stroke of the pen, the easiest way to destroy them is to begin by slowly and incrementally starving the lecturers to death. By this the government would succeed in ridding itself of this singularly irritating sector, so that it can focus on other more pressing issues. And there would also be more money for our sybaritic elites to spend. I encourage President Buhari to help Nigeria get rid of its scholars who are nothing but a pain in the neck. They are arrogant, pushy, opinionated and make demands on the government as if they and their universities are the only responsibility the government has. I mean, why should we continue to tolerate their monotonous agitation for adequate funding of the universities? When will they ever get it into their thick skulls that funding the universities will mean less money to satisfy the hedonistic lifestyles of elected and appointed government officials and their families? One would expect that with all their researches and intellectual exertions, they would have realized that this nation does not need them.

The main preoccupation of the ruling class is to plunder the national patrimony. And whenever they want their usually disastrous offspring to attend universities, they send them abroad, or to private universities at home to be awarded unearned degrees. I say ‘unearned degrees’ not necessarily because their children are unwilling to learn, although it is true that many are not, but because in these poorly staffed and ill-equipped, profit-oriented business enterprises called private universities, degrees can actually be purchased without much academic exertion. For example, the Department of Chemistry of the Obafemi Awolowo University, Ile-Ife, alone parades more professors than the total number in some private universities. Even though many of these private universities which the children of the elites attend, have very few students, they also comparatively award the highest number of first class honours per capita. For them, awarding first class honours is a marketing strategy.

Even though private universities outnumber public (federal and state) universities, yet they collectively, according to the NUC Executive Secretary Professor Abubakar Rasheed, have less than six per cent of the overall undergraduate population of about two million as of 2018. And their share is dwindling as avenues for official corruption are closing against treasury looters. Again, according to the Executive Secretary, the intake into the National Open University of Nigeria (NOUN) in one year is more than the numbers that all the private universities combined enrolled in four years! The implication is that these same poorly funded public universities, whose lecturers the government would rather starve to death over a disagreement, have more than 90 per cent of the entire undergraduate student population!

If only Nigerians have been paying attention to these disturbing statistics, they would have come to the reality that it is the future of their own children that the ruling class is destroying by not funding the universities and by starving their lecturers. Regrettably, Nigerians always wrongly blame the lecturers and uncritically support whatever strong-arm tactics the government employs against them. Many do so out of sheer inferiority complex, believing that university academics are too arrogant and pushy, thus deserving to be pulled down from their high horses. Others are simply ignorant about what universities are, equating them with secondary schools, and thus failing to see what makes lecturers different from other teachers. And, of course, there are the members of the ruling class who love to hold the nation in darkness and ignorance while their mindless accumulation of illicit wealth from the national patrimony goes on unhindered.

Pardon the digression. Now back to the issue of starvation at hand. Salaries of public university lecturers have been punitively stopped for two months now, and the nation’s business continues as usual. Salaries have been stopped by the federal government allegedly because of the lecturers’ refusal to be forcefully migrated unto a payment platform that has been convincingly proved to be highly defective, that violates university autonomy (as enacted and signed into law) and provisions of subsisting negotiated agreements which the government has bluntly refused to implement, among others. Sadly, not even the parents and guardians whose offspring and wards would suffer the adverse consequences of this policy seem perturbed by it. At least no protest from any quarters. All is well and good, after all it is only lecturers. They can be dispensed with anyway.

Punitive salary stoppage and other strong-arm methods have been the veritable means of addressing industrial disputes and disagreements since the early 1970s. The starvation that comes with it is the potent means for Nigerian governments, military and civilian alike, to deal particularly with protesting university academics. Whenever government policies and actions push the university teachers to strike as the only remaining option, governments characteristically revert to this default setting: salary stoppage! I can personally remember my salary having been stopped no fewer than 13 times, sometimes up to six months at a time, in the 37 years that I have been a university teacher. In case you are wondering why government officials are never mindful of how counterproductive this method is, it is because the nation does not need universities. Unfortunately, though, the same nation will turn around to blame the universities for not contributing to national development, and parents will expect starved and starving teachers who cannot feed their own families to work magic, while their family members are advised to wait till heaven for their rewards.

My honest and heartfelt advice to the federal government on the current face-off with the universities: let us totally ignore the lecturers and whatever fate may befall their families even as the raging coronavirus pandemic continue to wreak havoc on the nation. Nigeria will be better off if we starve to death the nuisance called lecturers even if the coronavirus pandemic may spare many of them. It is the quickest and permanent way to rid this nation of the headache that universities and lecturers have become. And we don’t have to look for fancy explanation for the mass extermination of irritating academics since the coronavirus pandemic is available to be blamed. This is the best time to execute the final solution, one Hitler himself would be immensely proud of.