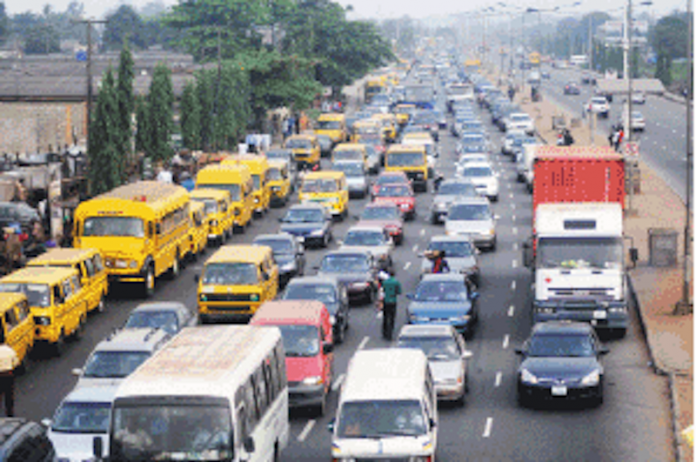 Barely seven days into the 14-day stay-at-home order issued by the federal government and enforced by Lagos State government, traffic snarls have resurfaced in parts of the state as antsy Lagosians have begun to flout the directive.

This is coming barely three days after the Minister of Information and Culture, Lai Mohammed, said the federal government could extend the 14-day lockdown should Lagosians and residents of Abuja and Ogun State not behave themselves.

The minister, who is a member of the Presidential Task Force on COVID-19, disclosed this in Abuja when he featured in a forum to give update on government’s efforts at containing the pandemic.

This warning was corroborated two days later by Lagos State Governor, Babajide Sanwo-Olu, who said the ongoing lockdown in the state might be extended beyond 14 days “if there is a need”, or depending on the situation of things and consultation with the federal government.

In different parts of the state, Lagosians could be seen on the roads, either driving, walking or even having group fitness classes together.

On Monday morning, the highway at Gbagada was blocked by residents who turned the road into a fitness class, thus throwing the social distance policy and restriction order out of the window.

On Lagos island, pockets of traffic were the order of the day as motorists also flouted the stay-at-home order.

In Lekki, the traffic stretched and lasted for a long time because some motorists who tried to cut corners drove against traffic.

At Ago, Okota, operators of lottery schemes also flouted the order as customers thronged their kiosk without observing social distancing.

Although almost all supermarkets in the axis complied with compulsory use of thermometer and sanitizers, and 20 customers per entrance, they were however lax about social distancing.

At the Isolo axis, local pubs and hangouts were open and they had customers throng in to hang out with their friends.

At Mile 12 Market, which is the hub of perishable foodstuffs, the traders and customers also did not comply with the policy of social distancing.

In trying to enforce the law in that axis, the Rapid Response Squad (RRS) operatives, led by its Commander, DCP Tunji Disu, tried to restore sanity.

In some places they visited, they were called in by some residents who tipped them off, while other places visited were part of their monitoring schedule.

During their routine monitoring at Maryland, Ojota, Ogudu, Agboyi – Ketu, Alapere, Ketu and Mile 12, they made some arrests.

Two commercial buses and a Toyota Camry loading passengers between Ketu and Mile 12 were impounded and handed over to Ketu Divisional Police Station.

Another vehicle, a Nissan Pathfinder, without valid reason for being on the road was also handed over to Alausa Police Station.