I believe in God. My belief is enunciated in the Roman Catholic Credo. Now, in this twenty-first century, with much scientific knowledge around, belief in God can be reconciled with belief in the process of evolution; apparently, evolution is a very slow, time-enabled process. Apparently. But this view that evolution is a slow time-function process may not necessarily hold for humans. Given all his intelligence and abilities, it does appear that Homo Sapiens is one frail organism after all. As the world changes so rapidly in its ecosystem complex relationships, man is finding it increasingly hard to adapt.

Now, too, I believe that God created man and He bequeathed man with wide mental faculty to adapt to and adapt the conditions of the world to suit the living-niche of man as the need arose. This past century (I have in mind the year of the Spanish flu pandemic, 1918, as baseline) and at irregular but comparatively frequent intervals through 1957 (the year of the Asian flu pandemic), 1968 (the year of the Hong Kong flu pandemic), the 2000s (the years of swine flu, MERS, SARS) and now to the 2019-2020 annals reckoning of the COVID-19 flu pandemic, man has shown susceptibility to infections of the nasal and oral orifices that present the major pathways to the interior of the human machine.

These infections are of the respiratory kind and they are hurting man, altering the balance of his societies, and we must all accept that if tweaked one way or the other with malevolent intent by human malevolent forces (that is, biological warfare) these infections are capable of quite diminishing the human race. Thus, what next? The time has come for humans to use their God-given knowledge to adapt to an increasingly hostile situation. How so? There are mooted propositions here and there that human, as biological species, may have reached its zenith of existence by the means of pushing its body-mass to survive in an earth where sunlight with its associated radiations are rife, where solar flares stream towards the human habitat plus other extra-solar radiations, where asteroids threaten from time to time, where toxic natural earth-emissions and artificial effluents are released from time to time, etc.

The human body has taken enough beating as it is already. Thank God for the wisdom He has given us, and we can now use this wisdom to implement safe living condition for the human species whereby, according to those mooted propositions, cybernetics and artificial intelligence (AI) are synergised to create cyborgs that will “exist” alongside humans and help share our burdens of “living” in a world with fast-changing ecosystem signatures. These cyborgs will do all our basic tasks for us (agriculture and food processing, especially) and humans will only “exist” to appreciate the wonders and the fruits of their labours because it is humans who laid the blueprints for these cyborgs in the first place.
Sunday Adole Jonah, 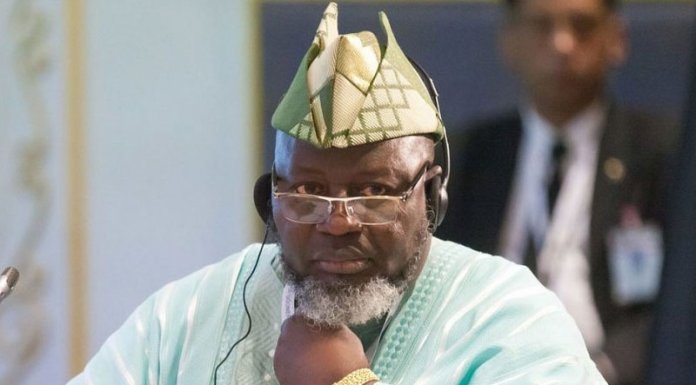