The directive that the judiciary should attend to matters that are urgent, essential or time-bound during the lockdown, further underscores the importance of the third arm of government in governance. Davidson Iriekpen writes

During public holidays, shut down of activities or restrictions of movement in any society, some category of workers are usually exempted as their absence from their duty posts might have negative consequences on the society.

These workers who are usually referred to as essential workers, are people, who still go to work. They keep the states running due to the services they provide. They include those who work in medical field, security and law enforcement agencies, communications and public utility organisations, among others.

But never has anyone considered judicial workers as part of the essential workers except when special considerations are given to mobile courts. However, with the shutting down of public and private offices to contain the spread of coronavirus otherwise known as COVID-19 in the country, the judiciary has been added to this category of personnel that would operate during this period of national lockdown.

While other arms of government – executive and legislature – have long shut down, to resume when things improve, the same cannot be said of the judiciary that has been directed to work skeletally due to the urgency of some applications and law backing some time-bound cases. This, in the new equation, has further underscored the importance of the third arm of government in governance and administration.

A circular by the Chief Justice of Nigeria (CJN), Justice Tanko Ibrahim Muhammad, penultimate week announced, a partial shut down of the courts from March 24, 2020.

In the circular signed by the spokesman of the Supreme Court, Dr. Festus Akande, all judicial officers were not only directed to comply with the guidelines issued by the National Centre for Disease Control (NCDC) and other relevant bodies towards containing the spread of the deadly coronavirus, but asked to suspend court sittings, except in matters that are urgent, essential or time-bound according to the extant laws.

Titled “Preventive measures on the spread of coronavirus (COVID-19) and the protection of justices, judges and staff of courts”, the circular which was to all heads of courts, said the need to comply was of utmost importance, because the disease which is spreading wide and fast has no known cure yet.
It added that the matter was of grave concern to the judiciary hence the need to reduce crowd in the courts and order judiciary environments.

“Consequently you are expected to take all necessary steps to ensure that the safety of management and staff within your jurisdiction by averting large gathering of people in view of the risk it may pose.
“As you all know, all federal judicial bodies are expected to continue work, however, as much as possible, efforts must be made to ensure that members of the public coming for official matters/meetings/conferences within your jurisdiction do not exceed the recommended number.

“All the guidelines issued by the NCDC and federal heads/ authorities must be complied with to ensure concerted and coordinated efforts in the prevention of the spread of the disease,” part of the circular read.

This directive essentially places judges and judicial workers as essential workers. It was against this background that the Attorney-General of the Federation and Minister of Justice, Mr. Abubakar Malami (SAN), directed that courts should attend to matters that are urgent, essential or time-bound even during the lockdown.
The directive by Malami was communicated in a letter addressed to all Heads of Courts dated April 1, 2020 conveying the COVID-19 Regulation 2020.

According to a statement by his media aide, Dr. Umar Gwandu, the minister said the measure is in line with the present administration’s pursuit of speedy dispensation of justice in the country.
“Speedy dispensation of justice is a cardinal principle of Justice Sector Reform of the present administration,” the statement read, adding that the judiciary should ensure that “time-bound cases are treated with dispatch and accorded the required attention.”

The letter with reference: “Further to the letter Ref. No. NJC/CIR/HOC/11/631 dated March 23, 2020, by the Chief Justice of Nigeria, Hon. Justice I. T. Mohammad, directing suspension of court sittings for an initial period of two weeks at the first instance, except in matters that are urgent, essential or time-bound according to extant laws,” Malami said the directive issued by the CJN was in tandem with the COVID-19 Regulations 2020 made pursuant to Quarantine Act 2004 by the President Muhammadu Buhari.

It was in view of this that the Supreme Court, penultimate week, decided to deliver judgment in the application filed by the Abdullaziz Yari faction of the All Progressives Congress (APC) seeking the review of its judgment on the governorship tussle.
The court had on March 17 reserved ruling on the APC application for the review of its judgment, which nullified the party’s victories in the general election held in 2019 in Zamfara State.

THISDAY gathered that owing to the law, which stipulates that appeals at the apex court should not exceed 60 days, the court, not knowing when normalcy would return to the country, decided to deliver on March 28 in order not to be caught up by the effluxion of time.

Due to the CJN directive, some courts sat across the country to hear some urgent applications. In Lagos, for instance, a Federal High Court presided over by Justice Mohammed Liman last week granted post-conviction bail to a former Director of Finance and Account at the Abia State Government House, Mr. Jones Udeogu, who was sentenced to 10 years imprisonment last December.
Udeogu was convicted of N7.1 billion fraud and jailed alongside his principal and former governor of Abia State, Senator Orji Uzor Kalu, who bagged 12 years in prison.

But Udeogu’s lawyer, Chief Solo Akuma (SAN), approached the court with an application that his client was suffering from prostate cancer and tuberculosis.

The lawyer added that his client was diagnosed with prostate cancer three years ago at the Abia State University Teaching Hospital and that in the course of carrying out tests on him, the hospital also discovered that he had tuberculosis. He said Udeogu was still making arrangements to book a date for surgery, when he was convicted and sent to prison last December.

In an affidavit filed in support of the post-conviction bail application, one Lazarus Agu said the correctional facility, where Udeogu is serving his jail term “does not have the facility to provide the type of medical attention Udeogu requires to survive the ailments he is suffering from.
After listening to the application, Justice Liman, granted convict a N50 million post-conviction bail pending the determination of his appeal.

Also, Justice Liman sat to hear an ex parte application by the Economic and Financial Crimes Commission (EFCC) seeking the temporary forfeiture of N293million, six parcels of land and 30,000 MTN shares recovered from a former Commander of the military Joint Task Force, Operation Pulo Shield, in the Niger Delta, Maj.Gen. Emmanuel Atewe (rtd).
The EFCC had alleged that the assets were part of the proceeds of N8.5billion, which Atewe allegedly diverted from the military operation between September 5, 2014 and May 20, 2015.

The EFCC, which has been prosecuting Atewe since 2016 alongside a former Director General of the Nigerian Maritime Administration and Safety Agency (NIMASA), Patrick Akpobolokemi, Kime Engozu and Josephine Otuaga, urged that the assets needed to be urgently protected before they are dissipated.

After listening to him, Justice Liman granted the prayers and ordered temporary forfeiture to be published in a national newspaper. The judge adjourned till April 20 for anyone interested in the assets to appear before him to show reasons why they should not be permanently forfeited to the federal government.

The Supreme Court, last Friday, also sat to strike out the fraud charges filed by the EFCC against a former governorship candidate of the defunct Action Congress of Nigeria (ACN) in Kwara State, Mohammed Dele Belgore (SAN).
The apex court allowed the appeal against the ruling of the lower court delivered by Justice Rilwan Aikawa sitting at the Federal High Court in November 2018.

By and large, it is trite to say that the Nigerian judiciary is living up to billings at this critical time in global history and in spite of its obvious inadequacies, has always played its part for collective good.
This also highlights the importance of granting the judiciary its pride of place as an independent arm of government that does not have to go cap-in-hand to the executive for survival, knowing full well that it is as important as the two other arms. 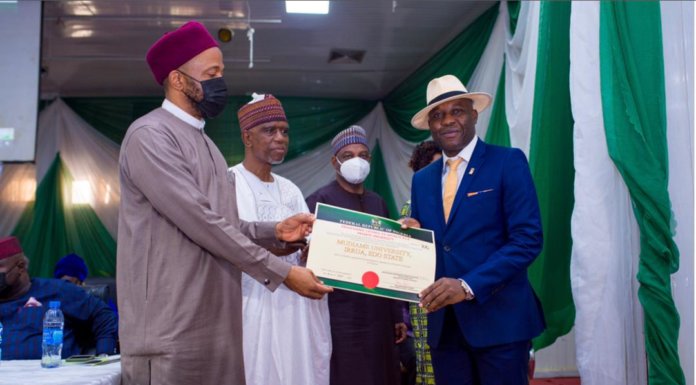