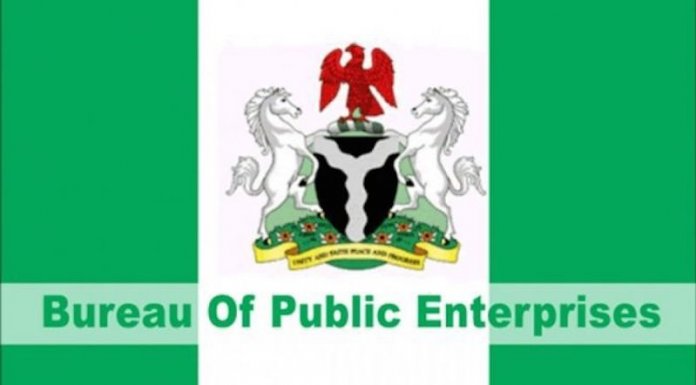 The Bureau of Public Procurement (BPP) has turned down a request by the Nigerian Airspace Management Agency (NAMA) for the issuance of a “certificate of no objection” to enable it adopt direct/single source procurement method for the installation of Instrument Landing System (ILS/DME CAT 111) at three airports in the country. By this request, NAMA wanted to avoid a competitive bid process by shutting out other suppliers who might have the competence to provide and install the navigational aid, in favour of a preferred provider.

In another development, informed sources said system failure was behind the recent diversion of flights from Lagos to neighbouring countries by foreign airlines during bad weather.
The airspace management agency had through a letter with reference number NAMA /MD/BPP/026/1911/12, dated November 12, 2019, requested approval to adopt direct/single source procurement method for the installation of ILS/DME CAT 111 at the Mallam Aminu Kano International Airport, Kano; Port Harcourt International Airport, Omagwa; and Katsina Airport.

Sources told THISDAY that while processing the NAMA request, BPP had received a letter from Thales Deutschland Air Traffic (which was copied the House of Representatives Committee on Aviation). In the letter, Thales indicated their capacity and interest to supply and install ILS/DME CAT 111 at Kano, Port Harcourt and Kastina airports.

In the course of review, BPP was said to have observed from its database of categorisation and classification of verified companies, which had completed their registration on its online registration portal, that there were other suppliers and equipment representatives involved in the supply and installation of aviation systems that could have taken the opportunity to bid for the project.

In light of the revelations that suitable alternatives existed, and considering the fact that other firms were willing to bid for the supply and installation contract, BPP, it was gathered, felt it would be against the tenets of the Public Procurement Act, 2007 to adopt single source method for the procurement of ILS/DME CAT111 equipment for the airports. The bureau also reasoned that approving a single source method would deny the government the benefits of healthy competition.

Based on these considerations, BPP declined NAMA’s request for Due Process Certificate of No Objection.
Accordingly, BPP directed NAMA to procure the installation of ILS/DME CAT 111 via open competitive bidding method in line with Sections 16 (1)(c) and 25(2)(ii) of the enabling Act.

Meanwhile, system failure was the real cause of the recent flight diversions to neighbouring countries by foreign airlines during bad weather, sources revealed. International passengers to the Murtala Muhammed International Airport, Lagos (MMIA), mostly Nigerians, had suffered harrowing experiences between January and February as a result of several flight diversions to neighbouring countries due to inclement weather.

Aviation authorities had attributed the development to non-calibration of the new Category Three (CAT111) ILS recently installed at the airport. But revelations now point to the contrary.
The advanced navigational aid was aimed at facilitating seamless landing of flights at the ever-busy airport under bad weather even at near-zero visibility. The essence of upgrading the ILS at the airport from Category Two (CAT11) to CAT111 was to avoid flight disruptions during the harmattan.

Following the January/February flight diversions, the House of Representatives Committee on Aviation, chaired by Hon. Nnolim Nnaji, had summoned the NAMA Managing Director, Capt. Fola Akinkotu, and heads of other aviation agencies for answers. The summons was at the instance of a motion sponsored by Hon. Wale Raji, representing Epe Federal Constituency of Lagos. The House of Representatives had directed the committee to investigate the circumstances that led to the flight diversions and report back within two weeks.
Akinkotu told the committee that the diversions occurred because the agency could not calibrate the equipment on schedule due to interferences from wrongly mounted communication masts within the airport.
However, inside sources revealed that the problem, which led to the embarrassing foreign flight diversions, was traceable to lack of capacity.

The ILS installed at the airport, according to the sources, are entirely new equipment that NAMA engineers are still trying to acquaint themselves with, having been trained on a particular brand of instrument landing system from a different manufacturer.
THISDAY gathered that when the need to upgrade the ILS at MMIA arose, due to increasing volume of daily traffic, the NAMA management, in collaboration with some top Ministry of Aviation officials, ignored the advice of the engineers and engaged an indigenous company, Allolix Geoscience Limited, representatives of Sellex, the equipment manufacturer, to supply and install the ILS at the airport. After installation, efforts were made to calibrate the equipment, but they were not successful. Two attempts at calibrating the ILS reportedly failed before the recent flight diversions occurred.

Sellex engineers, THISDAY further gathered, had been trying to ensure that the equipment was calibrated, but to no avail.
Sources say the failure to calibrate the equipment still portends danger at the airport because aircraft may not be able to land successfully, as envisioned, during adverse weather conditions.

Aviation experts had contended during the flight diversions that even if NAMA was going to introduce brand a new and untested safety-critical equipment like the ILS CAT 111, it should not have experimented with MMIA, which is the busiest aerodrome in the whole of West Africa at the moment. They reasoned that NAMA should have started its introduction with less busy airports to ascertain its reliability before adopting it for a prime airport like the Murtala Mohammed International Airport, Lagos.