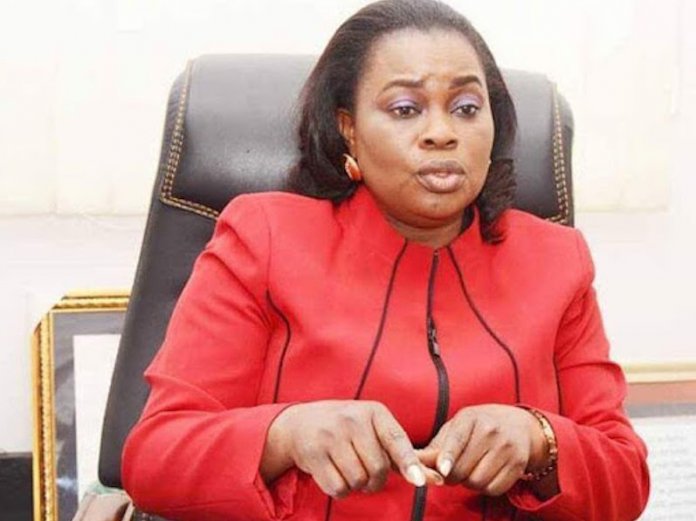 Osun State government has confirmed that one Coronavirus patient is missing from an isolation centre at Gedu in Ejigbo local government area of the state.

This was contained in a statement issued by the Commissioner for Information and Civic Orientation, Mrs. Funke Egbemode, in Osogbo, the state capital.

The statement debunked earlier report that six persons were missing from the Isolation centre.

According to her, only one person could not be accounted for by officials stationed at the Isolation centre out of the 127 persons at the facility when the headcount was done.

There had been unconfirmed reports that six persons who tested positive fir COVUS-19 escaped from an isolation centre at Gedu in Ejigbo and that the state government had launched manhunt for the missing persons.

The reports had listed the names and phone numbers of the six infected persons purported to have escaped as: LAWAL Waliyulah, Masifa Ejigbo. 08063691573; LASISI Murafat, Olugbodi’s compd Ejigbo, +22505368845; Ganiyat Alabi.

Reacting, Egbomode in the statement titled “The Truth About Ejigbo Returnees”, said “a quick check showed that the name and number of the first person on the list of the purported missing patients, is indeed currently in our facility in Ejigbo”.

“Nothing can be further from the truth. As a government, we have not issued any statement to confirm or deny such story. Besides, a quick check showed that the name and number of the first person on the list of the purported missing patients, is indeed currently in our facility in Ejigbo.

“Recall about a week ago, we received 127 returnees from Ivory Coast and we have kept them since then to avoid community transfer of the virus.

“This morning we embarked on a headcount and found out that only two persons could not be accounted for by officials stationed at the Isolation centre out of the 127 persons.”

She said, “We want to reiterate that any official(s) found culpable will also be dealt with accordingly.

“We implore members of the public to discountenance the alarm being raised. We will continue to do everything to protect the lives of our citizens in this fight against Coronavirus.”