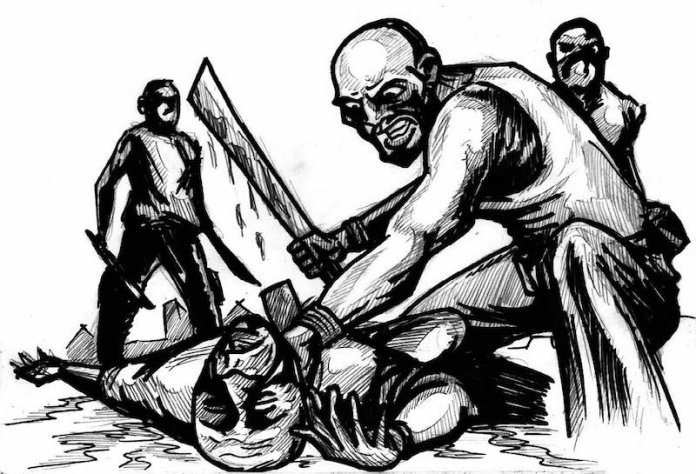 Frequent clashes impact negatively on governance and the economy

No fewer than 12 persons were recently killed and scores of others injured following a communal clash between Ebom and Usumutong communities in Abi Local Government Area of Cross River State. At about the same time, the border communities between Benue and Ebonyi States were engaged in renewed attacks which pitched the Agila against Ngbo people over disputed lands. In several other theatres across the country, communities are rising against one another in supremacy battles over land that is not put into any productive use.

According to the latest figures from the Global Centre for Responsibility to protect, over 3,600 people have been killed in Nigeria as a result of intercommunal clashes since January 2016. While many of these clashes are preventable, the National Boundary Commission (NBC) that should help resolve them by wading in with facts and figures has been castrated due to lack of fund. The commission’s acting Director-General, Mr Adamu Adaji, told a National Assembly committee last year that it “has six zonal offices across the country without a single operational vehicle in the zones.

There are lingering boundary crises, but we find it difficult to intervene in some due to lack of funds.” Sadly, frequent violent clashes across the nation are increasingly having destabilising impact on governance, the economy and the society at large. With thousands of houses, schools and farmlands destroyed and hundreds of thousands displaced as a result of these incessant eruptions, the losses to the economy cannot be easily quantified. Aside the people that have been killed and property that had been razed, several families are today dislocated

with countless people physically and psychologically maimed for life. The future ambitions of many Nigerians, particularly children, have been cut short or disrupted. More worrying is that many communal conflicts across the nation also highlight the prevalence of weapons in the hands of non-state actors. That Nigeria is awash with illegal small arms and light weapons (SAWLs) is no longer news. The ease of access to these weapons has made individuals and communities more fortified and hence less amenable to entreaties to make peace. Many communities are self-arming to protect themselves, to go on the offensive or for reprisal attacks.

This development does not bode well especially at this critical time when the nation is experiencing serious security challenges. It was such easy access to SALWs by some unscrupulous elements that resulted in total breakdown of law and order in some of the failed states in Africa of which Somalia is a prime example. Such proliferation equally led to difficulties in conflict resolution as was the case in Liberia and Sierra Leone in the recent past.

This is why we enjoin all the relevant authorities to recognise the danger posed by these communal clashes and act very quickly to tackle the menace before it is too late. There is also the urgent need to develop a framework that will enable the country to effectively respond to any crisis and safeguard lives, property and ensure stability and growth in the economy. Just last week, residents of Ologbo in Ikpoba-Okha Local Government in Edo State called on the House of Assembly to wade into the crisis threatening to destroy their community.

For now, the inability of the government to maintain law and order in many localities is too obvious. That has to change if we must restore peace to our country. Besides, and even more fundamental, there is need for a holistic approach that not only addresses the immediate challenge but one that deals with some of the root causes of this violence over land disputes in our country – the issue of growing unemployment that has created many
idle hands.