The Chairman of PGF and Governor of Kebbi State, Alhaji Abubakar Bagudu, in a statement issued yesterday, described Tinubu as a unifying and rallying point for all.

He commended Tinubu’s leadership and commitment to a united prosperous Nigeria.
“We acknowledge your contributions to our team of progressive governors through your insightful and resolute inputs to the processes of managing governance in Nigeria as well as within our great party.

“As our national leader, you certainly represent our unifying and rallying point for all.

“Once more, as we rejoice with Asiwaju Bola Ahmed Tinubu, we advise all Nigerians to stay at home and stay safe until we continue to work together towards overcoming the current COVID-19 global pandemic,” he said.

The NGF has also joined others to celebrate Tinubu.

The chairman of the forum and Plateau State Governor, Mr. Simon Lalong, described the party leader as one of Nigeria’s finest politicians.

Lalong, in a statement by his Director of Press and Public Affairs, Dr. Makut Macham, in Jos, described Tinubu as a personality worthy of note.

He described him as a man, who understood the best way to connect with the people and canvass for their interests.

“Senator Bola Tinubu is a leader who serves with diligence, courage and compassion in such a manner that he clearly articulates and canvasses for issues that directly affect the people.

“He has remained consistent in advocating for matters that unite Nigerians and also promote the economic development of the country,” he said.

Lalong acknowledged the contributions of the celebrant as APC national leader and one of its founding fathers, saying he continued to provide exemplary leadership for the ruling party.

He noted that the politician ensured he maintained harmony among members of the party.
Sanwo-Olu, in a message by his Chief Press Secretary, Mr. Gboyega Akosile, described Tinubu as a pathfinder, a visionary leader and a rare mentor, who has contributed to the socio-political and economic development of Lagos and Nigeria.

“Asiwaju, as a pathfinder, navigated and charted the developmental course of modern Lagos and raised the bar of governance as well as public service in the state,” he said.

Abiodun also praised Tinubu for standing firm as a principled politician who could not be swayed by extraneous influence.

He said: “It’s no means to be who you are: elected senator in Lagos and twice as governor. You survived in the face of all odds and remain the main man standing.
“Like phoenix, Tinubu is un-cowed as the face of progressive politics, national leader of the APC, irrepressible statesman and a titan; one whose unconditional service and time-tested leadership inspire hope in most of us.”

On his part, Gombe State governor, described Tinubu as a true democrat, a rare breed and large hearted individual who sacrificed a lot for Nigeria, describing as legendary and inspiring, his relentless commitment and love for the nation and democracy.

He said with his pedigree and track records of mentoring, guidance and support for upcoming leaders to accomplish their dreams, Tinubu has written his name in gold in the annals of Nigeria and earned for himself, national and global accolades and respect.

Yahaya, who said the APC leader personified courage in leadership and patriotism, saluted his abiding faith in ideals of democracy and the Nigerian project.

Also Oyetola in a statement by his Chief Press Secretary, Mr. Ismail Omipidan, described the former Lagos State governor as one of the few political geniuses Nigeria and indeed the world was blessed with, describing him as a man of many parts.

“Describe him as a man of many parts and you will not be far from the mark. Indeed, your impression of him is a function of the side of him you decide to portray per time, quintessential politician,” he said, describing Tinubu as “leaders’ leader, nation builder, reputable entrepreneur, astute manager, visionary, emeritus governor,
boardroom guru, distinguished accountant, talent hunter and political fighter.”
Similarly, Niger State governor, in a statement by his Chief Press Secretary, Ms. Mary Berje, described Tinubu as a true democrat and a blessing to the nation.

“Turning 68 is a huge milestone, especially to someone, who never gets tired of doing great things in great ways; someone who has provided the much-needed guide on each step of the way; someone who in spite of the cumbersome nature of our political terrain has successfully led us in the right direction,” he stated.

editor - May 28, 2020 12:03 am
8
The Verdict By Olusegun Adeniyi, Email: olusegun.adeniyi@thisdaylive.com In the past one week, dozens of people have sent me a four-minute video clip of Governor Ben... 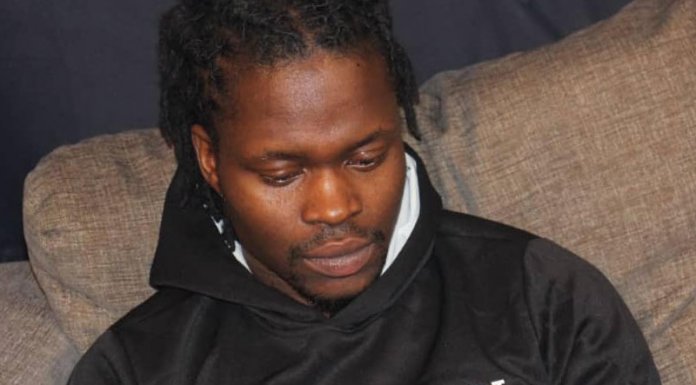