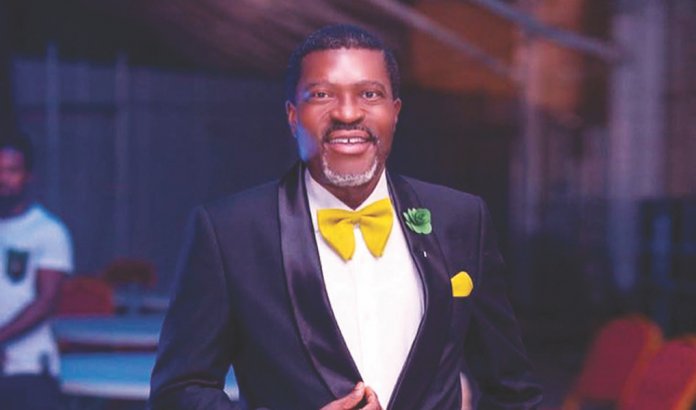 Nigerian politicians always talk of the need for a handshake across the Niger. The politicos have from the First Republic been talking of forging an alliance between East and West toward the greater growth of Nigeria. Thus far it has been all talk and no action on the political front.

The makers of Nollywood did not waste words in talking before making possible the handshake across the Niger.

It is generally agreed that the Igbo language film of 1992, Living in Bondage, played a pivotal role in the establishment of Nollywood. The highly under-celebrated lad that brought to life the story of Living in Bondage, Okechukwu Ogunjiofor (Paulo in the movie) made possible the handshake across the Niger in Nollywood as he said: “I had the story to share and I felt that since the eastern part of this country does not have a cinema culture, and all of them are rich enough to have video machines in their homes, why don’t I take the film to their homes so that they can watch it?”

Ogunjiofor reiterates his winning formula thus: “Unlike in the western part of Nigeria where the Yorubas always went to the theatres to watch movies, the easterners, especially the Igbo, needed the movies to be brought to their homes.”

Kenneth Nnebue (NEK) provided the money for the making of Living in Bondage while Chris Obi-Rapu was the ace director. The movie became an instant bestseller and thus initiated the Nollywood revolution. The handshake across the Niger in moviemaking quickly earned Nigeria the high pedestal of jostling with America’s Hollywood and India’s Bollywood as the world’s three largest movie producers. The not-so-funny aspect of the matter is that Ogunjiofor was only paid N500 for producing the story and acting in the movie.

Let’s hear from him once more: “The making of Living in Bondage marked the first time some people were paid in thousands of Naira to act on a film. I got N500 because I had not acted on television then. People like Bob-Manuel (Udokwu) and others were paid a thousand naira. As a producer and an actor, what I got was only N500.”

He adds the following words of fulfillment: “Since after we shot Living in Bondage the only happiness I have is that God used that opportunity to lift the celluloid era. And what we said was let’s bring the current format of celluloid film into digital and let’s create jobs for people and today we can imagine the number of thousands of people that are feeding from film.”

The movies have since proliferated in the major languages such as Igbo, Yoruba, Hausa, Ijaw, Efik, Ibibio etc. The English language films are seen as welding the diverse ethnic groups together. Actors who used to earn peanuts while hanging around the NTA premises are now worth their weight in cash.

The boom of Nollywood following the fabled handshake across the Niger should be emulated by Nigerian politicians so that the country can rival the best all over the world in politics and democracy.

Remarkably, when the Nigerian national football team, the Super Eagles, was in 2005 having a pulsating match with the Zimbabwean national team in Harare, the Zimbabwean supporters had one big banner in the stands on which was written in bold red: “Nigeria – Good only for Films!”

For the many men and women of Zimbabwe, the prowess of Nigeria on the football pitch was not as great as the accomplishment of the country in the film industry.

The Zimbabweans are not alone, for across the length and breadth of the African continent the Nigerian home movies are all the rage.

The relevance of Nollywood in the cultural renaissance of Nigeria cannot be gainsaid. It is getting obvious by the day that Nigeria can indeed conquer the world through the reach of movies just as the Americans did through the exploits of Hollywood.

Professor Jude Akudinobi who teaches film studies at the University of California, Santa Barbara, says: “What Nigeria has in Nollywood is a global brand. I am always being consulted from all over the globe about the workings of the Nigerian home movie industry. The government has a goldmine in the industry if properly managed with the requisite technical competence.”

In the heyday of Nollywood, Leke Alder said, “The revenue generated by sales and rentals of movies in Lagos State is N804 million per week. This adds up to an estimated N33.5 billion per annum. Demand for broadcast content in Nigeria averages 836,580 hours of programming per year valued at N250 billion. Uptake of CDs at Alaba International Market, Lagos alone is estimated at 700,000 discs per day. The movie industry in Nigeria relative to the size of each state’s economy is at least N522 billion per annum.”

Dr Ngozi Okonjo-Iweala had at a seminar on “Global Imperatives for the Nigerian Movie Industry in 2005” said that the “Government expects the industry to generate about US 250b dollars in foreign exchange.”

The Nigerian politicians should henceforth stop their long talk on a handshake across the Niger and instantly shoot straight like the makers of Nollywood. As Eli Wallach, acting the role of Tuco, said in the classic western film, The Good, The Bad, The Ugly, “If you wanna shoot, shoot! Don’t talk!”