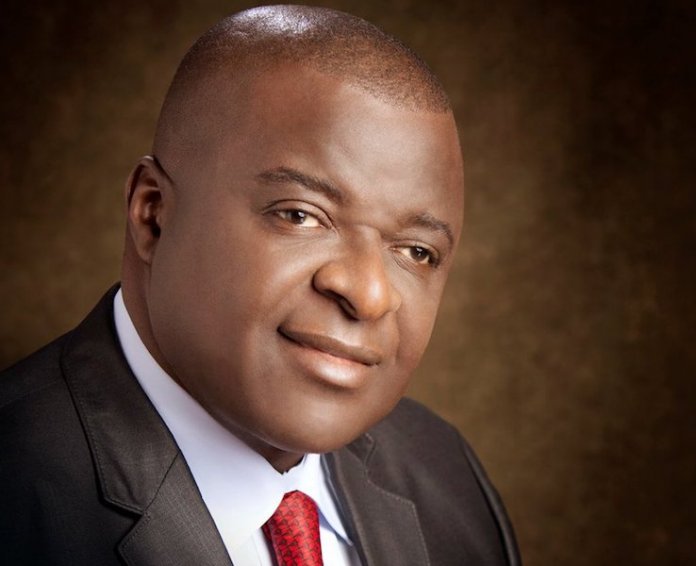 The Champion Newspapers Awards was targeted at acknowledging the contributions of some of the outstanding individuals, organisations, agencies and institutions of both state and federal government to the development of Nigeria in particular and humanity in general in the areas of business, politics, culture, social and infrastructural developments.

Okonkwo, who represented Anambra Central senatorial district at the Senate between 2007 to 2011, was said to have been recognised by the organisers following his consistency in resisting the barriers against internal party democracy in every platform he belonged, was also significant for his practical advocacy at great personal expense, to increase the youths participation in all cadres of our national political leadership.

His footprints in the local Nigerian economy in Manufacturing, Trading, Banking, Telecoms, Oil and Gas, Advertising, Estates Development, are vocal portraits of an entrepreneur extraordinaire, whose vision is as large as his employed workforce.

Presently, a global renowned multinational company is in partnership with his Topwide Group, pioneering an ambitious tech-driven investments in our deserted non-oil mining sector, at a scale revolutionary in the industry.

Propelled by such grace in business, a resolve for a wider space of service to the people was a call he heeded, and politics became a passionate vocation. It was no surprise that in what measured as his first electoral victory, he won a vigorously contested delegates election against intimidating heavy weights, to the then Social Democratic Party, (SDP) National Convention in 1992, at Jos, Plateau State, that ratified the nomination of late Chief MKO Abiola as its Presidential candidate. A daring achievement for aspirational young man his age then.

Scheduled to hold at the prestigious Oriental Hotel in Victoria Island, Lagos, the Champion Newspapers Awards is targeted at acknowledging the contributions of some of the outstanding individuals, organisations, agencies and institutions of both state and federal government to the development of Nigeria in particular and humanity in general in the areas of business, politics, culture, social and infrastructural developments.

The Group Managing Director, GMD and Editor-in-Chief of Champion Newspaper, Dr. (Mrs.) Nwadiuto Iheakannwa had expressed delight at the elevation of the 2019 edition of the awards to an ‘A’ list event saying that the event will translate to a parade of stars.

According to her, “the awards and recognitions are intended to acknowledge those persons, organisations, institutions and agencies, who made outstanding contributions in reshaping the growth and fortunes of Nigeria and indeed the whole world in 2019.

“We took extra care in sorting out these individuals and organisations as our Board of Editors was painstaking in voting for the right candidates.

“It is our own little way of encouraging Nigerians to strive towards excellence in all their endeavours. We should have the people that we should look up to and emulate at all times.

“The award ceremony is Champion Newspaper’s own way of fostering a better society. We are looking forward to hosting no fewer than 500 dignitaries at the event”, she explained.