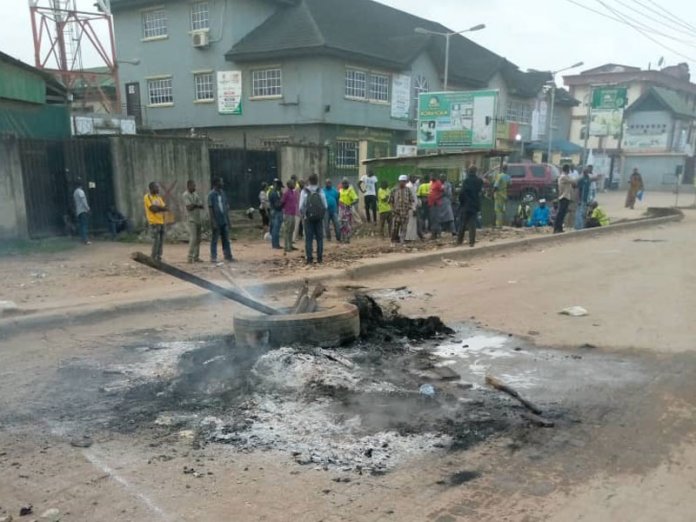 Chiemelie Ezeobi writes that residents of Satellite Town and its environs have been gripped with fear over the reign of terror of some hoodlums, who have held the community hostage for years despite police intervention

On Wednesday, March 11, 2020, scores of persons, including truck drivers, sustained varying degrees of injury after some heavily armed thugs invaded Vinager and Abule-Ado areas in Satellite Town, one the many Lagos suburbs.

The thugs also looted many shops while trucks were torched. As expected, the crisis crippled business activities and even led to the temporary closure of banks and other business interest.

According to eyewitness reports, trouble started when the armed thugs said to have been recruited from Benin Republic by a suspected gang with base at Oguntade village in Old Ojo road, Satellite town, invaded shops and residential areas demanding money forcefully from people.

They divulged that the thugs, who were heavily armed with sophisticated weapons, were shooting sporadically into the air to scare people. It was gathered that they succeeded in breaking into homes and carting away valuables after which they subjected their victims to thorough beatings. They further alleged that some people who tried to resist them were shot while others were seriously injured.

Aside looting shops, the thugs, who were masked and had set bonfires with used tyres on the road, also attacked and damaged the vehicles of truck drivers who refused to be extorted. It was however gathered that a team of policemen from Satellite Police Division were deployed to restore sanity.

But recent indications emerged that the suspected mastermind and leader of the gang terrorising Satellite town and suburbs in Lagos state has resurfaced few days after he fled their criminal den following an operation by the police in the area.

The alleged mastermind said to lay claim to the leadership of Oguntade community in Satellite town reportedly re-appeared just few days after a team of policemen stormed his notorious enclave but failed to arrest him and his commanders said to be his sons.

It was learned that he narrowly escaped on a motorcycle towards Badagry-Seme axis few minutes before the police team stormed their den. Residents of the area which includes; Abule-Ado, Vin-Niger, Able-Pain, some parts of Trade Fair, Mile 2 and Festac town had constantly complained about the ceaseless attacks, extortion, forceful take over of their hard-earned properties, torture, intimidation and harassment by thugs led by the kingpin who parade the areas freely armed with dangerous weapons without fear of security agencies.

Sources, however, intimated that when the case was transfered to the State Criminal Investigations Department, Panti, Yaba, only three suspects were presented as culprits. One of the suspects was later identified as a member of NUPPENG and one of the victims of the terror gang.

As they disclosed during the attack recorded on March 11, some of the residents and truck drivers who spoke under the guise of anonymity for fear of being attacked alleged that the hands of police are tied over the matter because of the support the hoodlums allegedly get from a retired top police chief, who allegedly always come to their rescue each time they were arrested.

It was further gathered that each time the police in Lagos swung into action, the police chief will quickly intervene, thus making it virtually impossible for both the kingpin and members of the notorious gang to face the law.

According to one of the truck drivers, this recent explosion at Abule-Ado should be well investigated because members of the gang, who were flushed out from their den at Oguntade village by the police, could have done that as a reprisal.

They said if the police and other security agencies fail to check the excesses of these thugs and charge their leader to court for all the atrocities they have committed using ownership of land as a guise, then all should be ready for possible insurgency in Lagos.

As reported earlier by THISDAY during the last attack, these hoodlums have subjected truck and tanker drivers, who are members of NUPENG, untold hardship by attacking their base at Abule Ado, extorting money from them, battering and killing them.

This ugly development has already resulted in series of petitions to the police and other relevant authorities pleading to be saved from the criminal activities of the thugs, but efforts made so far haven’t been enough as these hoodlums keep resurfacing and operating as if they are above the law. In times last, they have subjected both the police and officials of Oriade LGA to undue harrasement, intimidation and humiliation without the authorities fighting back.

Just last week, the police in Lagos swooped on them after they attacked and wounded some residents of the area and truck drivers at Abule-Ado. The police team succeeded in dismantling and capturing their den and announced that no fewer than 40 of the suspected thugs were arrested after the dawn operation.

This was because their notoriety had reached a crescendo following the recent violence, which prompted the Commissioner of Police, Hakeem Odumosu, to declare a manhunt for the thugs and their sponsors.

At a press conference held after the bloody attack, Odumuso told reporters that about 40 of the suspects were arrested and plans underway to fish out Olarinde, who at the time, had fled the community.

The police chief also confirmed the danger the thugs posed to the area, disclosing that police intelligence disrupted their plans to attack through the waterways.

The man was trailed to his hideout around Badagry but it turned out he fled on a motorcycle just few minutes before the arrival of the police team, a source privy to the operation said.
Meanwhile, reports said immediately after he re-surfaced at their den, the kingpin organised his thugs and they invaded the base of truck and tanker drivers armed with dangerous weapons including cutlasses, broken bottles and stones, unleashing terror on people. As at press time, the police had not yet intervened, leaving the victims to live in constant fear. 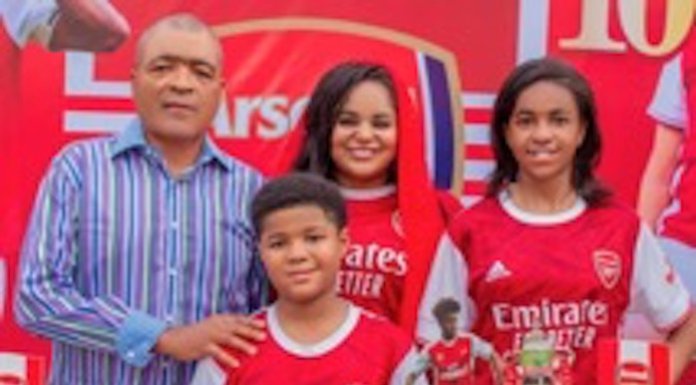