Chiemelie Ezeobi, who was a participant at the one-day seminar organised by Civil Society Legislative Advocacy Centre, writes that the core focus was to advocate for reforms that will boost accountability and transparency in the defence sector, especially in the light of the ongoing war against insurgency

The Civil Society Legislative Advocacy Centre (CISLAC) has called for policy reforms in the country’s defence sector for improved transparency and accountability. They made this charge in a dialogue with defence and security reporters, at its recently organised one-day media workshop for 21 investigative journalists and editors on Defence Sector Accountability Reportage on March Tuesday,’ March 18. The workshop was organised in collaboration with Transparency International (TI) and support of Department For International Development (DFID)- UK.

In advocating for policy reforms to boost defence sector accountability, they tasked the media on responsible reporting, just as they challenged them to deploy investigative journalism skills in their effort to make the defence sector a lot more transparent and accountable in Nigeria. Nonetheless, the media was charged to probe the defence sector in order to expose corruption without jeopardising national security.

In his opening remarks, CISLAC Conflict Advisor, Salaudeen Hashim, said some level of reforms, particularly within policy regime, was needed for improved and more transparent performance of the sector.

He noted that laws like the Official Secrets Act were shrinking media space, encouraging corruption while some behavioural practices of defence spokespersons were creating some bottlenecks in the institution’s relationship with the civilian population.

Charging the media to ensure their reports were informative and very constructive to ensure that every party within the sector was fairly represented, he said: “For us, the media is a worthy ally in the campaign to achieve an accountable and a transparent defence sector. If we must achieve a reform that is people centred, we believe that the media will be a very key partner to help us in terms of achieving a desired result.

“So, what we have done here today is to actually put media individuals and personnel together to be able to also interact and equip them with adequate information that can help them in doing their job a lot better. The information, we believe, will be able to help in terms of ensuring that we secure the kind of accountability and the modern military that we want to have.

“Unfortunately there seems to be a lot of distress currently but we know that the media stand a very good stead to help the country in restoring accountability in the defense sector.

“What we can see very clearly borders around bureaucratic practices within the defence sector that is actually hampering access to information and that is very key and the unprofessional nature within which defence public relations officers or those who are proxies for them speak on their behalf seems to have some level of challenges.”

In her presentation tagged “An overview of Increase transparency, accountability and integrity (ITAI) project,” Bertha Ogbimi noted that corruption in the defence sector was dangerous, divisive and wasteful, adding that it leads to misappropriation of funds and by extension jeopardises national security.

Ogbimi, a development specialist advocate, said there was need for defence budget to be made more transparent so that Nigerians can know how funds are being expended.

She said: “We are not saying we want to know certain information that can compromise national security. What we are asking is that they be more transparent in the process. Information that have no security implications should be made public.”

Meanwhile, she reeled out the organisation’s interventions in the defence sector and the successes gained under its Executive Director, Auwal Ibrahim Musa. Among them are the SANDS project researches that birthed policy briefs, like ‘Weaponising Transparency’ Defence Procurement Reform As A Counterterrorism Strategy in Nigeria, 2017; ‘Camouflaged Cash’- How ‘Security Votes’ Fuel Corruption in Nigeria, 2018 and Involvement Of The Nigerian Security Services in the 2019 Electoral Process: Guardian or Threat to Democracy?

In his presentation, journalist and defence reforms advocate, Senator Iroegbu, who doubles as the founder of The Sentinel, a fast-growing online paper, shared practical and real-time experiences he has garnered on the field while reporting the defence beat. He also admonished reporters on the beat to always weigh the implications their reports would have on the nation before publishing.

According to him, this was because of concerns expressed by stakeholders that defence sector policies impede the efforts of journalists to deepen their coverage of the sector.

During his presentation on “Accuracy in Investigation and Reporting As A Key To Achieving Defence Reform Agenda – Experience Sharing”, he discussed top notch approaches to reportage of defence and security issues, urging the media practitioners to review their strategies and move beyond crisis messaging in order to enhance security sector reforms and therefore participate in building a deep understanding of objective security contexts and threats.

“It is time you go beyond reportorial and go deeper to actually become an expert, contributing your quota to issues when your opinions are sought,” he charged.

Stressing that the military cannot distant itself to the era of instant global media communication, he said they need to be reformed and be in sync with prevailing situations. At the same time, he urged participants to adopt more uncompromising ways of demanding accountability and transparency through their reportage, adding that if media beams its their in the defence sector, hold stakeholders accountable, things will improve for the defence sector and for the nation.

CISLAC, Programme Officer, Mr. Salaudeen Hashim advocated that there should be a level of reform particularly within policy regime within the state. While highlighting this against the background that there seems to be a few policy space that is shrinking media practices, he also advised the media to do more of in-depth research into the sector they are reporting because this would indeed help to situate them in a more balanced way to avoid any sort of partisan or perception of being lopsided in any way. 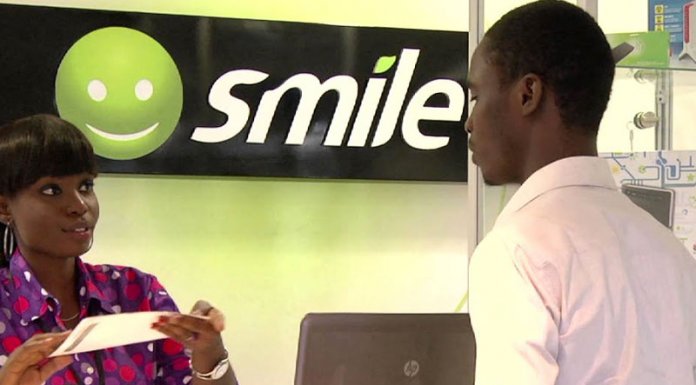