The new leadership at the Nigerian Maritime Administration and Safety Agency has issues such as the disbursement of the Cabotage Vessel Financing Fund, the elusive Category ‘C’ International Maritime Organisation seat, cessation of cabotage waivers, worsening pirates’ attacks, to deal with, writes Eromosele Abiodun

The uncertainty over the leadership of the Nigerian Maritime Administration and Safety Agency (NIMASA) following the expiration of the tenure of the former Director General, Dr Dakuku Peterside has been put to rest. This followed Peteriside’s formal handing over to the new head of the agency, Dr. Bashir Jamoh.

Before the hand-over, there were conflicting reports in the media over the appointment Jamoh by President Muhammadu Buhari raising fears of uncertainty in the agency. But as stakeholders were struggling to know the true position of things, officials of the agency sent out notice informing all concerned that the change of leadership will take place as speculated.

There is no doubt whatsoever that Peterside made giant strides at the agency.
However, even the most perfect institutions in the world require constant innovations to stay on top of their game. As stated by staff of the agency during the handover ceremony, the challenge for the new management is to surpass what the last management was able to achieve.

Luckily for Jamoh, he has been at the agency for over 32 years and knows how things are done there. Also, he has very competent hands in members of the board and staff of the agency.
For stakeholders in the industry, they are eagerly waiting what steps the Jamoh regime will take to resolve the three most pressing issues that the Peterside’s administration was unable to tackle.

The first and most important one is the issue of maritime security-the unending pirates’ attacks and abductions in Nigeria’s waters. Peterside was close to deploying the maritime security assets that the federal government invested $270 million in when he was removed.

Stakeholders are anxiously waiting for what plans the new management has to tackle the menace. Another pressing issue for Jamoh is the disbursement of the Cabotage Vessel Financing Fund (CVFF), a fund that Peterside promised to disburse severally, but failed to implement.
The other most pressing issue for Jamo is the Cessation of Carbotage waivers. Above all, the elusive International Maritime Organisation (IMO) category C seat has to be delivered by Jamoh.
The last but not the least is the deep blue project, which one can actually say has a connection with the first three highlighted above. Will Jamo succeed in tackling these critical issues in record time? Only time will tell.

The Assurance
As stated earlier, Jamoh resumed duty last week as the sixth DG of NIMASA since the merger of National Maritime Authority with Joint Maritime Labour Industrial Council to form NIMASA. Jamoh, who is the immediate past Executive Director, Finance and Administration, at the agency, promised to hit the ground running.
He lauded President Muhammadu Buhari for believing in merit, continuity and expertise in making appointments.

“First and foremost I want to appreciate President MuhammaduBuhari and his team for finding me worthy of this appointment. It simply shows the President believes in continuity and the need to ensure that technocrats are given opportunities to serve under his leadership,” he stated.
Jamoh assured stakeholders of his unwavering dedication to the progress of the industry, adding that the maritime sector offers a major platform for economic development.
He promised to build on the successes achieved by the outgoing Executive Management, which he had been part of in the past four years.

Jamoh, who is currently President of the Chartered Institute of Transport Administration of Nigeria (CIOTA), holds a Ph.D from the University of Port Harcourt, specialising in Logistics and Transport Management. He also has a Master’s Degree in Management from Korea Maritime and Ocean University, Post Graduate Diploma in Management Sciences from Bayero University Kano, and a Diploma in Accounting from Ahmadu Bello University Zaria.
The author of the maritime reference book, “Harnessing Nigeria’s Maritime Assets; past, present and future,” Jamoh is well grounded in the maritime industry with over 32 years of both professional and technical experience in the sector and has an exceptionally close working relationship with stakeholders in the industry.

Ochei is an Engineer and Lawyer. He was a 2019 All Progressives Congress (APC) governorship aspirant in Delta State. Ochei was elected Speaker of the Delta State House of Assembly’s 5th Assembly in 2011, a position he held till 2015.
Offodile is a Lawyer, author and politician. He was first elected into the House of Representatives in 1999 to represent Awka North/South Federal Constituency of Anambra State and was re-elected in 2003. Upon his re-election in 2003, Offodile was appointed chairman of the Public Petitions Committee. He graduated from the University of Nigeria, Nsukka (UNN) with LLB (Hons) 1987, attended the Nigerian Law School in 1988 and obtained a post graduate Diploma in Business Administration from UNN in 1994.

Stakeholders’ Expectations
Stakeholders in the nation’s maritime industry believe Jamoh’s appointment will bring development to the industry especially because of his vast knowledge of the maritime sector.
Speaking to newsmen in Lagos, the immediate past President of Nigerian Shipowners Association (NISA), Aminu Umar praised Buhari for the appointment, adding that Jamoh has a good understanding of the maritime sector.
Umar, who called for industry support for Jamoh said his presence in the management team of Dr. Dakuku Peterside meant he would continue from where the immediate past administration stopped.
According to him, “I wish him all the best as we all know, he is a veteran an insider and he is also a veteran in transport Administration because he is the president of CIoTA so, it is a better day ahead for the maritime industry.

“With his appointment, the presidency has put a round peg in a round hole and it is very different from bringing an outsider that is someone who will start learning the industry but Jamoh has been in NIMASA for so long and as part of the management team of NIMASA under Peterside.”

Also speaking, the former President, Shipowners Association of Nigeria (SOAN), Greg Ogbeifun, described the choice of Jamoh being an insider as a good development for the industry.
“It is a rare opportunity to have somebody who has been in the system over a couple of decades, who has seen it all both the bad and the ugly and does not need to be tutored on what the agency mandates are. This is the first time a true insider is being appointed as the DG and that to me is a very good development. He definitely will have his own strategy on how to deliver on the mandate.

“I am very comfortable with his appointment. Jamoh is somebody who has taken his time to develop himself career wise going by his profile. It means that he does not only have the practical experience or the field knowledge, he is also updating himself with the current industry requirement,” he said.

On his expectation from the new NIMASA DG, Ogbeifun urged Jamoh to ensure the timely disbursement of CVFF and also use his wealth of experience to build indigenous capacity as well as address challenges of maritime security in Nigeria’s maritime domain.

A member of the Steering Committee of the Nigerian Shipowners Association (NISA), Taiwo Akinpelumi, who also hailed the appointment of Jamoh, said he is a round peg in a round hole given his years of experience in the industry.
He urged him to use his appointment to foster greater collaboration with industry stakeholders to redirect the industry towards greater heights.

He said: “I consider the appointment of Jamoh to be in order. Apart from having been in the system for so long, he has some requisite credentials that qualify him to occupy the position. Such as but not limited to; his years of experience in the maritime industry, his academic qualifications, his author of some books and papers on some maritime related issues, and most importantly, willingness to come onboard to implement stakeholders’ agenda in the industry.

“I believe his tenure will be for the stakeholders. And you can’t agree less with me that a robust engagement of stakeholders will be one of the major catalysts to the growth and development of a veritable maritime industry.”
On his part, Chairman, Port Consultative Council (PCC) Otunba Kunle Folarin said: “We are glad that an insider has been considered for the office of the DG because the industry has been pushing for a long time that an industry person rather than only politicians be considered for the office of the DG, which is highly sensitive in the areas of maritime administration and policy.”

Also, Anambra State Government expressed appreciation to Buhari for appointing Chudi Offodile as an Executive Director in the new NIMASA board.
The Commissioner for Information and Public Enlightenment, Mr. Don Adinuba, said: “Offodile is eminently deserving of the appointment. He is, in fact, worth everything in gold.” 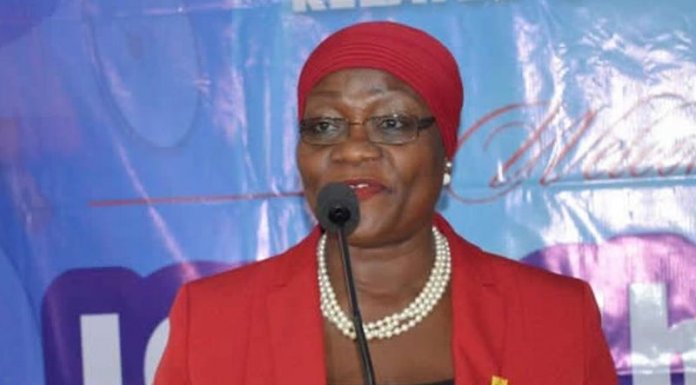