The full year 2019 results of the five tier 1 banks have shown a significant shift towards savings deposit mobilisation as the financial institutions recorded 32 per cent growth in their savings deposits, which rose to N4.252 trillion, from the N3.208 trillion they realised the previous year.

The banks are Zenith Bank Plc, Guaranty Trust Bank Plc, United Bank for Africa Plc (UBA), Access Bank Plc and FBN Holdings.
The development was attributed to the aggressive campaigns and reward schemes by the banks.

Also, the drop in the interest rate on fixed income securities has also made the banks develop strategies to remain dominant in the retail segment of the market.

A breakdown of the results compiled by THISDAY showed that Access Bank posted 195 per cent growth in savings deposits, from N267 billion recorded in 2018, to N789 billion in 2019.

The significant increase recorded by Access Bank was due to the bank’s merger last year with the defunct Diamond Bank.

Also, Zenith Bank’s savings deposits increased by 25 per cent to N614 billion, up from N492 billion the previous year.

Similarly, Guaranty Trust Bank posted an 18 per cent savings deposit growth of N676 billion in 2019, up from N572 billion the previous year.
Also, the five banks raked in a total of N18.887 trillion as customer deposits, their financial results for the year ended December 31, 2019, have revealed.

The amount represented an increase of 23 per cent, compared with the N15.365 trillion the commercial banks garnered in the comparable period of 2018.
This showed that the financial institutions have remained aggressive in their deposit mobilisation and are not impacted negatively by the incursion by some financial technology companies in the lending space.

According to the results compiled by THISDAY, the combined amount of loans disbursed by the five banks to their customers between January and December 31, 2019, increased by 25.7 per cent, from N8.475 trillion in the full year 2018, to N10.654 trillion as at the end of 2019.

A breakdown of the results released by the respective banks showed that Zenith Bank’s profit after tax rose from N193 billion in 2018, to N208.8 billion in the year under review.

It was the first Nigerian bank to cross the N200 billion mark.

Also, it secured increased customer deposits across the corporate and retail space as deposits grew by 15 per cent to close at N4.26 trillion, while total assets increased by seven per cent from N5.96 trillion to N6.35 trillion.

In addition, the bank created new risk assets as gross loans grew by 22 per cent from N2.016 trillion to N2.462 trillion.

UBA’s audited results for the full-year ended December 2019, also showed that the bank’s total assets also grew by 15.1 per cent to N5.6 trillion during the year under review.

The Central Bank of Nigeria (CBN) recently said the banking industry capital adequacy ratio, liquidity and other prudential ratios have remained within desired levels, whilst the non-performing loans’ (NPLs) ratio, in particular, reduced further to 6.1 percent as at end December 2019, from 6.6 percent at end-October 2019.

“The key challenge for the bank will be to sustain this positive industry risk profile, notwithstanding continued growth in credit driven by the LDR policy,” the central bank had stated. 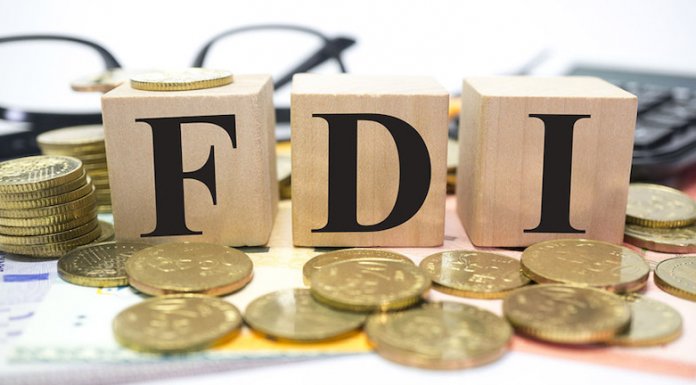 Before Investor Confidence is Dampened in Power Sector

EFCC Urged to be Caution Over Security Votes Trial of Governors