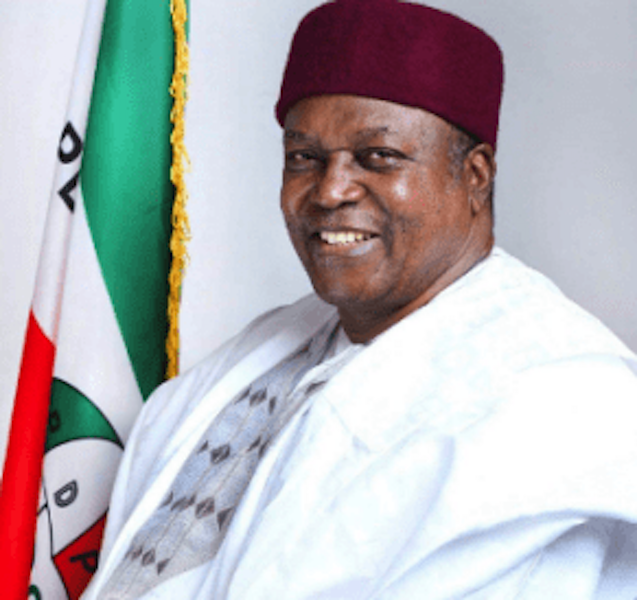 The prolonged absence of Taraba State Governor, Mr. Darius Ishaku, from the state and his non-transmission of power to his deputy, Alhaji Haruna Manu, has deepened the controversy over the governor’s absenteeism.

While the All Progressives Congress (APC) in the state called for the handing over of power to Manu, in line with the constitution, the deputy governor and the Speaker of Taraba State House of Assembly, Hon. Joseph Albasu Kunini, faulted the call and accused the opposition party in the state of mischief.

Ishaku left Jalingo, the state capital, for Abuja shortly after he presented 2020 budget to the State House of Assembly on December 19, 2019, and has since not returned to the state.

While in Abuja, he had travelled to the United Kingdom where he was said to have undergone surgery on one of his legs and thereafter returned to Abuja and has remained there since then.

But Ishaku’s Special Adviser on Media and Publicity, Mr. Bala Abu, told journalists that the governor was advised to remain in Abuja by his doctors and he would not stay at the nation’s capital longer than necessary.

Abu said Ishaku was involved in a domestic accident from which he sustained a minor injury and was recuperating.
He, however, noted that the governor is discharging his official duties and responsibilities without any hindrance, particularly award of contracts, payment of salaries of civil servants, employment and distribution of employment letters to civil servants, among many others.

But the governor’s prolonged stay outside the state is generating controversy as the All Progressives Congress (APC), which is the main opposition party in the state has accused the governor of breaching the provisions of the 1999 Constitution, particularly section 190 (1) and (2).

The party flayed the governor for failing to hand over to his deputy just as it accused the State House of Assembly of negligence for its failure to transmit power to the deputy governor.

The Chairman of APC in the state, Mr. Ibrahim El-Sudi, in a telephone interview with THISDAY, stated that though his party sympathized with the governor over the domestic accident he had, the provisions of the constitution must be adhered to.

“We, the APC in Taraba State, are not happy with the absence of the governor for the past 84 days. We understand that he had a domestic accident. We sincerely sympathise with him but our position is that the right thing has to be done. Our demand is not out of malice or mischief but adherence to the rule of law.

“The 1999 Constitution as enshrined in section 190 (1) (2) specifically spelt out that whenever the governor would be out of the state for a specific period of time, he should transmit a letter to the House of Assembly transmitting the instrument of the state government to the deputy governor.

According to him, APC is prepared to pursue the matter to a logical conclusion as it has commenced moves to explore every legal option to ensure compliance with the constitution.

But the state House of Assembly speaker criticised the APC for allegedly attempting to subvert the constitution.
Kunini told THISDAY in a telephone interview that the section does not contemplate or envisioned the scenario the APC was portraying, adding that there is no justification for calls on the governor to transmit power.

He said: “The governor is in Abuja and he is working. The government is running smoothly. Section 190 (1) and (2) does not stipulate that the governor should transmit power when he is in Nigeria and he’s performing the duties and functions of his office.

The deputy governor also faulted the position of the APC, describing as mischievous its call on the legislature to transmit power to him.

He said the governor’s absence had not affected governance in any form.

In a statement signed by his Press Secretary, Alhaji Lawal Kona, Manu dissociated himself from the APC’s challenge and condemned the call, saying it is an attempt to cause disaffection within the government and score cheap political goal.

“The Taraba State Deputy Governor, Haruna Manu, has noted with dismay, the smear campaign going around, especially in the social media by some mischievous persons that Darius Ishaku should hand over to him as acting governor.

“Deputy Governor Manu has dissociated himself from such agitators and condemned their actions in the strongest terms. The unwarranted call by these mischief-makers is no doubt a ploy to cause disaffection within the administration in order to score a cheap political goal. Their plans to instigate mistrust within the polity will definitely fail,” he said.

Manu also warned those he referred to as ‘rabble-rousers’ to desist from attempting to distract the leadership or inflame the emotions of the people of the state. 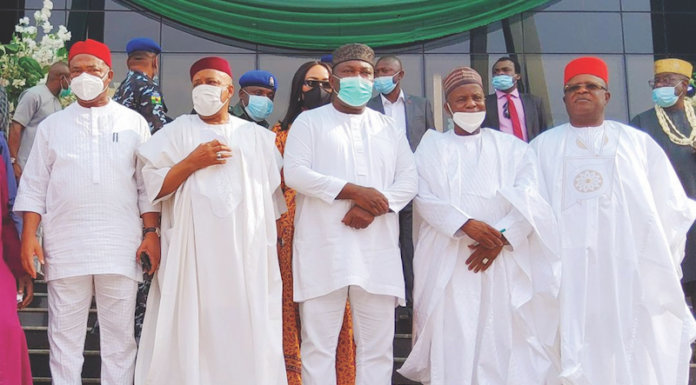